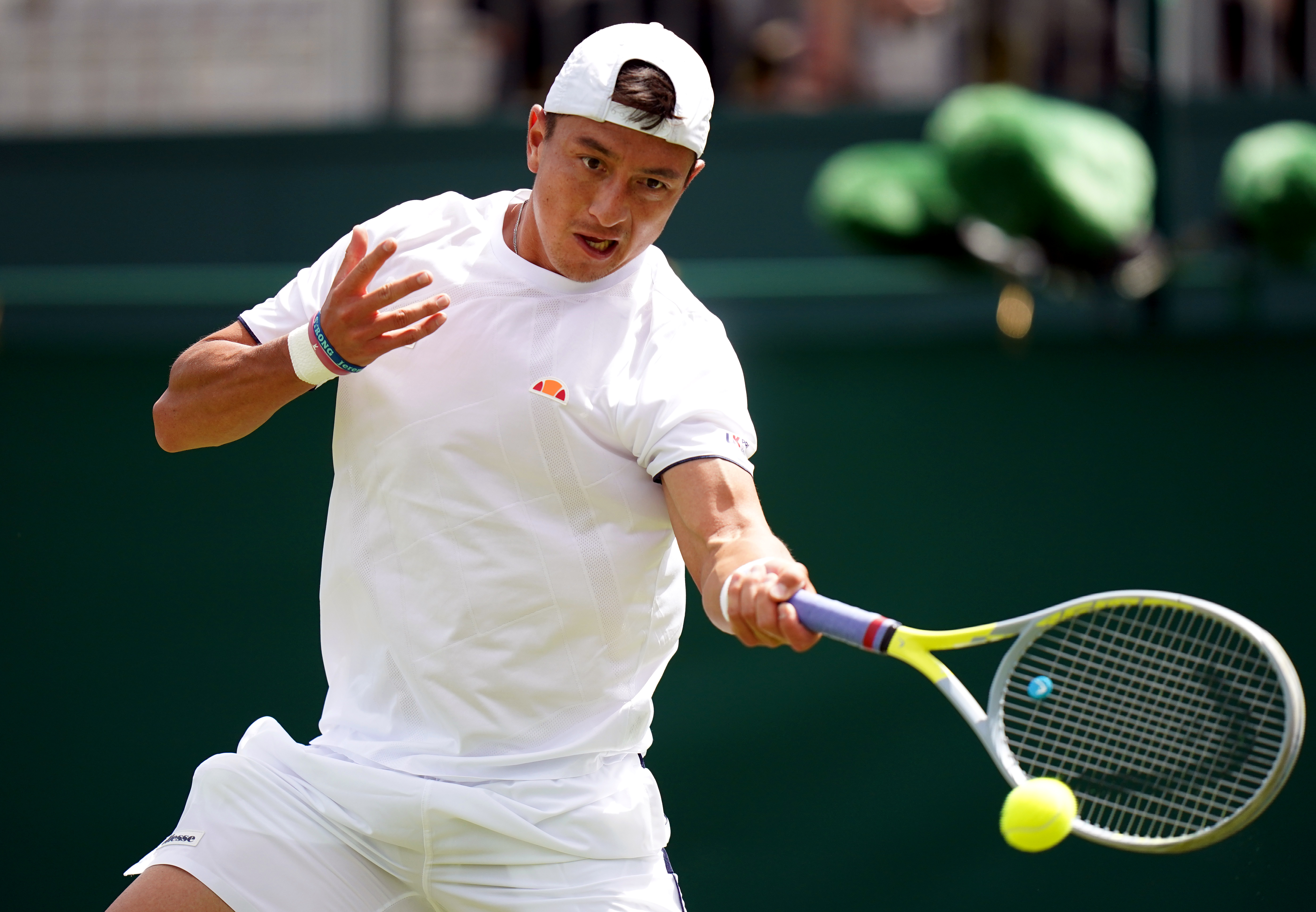 It was a busy day for British hopes at Wimbledon on Tuesday as 11 home players were in action in the first round.

1.03pm: It was a great start for the Britons as Ryan Peniston, who has had an excellent grass court season, marked his Wimbledon debut with a 6-4 6-3 6-2 win over Henri Laaksonen.

"I've seen a lot of success and thought, you know, why can't I do that as well?"@ryanhpen chats his amazing @Wimbledon debut, Brits inspiring each other and his memories of coming to #Wimbledon as a kid 👇 pic.twitter.com/8aOfAVfZLG

1.23pm: Katie Swan became the first casualty of the day as she was beaten 4-6 6-4 6-4 by Marta Kostyuk. In a match that was postponed on Monday, Swan took the opening set, but the Ukrainian came back.

1.57pm: There was more disappointment as Jay Clarke exited to Christian Harrison in a contest that started on Monday. The British number seven went down 7-6 (3) 6-1 7-6 (6).

2.16pm: A hat-trick of British losses was completed with defeat for Sonay Kartal. The Brighton player had her opponent changed at short notice due to a withdrawal but suffered a 6-4 3-6 6-1 loss to Dutch lucky loser Lesley Pattinama Kerkhove.

"These are the moments you dream of as a little girl"

This is what a first round win means to @HeatherWatson92 💚 💜#Wimbledon pic.twitter.com/pHFEpFUDIJ

3.41pm: Heather Watson stopped the rot with an impressive win on Court One. In another match that could not be finished on Monday, Watson came back to win the deciding set against Tamara Korpatsch to seal a 6-7 (7) 7-5 6-2 success.

5.47pm: It was a memorable day for Jack Draper as he recorded his maiden grand slam victory, beating Belgian Zizou Bergs with an impressive 6-4 6-4 7-6 (4) win.

8.09pm: The biggest surprise of the day came late on when British number two Dan Evans lost in straight sets to Jason Kubler. The Australian, 29, was making just his second appearance at Wimbledon and first since 2018 but hammered Evans 6-1 6-4 6-3.

8.50: Katie Boulter ensured the day would end on a winning note as she became the sixth British success. Boulter, on her way back from injury, had too much for Frenchwoman Clara Burel, winning 7-5 6-3.