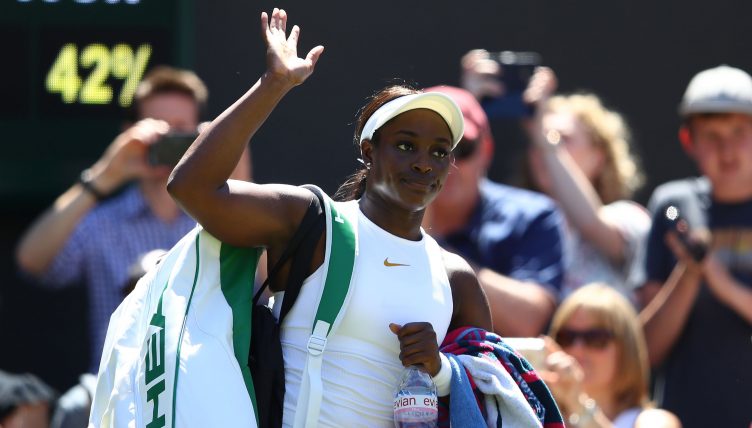 US Open champion Sloane Stephens became a big-name casualty on day one of Wimbledon.

The fourth-seed, who reached the final of the French Open last month, looked badly out-of-sorts as she fell 6-1 6-3 to world number 55 Donna Vekic.

“I always try to be aggressive,” she told the BBC.

“I struggled with my serve in the wind but hopefully I can improve.

“I played all the tournaments on grass coming here and that has helped me.”

2017 semi-finalist Magdalena Rybarikova was also on the receiving end of a shock, losing in straight sets to Sorana Cirstea.

However, there were much more routine opening round matches for Caroline Wozniacki and Venus Williams.

A come-from-behind victory@Venuseswilliams is through to the second round with a 6-7(3), 6-2, 6-1 win over Johanna Larsson#Wimbledon pic.twitter.com/If8f4D2xW5

Williams, meanwhile, who lost last year’s final to Garbine Muguruza, eased into the second round despite losing the opening set against Sweden’s Johanna Larsson.