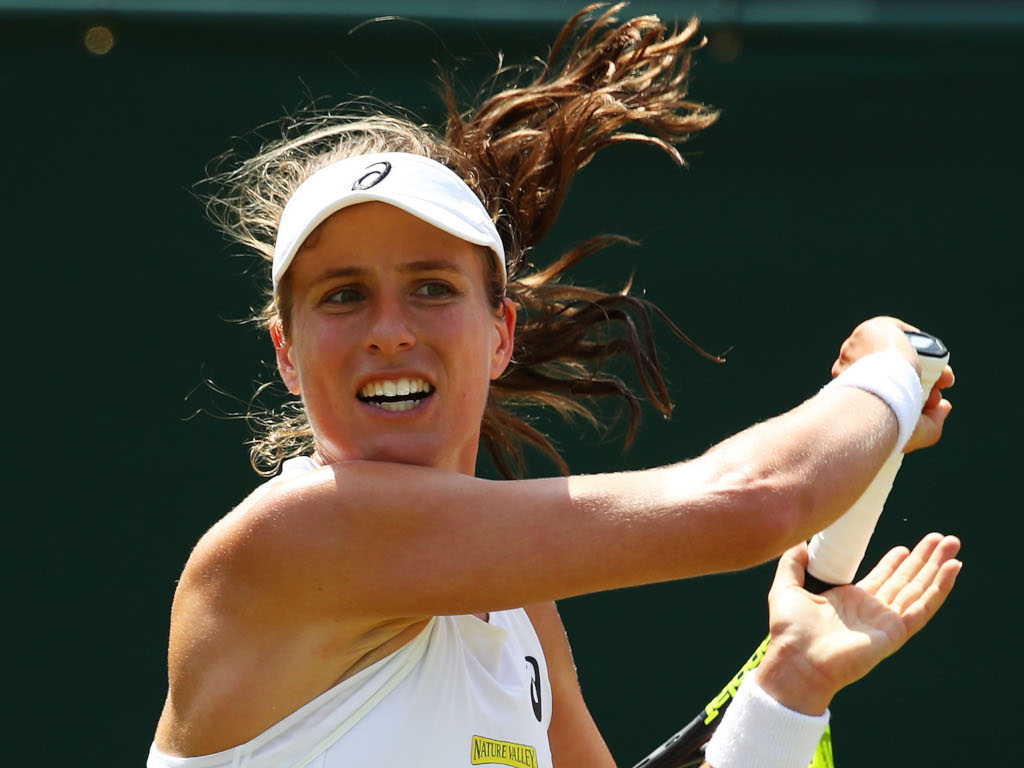 Johanna Konta eased into the second round of Wimbledon while the Australian trio of Ashleigh Barty, Daria Gavrilova and Sam Stosur also advanced.

British No 1 Konta has struggled with her form in the build-up to this year’s grass-court Grand Slam, but she looked solid against Natalia Vikhlyantseva.

The British No.1 is off the mark.

2017 semi-finalist @JohannaKonta reaches the second round of #Wimbledon with a 7-5, 7-6(7) victory over Natalia Vikhlyantseva pic.twitter.com/3CCqqc3uwL

The 17th ranked Barty had too much for Stefanie Voegele as she beat the Swiss player 7-5, 6-3.

🇦🇺 @Daria_gav strolls into the second round of #Wimbledon with a 6-2, 6-3 win over 🇺🇸 @cdolehide.

She sets up a possible blockbuster second-round match with 🇦🇺@bambamsam30. #7Tennis pic.twitter.com/nwoShc1aMD

And it will be an all-Australian affair in the second round as Gavrilova will face former US Open winner Stosur, who beat Shuai Peng from China 6-4, 7-5.