The Longest Match gallery: We will never see its like again 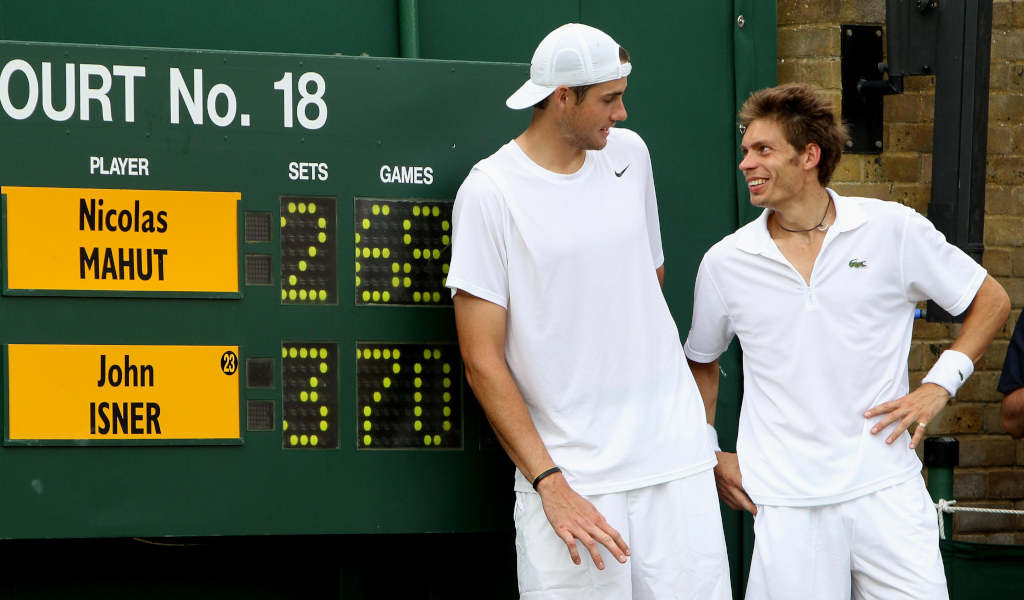 The introduction of fifth-set tiebreakers at all four Grand Slams brings with it the end of an era, and just about guarantees that John Isner’s victory over Nicolas Mahut will remain the longest match in history.

What started as a ding-dong match between a big server in Isner and a determined Mahut, would become an epic match for the ages despite the first four sets going by without anything remarkable happening before play was suspended due to bad light.

Isner failed to convert four match points over the course of a full day of play that still failed to separate the two.

By the end of the day a considerable crowd had gathered and chanted ‘we want more’ as play was suspended.

Isner clearly held an edge but just could not convert his dominance into the win, try as he might, although credit must go to Mahut for his dogged determination.

While the chair umpire and players had no choice in the matter, the linespeople and ball boys and girls at least got to rotate out during the course of the amazing fifth set.

Neither man was able to find a break during their second day of action on court.

At 68-68 Mahut had a half chance after going up 0-30 on the Isner serve but the American powered out of trouble with his big serve.

For all its charm and headline-grabbing the match caused considerable scheduling headaches for organisers.

The crowd lapped it up though, swelling as the match went on and on.

The scoreboard failed before either man’s serve faltered, with IBM programmers called in after the board reached what was thought to be a sensible limit.

Isner collapsed after sealing the win, while Mahut was shattered.