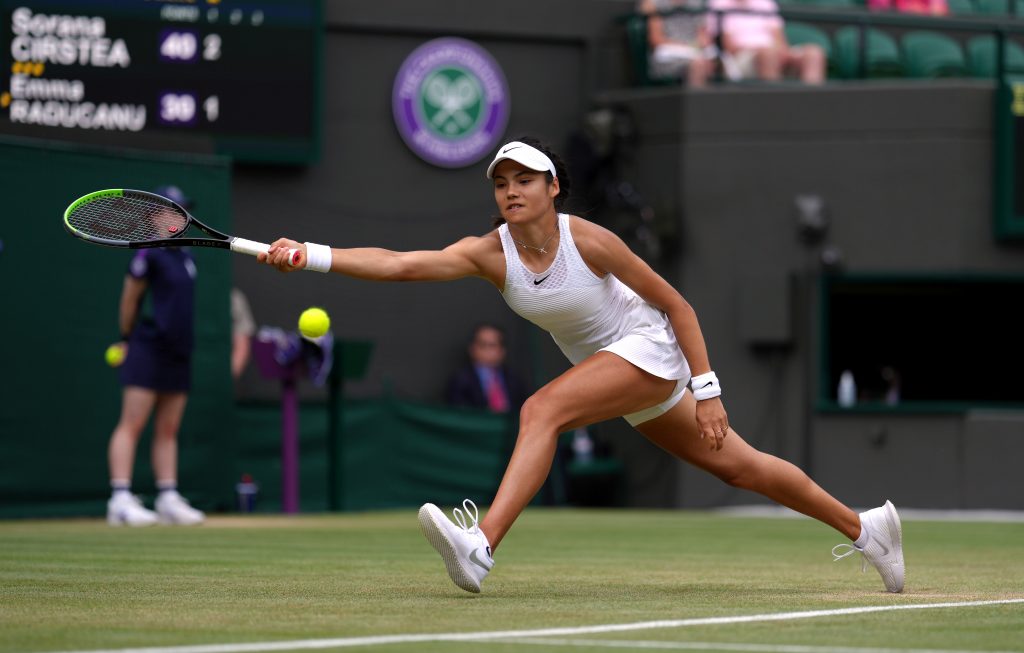 The pressure valve should be released on Emma Raducanu at Wimbledon, with former SW19 favourite Tim Henman speaking from experience as he told Tennis365 about the strain of playing in your home major.

Raducanu is returning to the tournament that kick-started her career a year ago as she aims to match or better her achiement of reaching the fourth round in 2021.

Yet Henman suggests the teenager who went on to win the US Open in remarkable fashion should not be burdened with pressure at this formative stage of her career, as she has time on her side to push for a Wimbledon title.

“There is an expectation there, but it is something you can’t control,” said Henman, speaking to Tennis365 at a Play Your Way To Wimbledon event. “I was getting blamed for the weather and when that happens, you know expectations are a little too high!

“She has got a very wise head on young shoulders and the two things she can control are her prepartion and performance. That is what she should be focusing on.

“The way she played in New York (at the US Open) was just incredible. You think of all the greats in our sport and no one has ever qualified and made the final of a Slam, let alone reach a final and win it.

“The ability is there and we just have to stay patient. If things don’t go according to play at Wimbledon this year, she has got many more ahead of her.”

Injuries have affected Raducanu’s ambitions over the last 12 months, with the 19-year-old often being hampered by niggling problems that continued as she pulled out of the Rothesay Open Nottingham earlier this month.

That injury has hampered Raducanu’s pre-Wimbledon build-up and Henman believes improving her physciality will be as important as fine tuning her game as she aim to win more big titles.

“He preparation has not been ideal and no one will be more frustrated than Emma herself because she wants to be out there competing,” added Henman.

“The matches she has lost this year on tour, very little has been about her tennis. It’s been more to do with the physicality. She needs to build up that resilience and have time away from tournament play to buiuld up thiose training blocls.

“From 12 months ago, it has just been non-stop and the opportunity she had at the end of last year was ruined because she got Covid and was stuck in a hotel room for three weeks.

“So she has had plenty of bumps in the road, but you have got to stay patient because she is on a long journey and is going to be fine.”