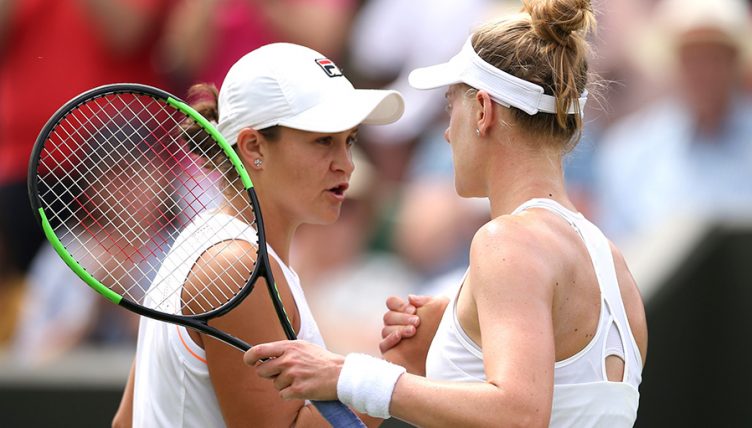 American Alison Riske has cause a major Wimbledon unset by dumping top seed and world number one Ashleigh Barty out of the competition.

Riske, known for her prowess on grass, was a big underdog against Barty, who came to SW19 on the back of winning the French Open last month.

However, despite winning the first set with ease, Barty crumbled and the brilliant Riske was simply too good for her.

“I’ve been ready to battle every day that I go out there and that’s really shown in all my matches.

“I couldn’t begin to say what it means to me. To have overcome the matches the way I have is what I’m most excited about.

“Getting to the quarter-finals is amazing but what’s most exciting for me is the way I’ve been fighting.

“I haven’t been starting out fantastic in all my matches. I had confidence that if I could keep my service game I could get looks on her serve.

“The grass definitely brings out the best in me. Hopefully it will rub off and happen in other places too. I think my game is just well-suited to it.

“I love being at Wimbledon. Today I told my fiance, ‘I don’t want Wimbledon to end’.”