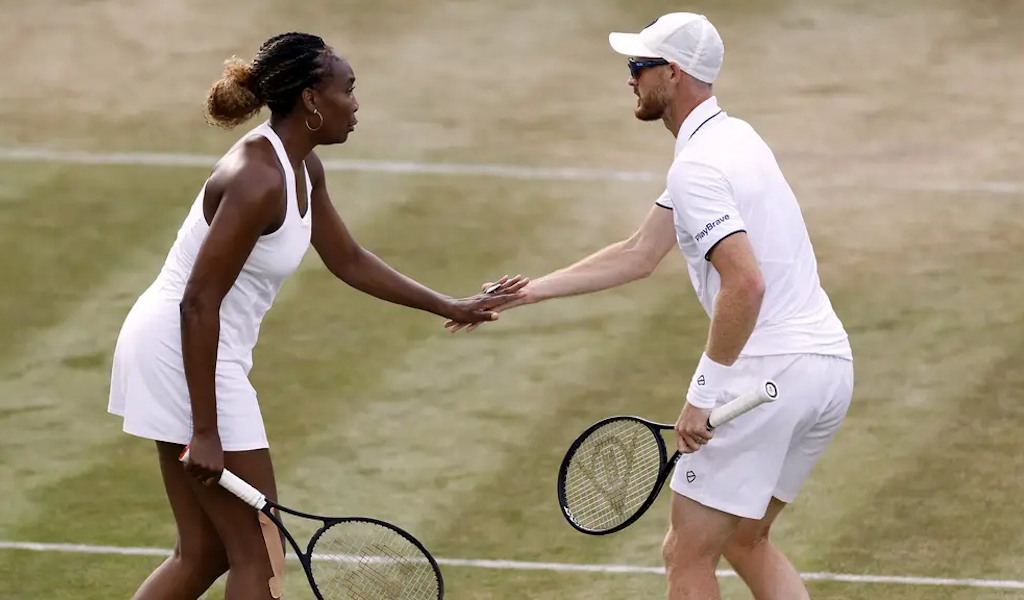 Jamie Murray and Venus Williams are out of the Wimbledon mixed doubles after losing a marathon second-round encounter to Britain’s Jonny O’Mara and Alicia Barnett.

The fledgling partnership had five match points in an epic deciding tie-break but ended up losing it 18-16.

The defeat means Scot Murray and American Williams did not manage to emulate siblings Andy and Serena, who reached the third round when they teamed up in 2019.

Williams, 42, had not played competitively since last August but requested a wildcard to appear at the Championships for a 24th year.