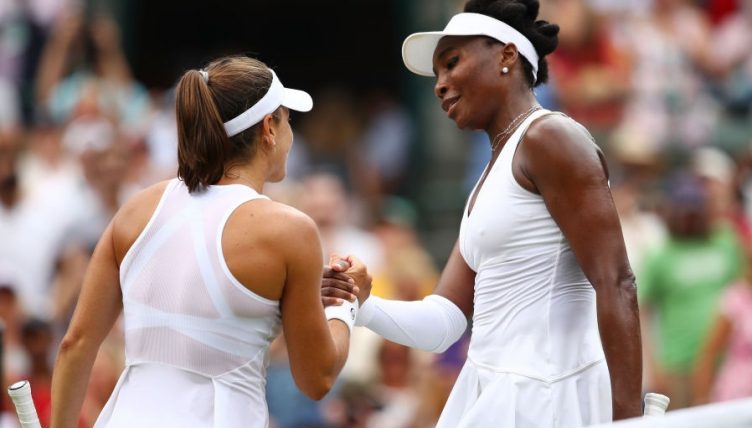 Venus Williams had to come from a set down to beat world number 141 Alexandra Dulgheru in the second round of Wimbledon.

It took almost two hours for the five-time Wimbledon champion to secure a 4-6 6-0 6-1 victory and set up a third round meeting with Kiki Bertens.

Meanwhile, in one of the main attractions on Centre Court, Victoria Azarenka bowed out of the competition with a 6-3 6-3 loss to seventh seed Karolina Pliskova.

Pliskova will face Mihaela Buzarnescu in the next round after the Romanian defeated Britain’s Katie Swan.

The 19-year-old was comfortably seen off 6-0 6-3 in her first appearance in the second round of a Grand Slam.