Venus Williams on teaming up with Jamie Murray at Wimbledon: ‘I was inspired by Serena’ 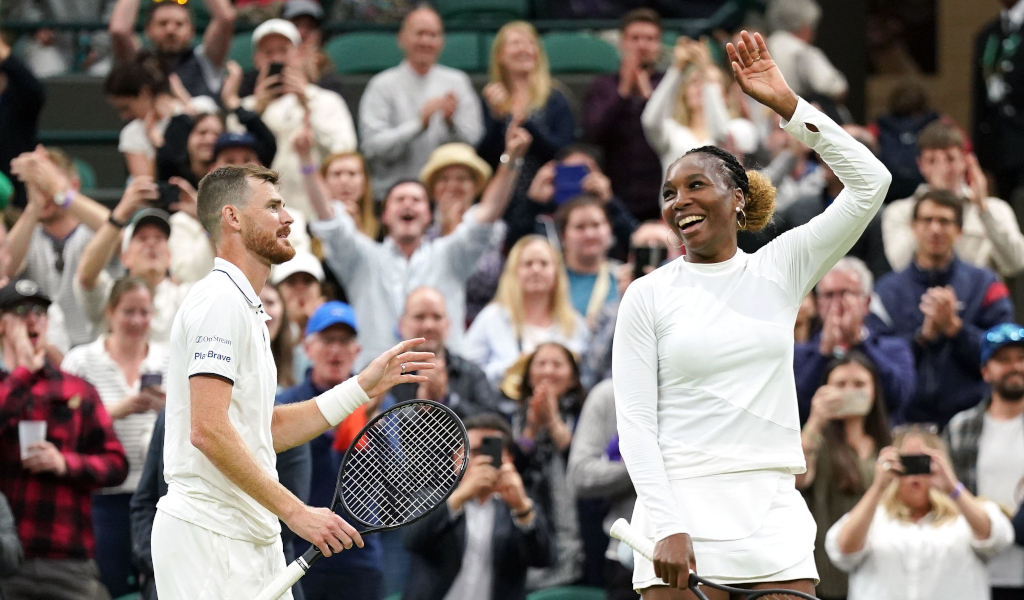 The Venus Williams-Jamie Murray mixed doubles partnership got off to a winning start at Wimbledon, but it only came about because Williams was inspired by sister Serena’s singles excursion.

Serena made her comeback after a year on the sidelines, going down in three sets in the first round against Harmony Tan, but it set off a spark in older sister Venus.

The seven-time Grand Slam winner, who had not played any competitive tennis since August 2021, was not going to compete until she saw her sister play and then decided to give Murray a call and the rest was history.

Following in the footsteps of Andy Murray and Serena, who teamed up at Wimbledon in 2019, the latest Williams-Murray team beat Alicja Rosolska and Michael Venus 6-3, 6-7 (3-7), 6-3 on Friday.

Back on the grass and back on the winners list 👏@Venuseswilliams and @jamie_murray progress in the mixed doubles defeating Venus/Rosolska, 6-3, 6-7(3), 6-3 #Wimbledon pic.twitter.com/ofFyn2LlOP

Former world No 1 Williams explained after the match how her return to action came about.

“I’ve been trying to play with him forever. He plays hard to get,” the American joked.

“It’s one of the only ones I haven’t won, so I usually put a little more priority here. It was definitely super last minute. Just inspired by Serena. Like I said, it was amazing. I just was so happy to have so much help today.”

Williams added: “I had no plan to play but I saw the grass and I got excited.

“I had no plans. That’s why I was asking him last minute. He just had a baby, too, so I know there’s a lot going on.

“Definitely I couldn’t have guessed that I would be here right now, taking it at the last minute. I haven’t played in a year so you don’t know what you’re going to get.

“Practice is so much different from a match. It’s not easy physically or mentally or anything. Just at the last it was like, oh my God, wow.