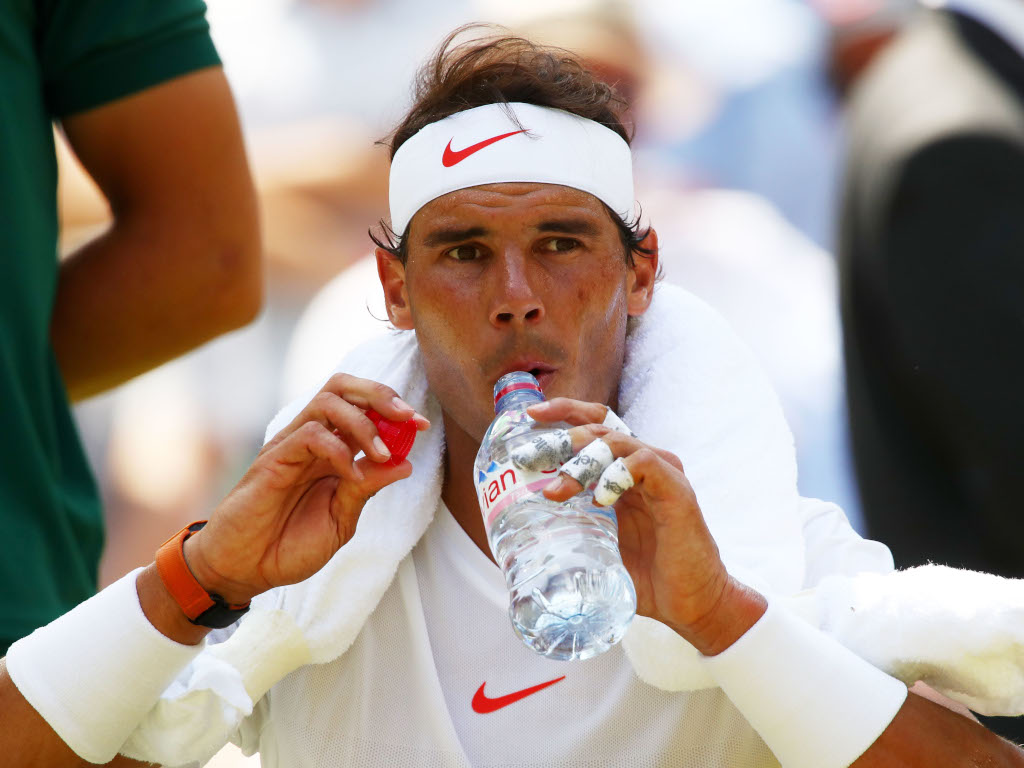 Even Rafael Nadal wants to know if “Football Is Coming Home” this summer.

The two-time Wimbledon winner eased into the fourth round at SW19 with a straight sets win over Australian Alex De Minaur on Saturday afternoon.

His clash finished just as England’s FIFA World Cup quarter-final against Sweden got underway, and in the post-match Wimbledon press conference the 17-Grand Slam winner had one thing on his mind.

“England is coming home or not?”

England beat Sweden 2-0 to reach the semi-finals of the World Cup and if there is another good omen for Harry Kane’s men it’s the fact that Sir Bobby Charlton was one of those who were in the Royal Box to watch Nadal.

Charlton, of course, was part of the England team when they won the World Cup in 1966.

“I’m just happy to be through. Playing in front of these people [including golfer Sergio Garcia and Sir Bobby Charlton] is a big,” Nadal said.