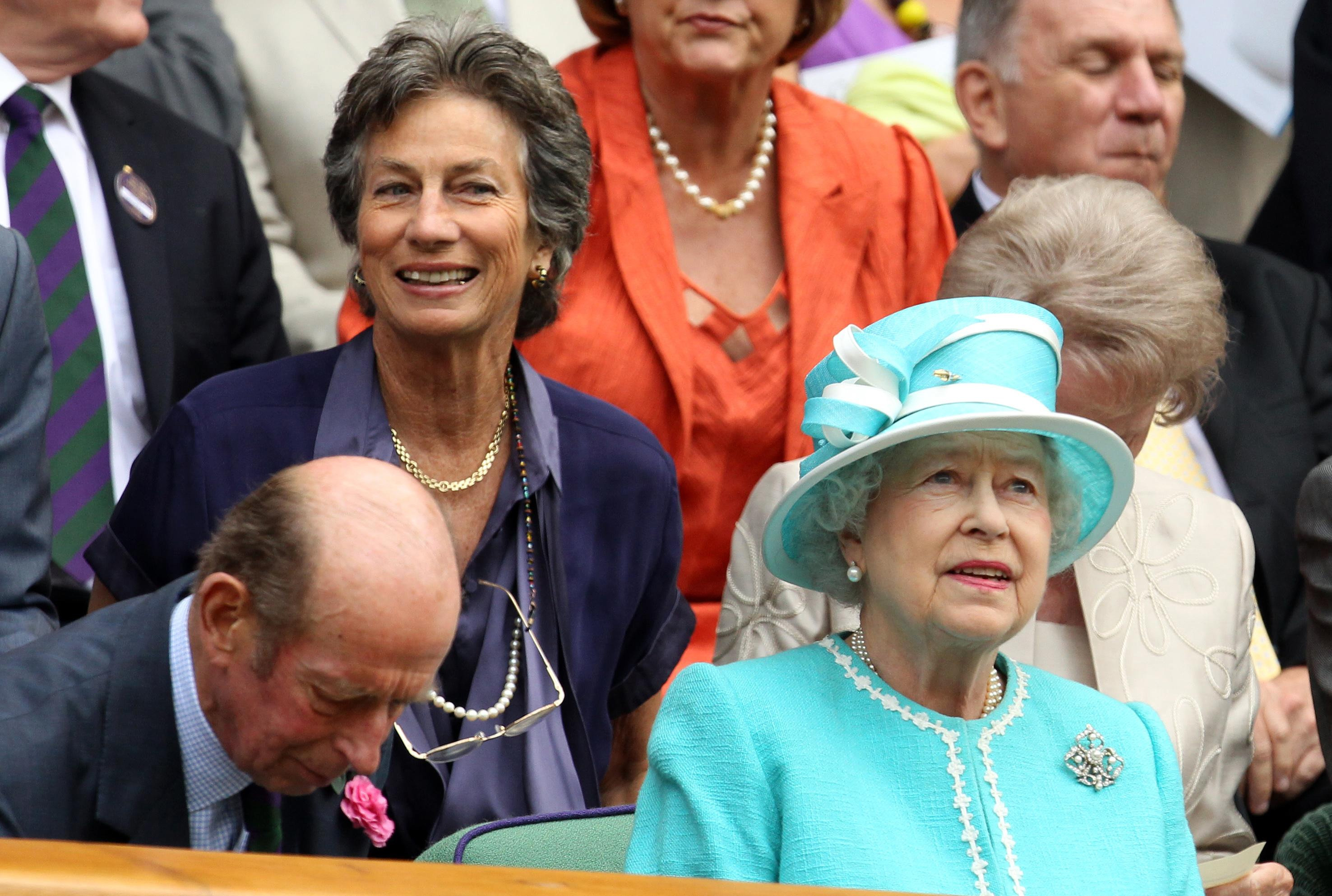 Virginia Wade has paid tribute to the Queen as a “down to earth” person who helped her fulfil her destiny at Wimbledon.

In one of the All England Club’s most famous moments, the Queen presented Wade with the trophy in 1977 on one of only four visits she made to Wimbledon.

Wade also spent time with Her Majesty on her next visit in 2010 and treasures the link between them.

She spent Thursday watching the TV coverage from her home in New York and told the PA news agency: “I was totally wrung out by the end of the day watching it all.

“Not only is it a very sad thing but also such an extraordinary historical story and all the stages of her life. It was very moving to watch. I think when somebody dies when they’re older it’s a different sort of grief. It’s very final.

“She was for so many years a link to the past. The Queen was just an extraordinary person. I know she meant so much to so many people but to me she really meant a lot.

“She was the extra motivation for me to get to the final of Wimbledon and then win. I was fortunate enough to get invited to Buckingham Palace in a very small group with the Queen. I was very fortunate when the Queen came to Wimbledon in 2010.

“We sat at lunch at a small table. There was Roger Taylor, Ann Jones, Angela Mortimer. I think there were only eight of us. Roger was completely taken with her. She was so intelligent, just completely on the ball.

“Every meeting you had with the Queen was memorable. I had quite a few just shaking hands and not saying anything but it was really special to get to know her in a small way, to find there was a real person at the other end and with no airs and graces.

“She was the most important woman in the world and she was totally down to earth. She had a very definite sense of humour and she was very warm but I don’t think she stood any nonsense at all.”

Their 1977 meeting is the one that has gone down in history, as the Queen marked her Silver Jubilee by presenting the trophy at the women’s final and Wade resolved to be the one receiving it.

Wade was nearly 32 and had won the US Open and Australian Open titles several years before but had never been beyond the semi-finals at Wimbledon.

“They closed the entries for Wimbledon about six weeks before and I was thinking, ‘I’ve never fulfilled my potential at Wimbledon and I’m running out of time here’,” she said.

“Then I heard that the Queen was coming and I literally said to myself, ‘I’m going to be there. It might be my one and only chance and I’m going to win’. So I had this destiny in a way.

“It was a motivation because everybody gets very nervous at all these big events so the determination has to override the trepidation.”

Footage of Wade receiving the trophy, her pink cardigan matching the Queen’s outfit, has been shown numerous times since and remains one of the monarch’s most famous sporting occasions.

Wade, who remains the last British woman to win the title, said: “There was so much noise going on and singing from the crowd that I could only read her lips, which I think said, ‘Well done’. I said, ‘Excuse me’ because I couldn’t hear the first time, and the second time I didn’t hear much better.

“I know tennis wasn’t her favourite sport and it was such an honour for her to be there.

“It’s been very special for such a long time but we’re running out of people with the memories of it. The people who’d say, ‘Oh my daughter was born on that day’, or, ‘We were given the afternoon off school to watch’.

“It gets repeated so often so it is close in your memory. It’s beyond an honour to be linked to her.”