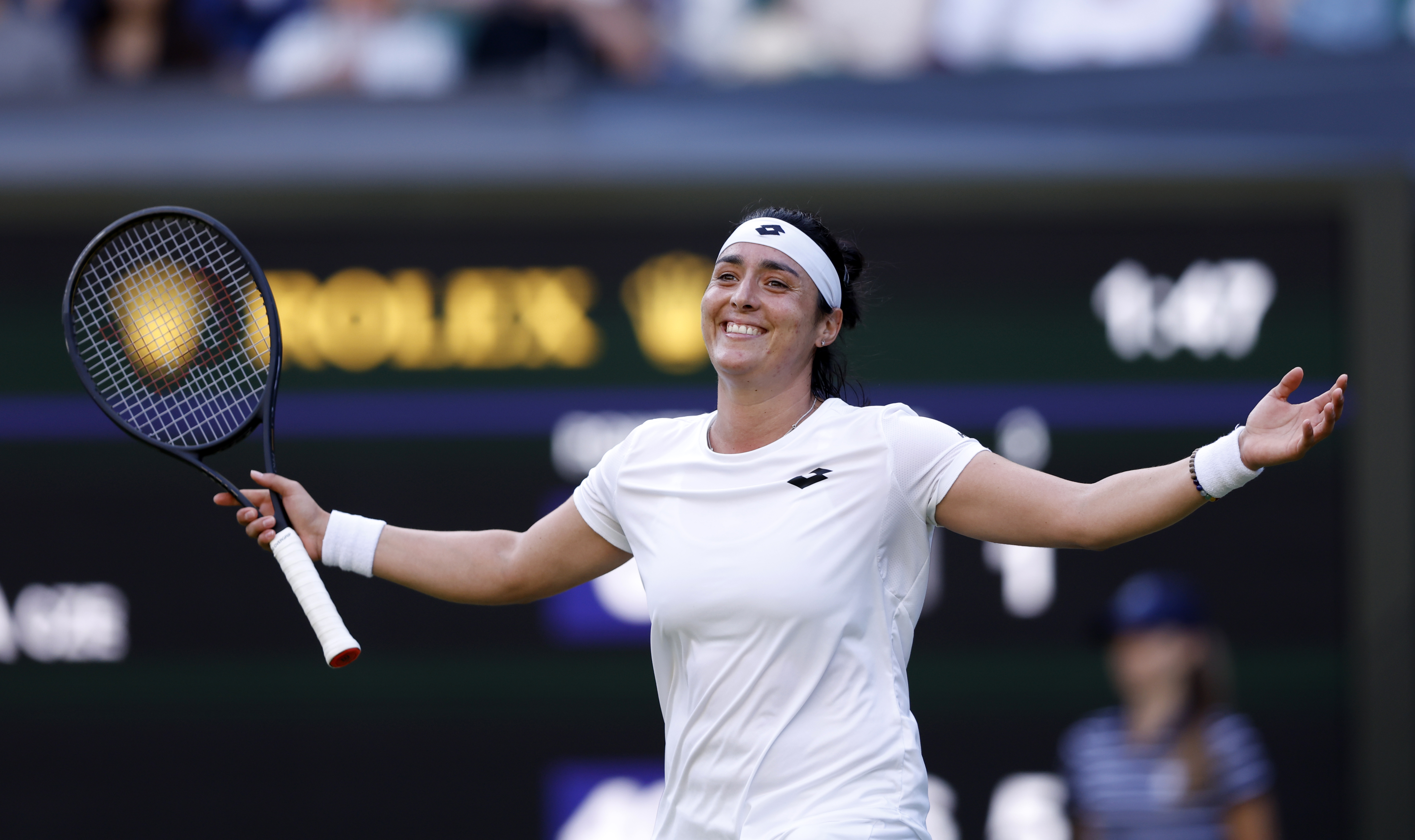 Ons Jabeur has once again shown the world why she was very nearly lost to tennis as other sports came calling, by pulling off an outrageous piece of shotmaking brilliance at Wimbledon.

There are shots of great importance that aren’t necessarily memorable but Jabeur produced a dazzler that will live long in the memory as she blocked Tatjana Maria’s attempt to hold serve.

Jabeur was a target for handball scouts and has shown a willingness to improvise on court that suggests she could thrive in most sports.

She is also a lover of football and says that she always has energy for a kick about.

Jabeur credits football with helping her be a tireless performer on the tennis court.

“Everything started with football because I’m a huge football fan,” she said at Eastbourne.

“I feel when I step on the court it’s like playing football for me. Usually when I do that, I’m never tired, I’m always enjoying myself so that’s why maybe I’m having a great time there.”

The Tunisian even hinted that she would be dipping into her bag of tricks on the grass court swing.

“Also my game suits very well the grass,” she said. “You can really disturb a lot of players, the slices, the drop shot, you can never know if I’m hitting or changing the rhythm so I think that’s a big advantage for me.

“And the fact that I can adapt my game also on grass could help me really get more wins. Also winning a lot of matches on it, I think, gives me more and more confidence.”

Jabeur was tipped as a potential French Open contender but went out early on her favoured surface.

However, she has put that disappointment behind her, claiming a maiden title on grass in Berlin and reaching her first Grand Slam final at Wimbledon.

She mused: “Everything happens for a reason, you know? French Open wasn’t the best for me and now I get rewarded with Berlin because I stayed patient and moved on with the disappointment of Roland Garros,” she said. “But I’ve seen myself here, I wanted to be No 1 in the world and hopefully it’s getting there. Just someone has to stop Iga, really.

“Just a lot of sacrifices and a lot of hard work and it’s finally paying off. I feel this season, especially when I start saying I want to win more titles, I want to be top five, I want to be a Grand Slam champion, I feel like everything is getting in order. I feel I’m someone if I say something out loud it happens, you know? For some reason it puts a good pressure on me, I don’t know what’s happening but it’s working so I’ll keep doing that, for sure.”