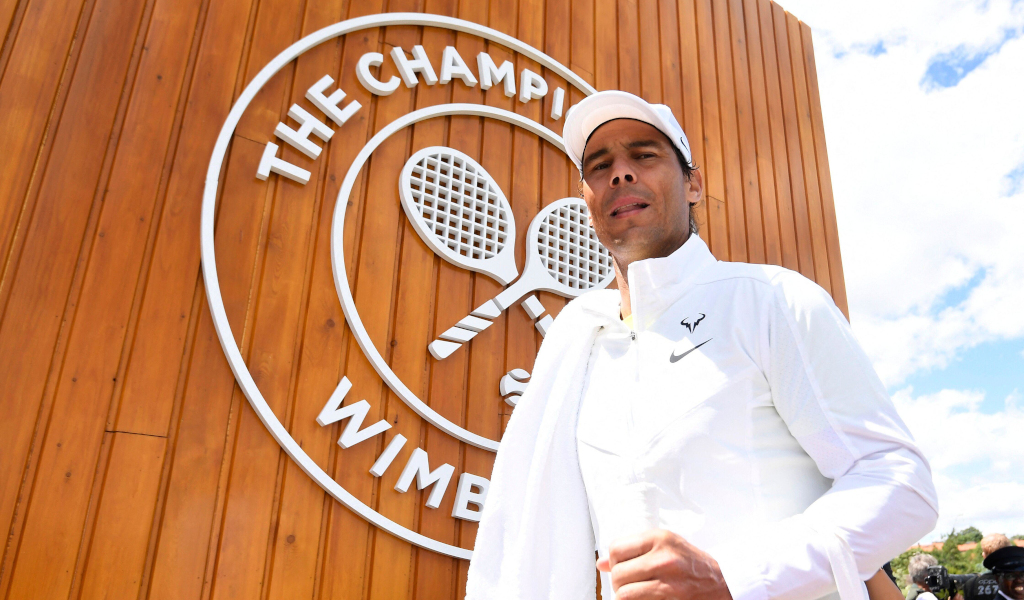 His Wimbledon campaign didn’t end the way he had hoped, but Rafael Nadal still took time out to thank and say goodbye to Wimbledon staff as he made his way home following his withdrawal from the tournament.

The 22-time Grand Slam winner pulled out on the eve of his semi-final against Nick Kyrgios due to a 7mm tear in his abdomen, which he aggravated during his victory over Taylor Fritz from the United States earlier in the week.

“I made my decision because I believe that I cannot win two matches under these circumstances,” he said. “I can’t serve at the right speed; I can’t do normal movements.

“I can’t imagine myself winning two matches like this, and for respect for myself in a way, I don’t want to go out there and not be competitive enough to play at the level I need to play at to achieve my goal.”

On Friday before Nadal made his way back to Spain but before he left the All England Club Tennis Club, he gave staff hugs and kisses one by one and thanked them all for their help over the fortnight.

Nadal’s withdrawal meant Nick Kyrgios received a walkover into his first-ever Grand Slam final and he will take on six-time champion Novak Djokovic in Sunday’s Championship match on Centre Court.