This article was produced in association with bet-at-home as part of our coverage ahead of Wimbledon.

Wimbledon does not generally capture the imagination with its mixed-doubles pairings, but Andy Murray and Serena Williams have changed that this year. However, they aren’t the only pairing to keep your eyes on…

There is no doubting who the stand-out prestige mixed doubles pairing is at Wimbledon this year.

Between them, Andy Murray and Serena Williams have nine Wimbledon singles titles to their name, and both are unquestioned legends of the modern era.

Serena also has a mixed doubles Wimbledon title in her extensive collection of trophies, after winning the tournament alongside Max Mirnyi in 1998 – her first ever Grand Slam title of any kind.

Murray, though, is far from a doubles specialist, although he has had plenty of practice lately with this Queen’s Club title.

There is also a rather worrying question mark over this duo regarding fitness. Murray is, of course, coming back from nearly two years on the sidelines, and he himself is still unsure of how his surgically repaired hip will withstand to the demands of Grand Slam tennis, especially given he is also competing in the men’s doubles.

Williams, meanwhile, has struggled with a knee injury all year, and she will be hoping to go deep into the women’s singles competition too.

Nevertheless, it is a true mixed doubles super-team and one that is sure to enrich Wimbledon this year. 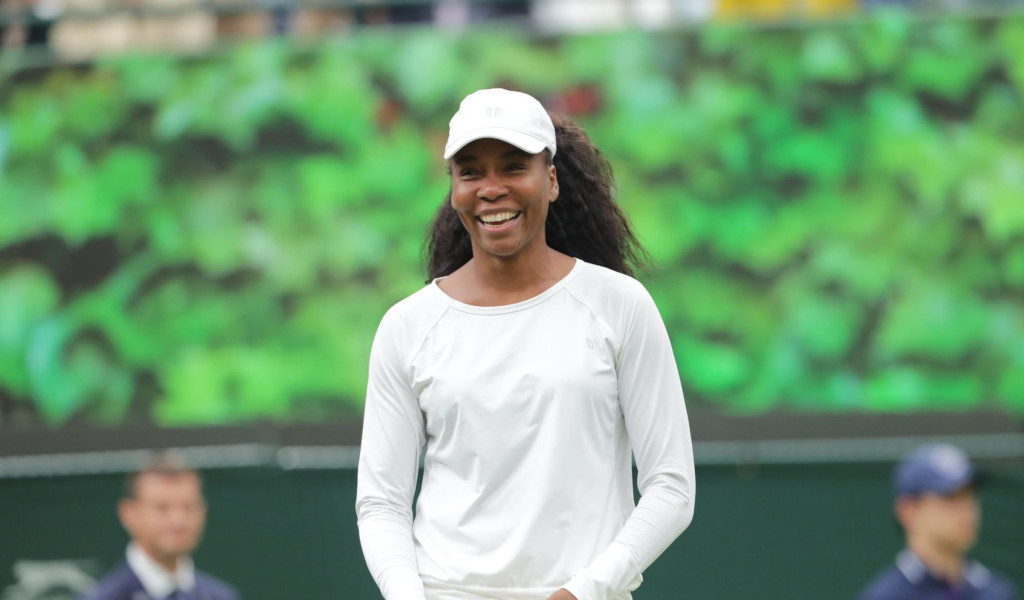 Serena’s decision to play with Andy Murray this year has almost left sister Venus at a loose end, but she has found a powerful ally in rising American star Frances Tiafoe.

Venus, like Serena, has mixed doubles Grand Slam titles to her name, actually beating Serena and Mirnyi in the final of the French Open back in 1998. She is also already out of the singles competition, so should be fresh to focus on doubles success, so they could potentially be an outside bet with bet-at-home.

Tiafoe, meanwhile, is the great young hope of American men’s tennis, but he may need nurtured through the competition by Venus if they are to be successful.

While Venus can boast over 200 career doubles matches, Tiafoe has less than 30.

It is, however, a fascinating pairing that puts the USA’s tennis past together with its future, and in terms of name value it’s right u there in the draw.

If you fancy a double on the men’s and women’s singles or doubles champions, bet-at-home are offering a £100 sports betting voucher should your bet win.

In many ways it’s almost a shame that Jamie Murray didn’t team up with Venus Williams. That said, perhaps the prospect of a match on Centre Court featuring both Murrays and both Williams’ may have just been too exciting to process, so maybe it’s for the best that we’ll not have to worry about it.

Despite the name value of other contenders, Jamie Murray and Bethanie Mattek-Sands are the pedigree pairing here and are rightly seen as one of the favourites with bet-at-home.

Both are doubles specialists, both are former doubles world number ones, and both are vastly experienced yet still close enough to their peak to be expected to perform.

They have also tasted major success together before, winning the US Open mixed doubles last year.

Between them, they have a stunning 14 Grand Slam doubles titles to their name although, interestingly, Mattek-Sands has never tasted success at Wimbledon.

They are not seeded, but they must be considered among the favourites for the tournament.

This may not be a super-team right now, but it could be a future one, and Clarke and Gauff have already left their mark on the tournament regardless of what happens in the mixed doubles.

With a combined age of just 35, there is little question that there will be no expectations attached to this particular pairing.

15-year-old Gauff, though, has already beaten Venus Williams in the singles, and Brit Clarke beat enjoyed a 4-6, 7-5, 6-4, 6-4 success against American qualifier Noah Rubin to earn a dream match against Roger Federer.

Clarke has already cited Gauff as an inspiration after her vanquishing of Venus Williams, saying: “What she did was unbelievable. I’m not sure going into the match she believed she could do it. She was well prepared.”

Just how far that inspiration can take them in the mixed doubles is doubtful, but they are certainly a pairing worth keeping your eye on.