Wimbledon 2019: What can we expect from Britain’s male tennis players at SW19?

Wimbledon is almost upon us and hopes will be high that there can be a strong British run in the tournament, but who might shine in the men’s singles?

Edmund will carry all the genuine hopes of a British winner in the men’s singles competition at Wimbledon, and the jury is very much out on whether he is worthy of them.

The reality is, however, that he is the best ranked of the British men competing at SW19, and he will have every opportunity to play himself into the hearts of the home crowd.

He doesn’t necessarily have to win it to do that. Simply a good run in the competition and a display of bulldog spirit will see him celebrated.

It won’t be easy for him, though. Even if he can shoulder the pressure, he is coming into the tournament nursing the knee injury that forced him out of the French Open.

“I just wasn’t happy with my knee,” said Edmund, 24, as he withdrew from Roland Garros. “I don’t know if I will need time off or if Wimbledon is now a doubt. Obviously I hope not.

“I will try and do everything I can. Who knows if it will be more or less of a problem on grass. I haven’t played with it on grass. Until I get on there, I don’t really know.”

He has dropped to number 31 in the world so will hoping that surgery, which he describes as “a last resort” will not be required.

Despite his struggles with injury at the moment, Edmund is certainly capable of making an impression at Wimbledon – and his odds are available with bet-at-home ahead of his first-round match. Last year he was unlucky to run into eventual winner Novak Djokovic early on, so he will be hoping for a kinder draw this time around so he can build some early momentum.

bet-at-home are offering a bet £50 get £50 back as a free bet, so you can take advantage of that to back Kyle Edmund in round one risk-free.

23-year-old Cameron Norrie has quietly climbed the rankings as Edmund has slid down them, until now there is actually only 21 places between them.

Norrie has gained a lot of traction there over the last year, with him starting 2018 ranked as low as number 93 in the world. Now he is in the top 50 and reaching finals, and you have to start considering him a realistic contended for the British number one spot that Edmund currently holds.

However, Wimbledon is going to be tough for Norrie, and I think he knows it.

Unlike most British players, Norrie is not very comfortable on grass. Over the course of his career, he has only won 77% of his games on grass, which just isn’t enough to give yourself a chance at Wimbledon.

If you’re being broken in a quarter of your service games, it means you need two breaks to win any given set rather than one, and that’s a big ask at a place like Wimbledon.

Norrie, though, is a confident character. “Grass isn’t my most favourable surface but it’s a great challenge for me,” he admitted before last year’s tournament.

“[But] I think I can play well and, if I’m serving well, I think I’m going to be dangerous out there and pretty tough to beat.

Whilst Norrie isn’t comfortable on grass, Dan Evans really couldn’t be happier on the traditional surface of British tennis, where he is in great form right now.

Evans has been a controversial character, twice being stripped of his Lawn Tennis Association (LTA) funding and has had numerous run-ins with former coaches over his off-court attitude and a lack of discipline. 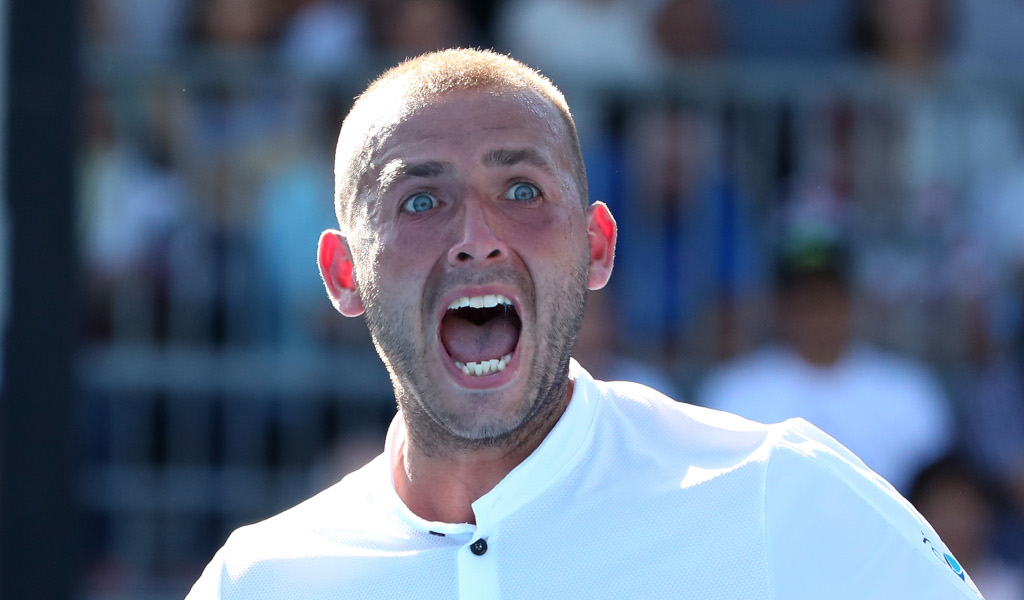 As recently as April 2018 he had no world ranking but was 189th in January 2019 and 70th after winning the Challenger event in Surbiton this month.

“I have worked hard to get back where I am in the top 100 and am playing well,” he said.

“I don’t think about where I could get to at Wimbledon, but if I make it to the fourth round then who knows.”

“It really couldn’t have gone any better,” Evans added on Surbiton. “It was great to get a lot of tennis under my belt.

“I played five matches and got better and better with each round, and I am really happy with my form.

“The grass courts suit me and my game. I like to get into the net. I enjoy playing on grass, and winning in Surbiton was a great start.”