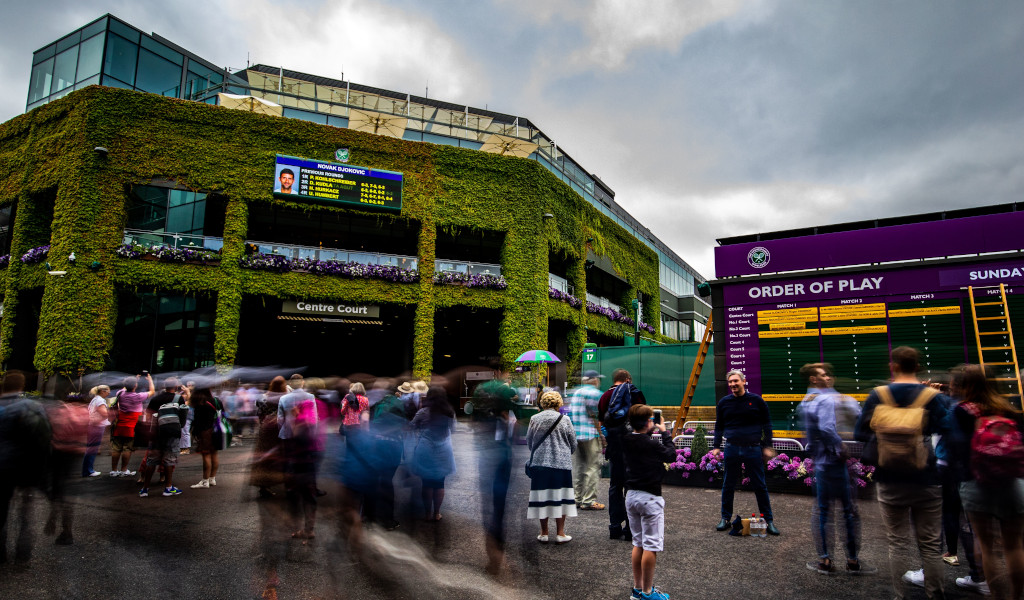 The 134th edition of The Championships is just around the corner and we give you a quick lowdown of the important things to remember for Wimbledon 2021.

If you are into technicalities, then 2021 tournament should have been the 135th edition, but of course last year’s event was cancelled – or rescheduled if you like – with Wimbledon falling victim to the coronavirus pandemic. In case you didn’t know, it was the first time since World War II that The Championships was cancelled.

But back to Wimbledon 2021 and it will be the last time that there will be no play on the “Middle Sunday” as from 2022 the traditional rest day will fall away as the All England Club will follow in the footsteps of the other three Grand Slams.

Where does Wimbledon take place?

The All England Lawn Tennis and Croquet Club in Church Road, Wimbledon, London, has hosted the tournament since 1877.

What’s different at this year’s tournament?

The coronavirus pandemic was always going to have an impact on this year’s event, but thankfully there is light at the end of the tunnel.

– After initial fears that it could be a behind-closed doors event, The All England Club has confirmed that fans will be admitted to watch the event with 21,000 spectators – half the normal capacity – allowed in each day. However, there is good news as the gentlemen’s and ladies finals will have capacity crowds on Centre Court on Championship Saturday and Championship Sunday.

– No queues will be allowed as all tickets will be sold online and ticket holders will have to show proof of their Covid status -either two vaccinations or a negative test for those aged 11 and above.

– Once inside the grounds, you have to wear face coverings, but you can remove it when you are seated.

Who are absent from this year’s event?

Rafael Nadal is the biggest star missing from Wimbledon 2021 with the two-time champion withdrawing from the tournament as well as the Tokyo Olympics in order to prolong his career.

Barely a few hours after Nadal pulled out, four-time Grand Slam champion Naomi Osaka also announced she won’t feature at this year’s event as “she is taking some personal time with friends and family”.

Other big names missing are Stan Wawrinka (who is recovering from foot surgery) and David Goffin (ankle injury).

Simona Halep is your ladies’ defending champion and her final was a walk in the park compared to the Djokovic match as she brushed aside Serena Williams 6-2, 6-2 to win the Venus Rosewater Dish for the first time.

Colombian pair Juan Sebastian Cabal and Robert Farah are the gentlemen’s defending champions while Hsieh Su-wei from Taiwan and Czech Barbora Strycova won the 2019 ladies’ doubles. However, the duo won’t pair up this year as Strycova has retired.

What about the seedings and draw for this year’s event?

The qualifying tournament at Roehampton kicked off on Monday June 21 and will be completed on Thursday June 24.

Both the gentlemen’s and ladies’ finals will start at 14:00 BST (13:00 GMT) on Championship Saturday and Championship Sunday, respectively.

The BBC is one again your go-to place as BBC One, BBC Two, BBC iPlayer and the red button will have action. And in case you didn’t know, all matches will be broadcast in HD this year while there is also action on BBC Radio 5 live sport.

Eurosport UK will also broadcast action from The All England Club while Eurosport will also cover most European countries.

ESPN and Tennis Channel cover the United States, TSN Canada will have coverage in Canada, Nine is the main broadcaster in Australia, Canal Plus International (Afrique) will service Africa and SuperSport will have action in South Africa.

He has won the first two Grand Slams of 2021 so unsurprisingly Novak Djokovic is the overwhelming favourite to win Wimbledon this year and he is 10/11 with Planetsportbet.com to win a sixth title.

Roger Federer has not exactly set the world alight following his return to action after double knee surgery and he is 8/1 to win a ninth Wimbledon trophy. Or how about Queen’s Club champion Matteo Berrettini at 16/1?

On the women’s side, Ashleigh Barty is a tidy 5/1 with with Serena Williams 13/2 and Bianca Andreescu 10/1 at Planetsportbet.com.

Former champions Petra Kvitova and Garbine Muguruza are also 10/1 while teenager is 16/1 to win her maiden Grand Slam title.