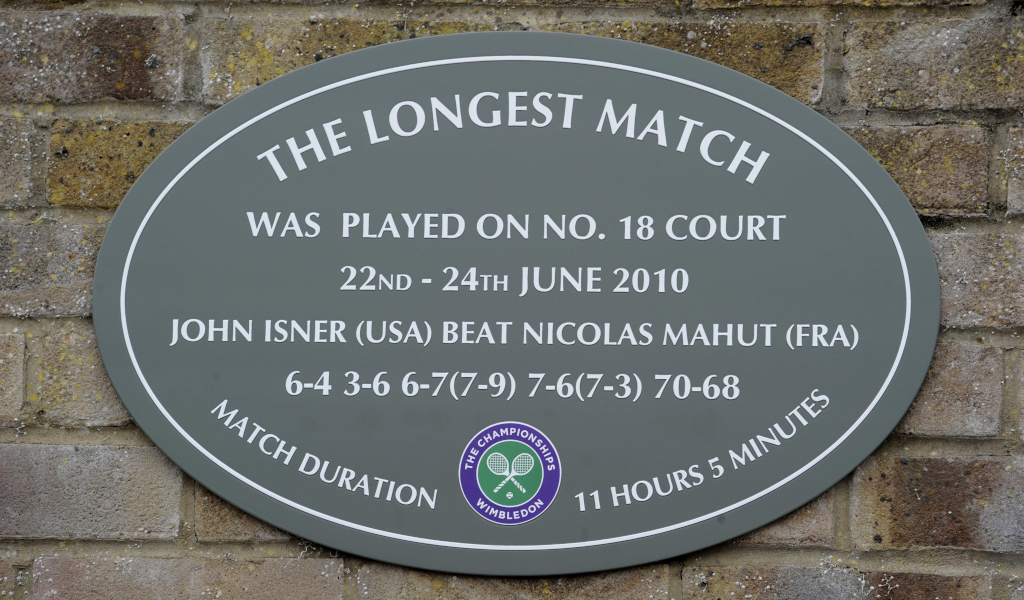 A 10-point tie-break will decide the final set at the Australian Open, French Open, Wimbledon and US Open with immediate effect with the Grand Slam Board opting for “greater consistency”.

The regulation change will first run on a trial basis and will be adopted at Roland Garros.

Starting at this year’s Roland-Garros, all four Grand Slams will use a 10 point tie-break to decide final sets when the score reaches six games all.

A statement read: “The Grand Slam Board’s decision is based on a strong desire to create greater consistency in the rules of the game at the Grand Slams, and thus enhance the experience for the players and fans alike.

It means the days of record-breaking final sets are over as there will be no repeat of John Isner and Nicolas Mahut’s 70-68 final set.

The duo took 11 hours and five minutes to complete the match at Wimbledon in 2010 while eight years later Kevin Anderson’s win over Isner at the All England Club had a 26-24 final set.

The statement continued: “The Grand Slam Board plan to review the trial during the course of a full Grand Slam year, in consultation with the WTA, ATP and ITF, before applying for any permanent rule change.”