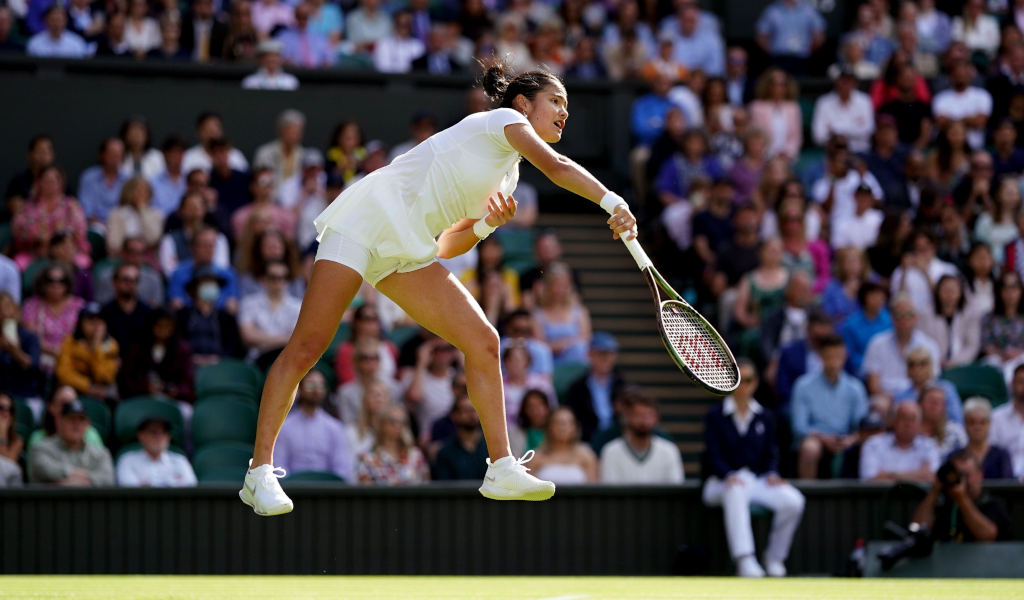 Emma Raducanu and Andy Murray delighted the Centre Court crowd at Wimbledon with impressive day one wins while defending champion Novak Djokovic set another record in his first-round success.

Raducanu and Murray’s SW19 preparations had been dogged by injury fears but both were able to allay any concerns by progressing into round two along with fellow British hopeful Cameron Norrie.

Two suspensions of play occurred at the All England Club due to brief showers but it failed to dampen spirits on the opening day.

Here, Tennis365 takes a look at some of the best action.

Flying the flag for Ukraine

Victory for Ukraine duo Lesia Tsurenko and Anhelina Kalinina at Wimbledon means there will be at least one player from the war-torn country in the last-32. Tsurenko got the better of Briton’s Jodie Burrage and it was followed by Kalinina beating Anna Bondar to set up a meeting between the compatriots.

Both spoke after their wins about the mental toll the war is having on them but their second-round clash will help keep the spotlight on Ukraine’s plight.

“This is the main thing that I would wish to happen, that we get a lot of heavy weapons,” Tsurenko said. “We just want to remind that Ukraine is in trouble and we need help.”