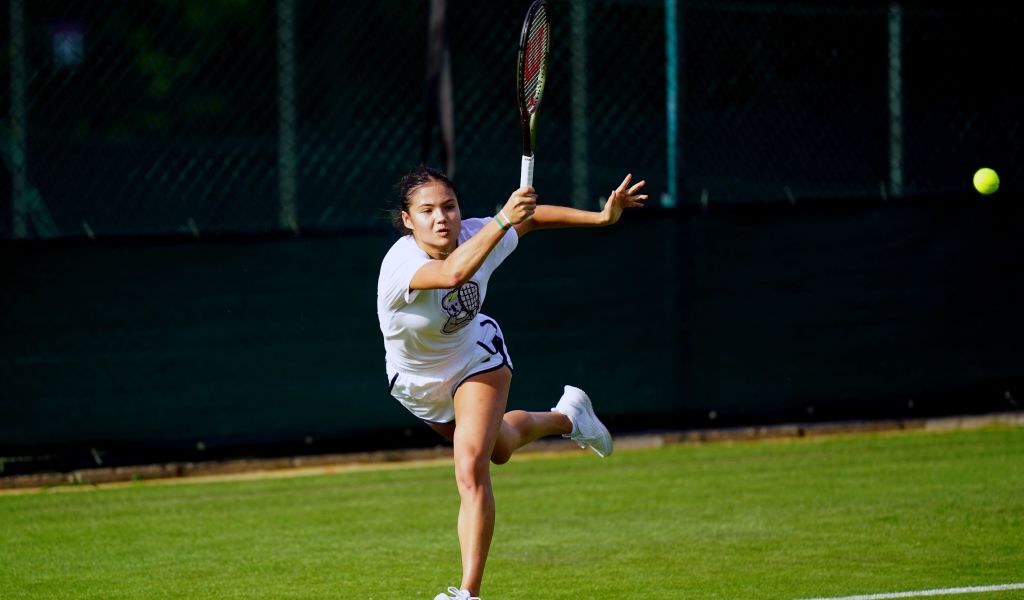 Emma Raduanu will make her Wimbledon Centre Court debut, after it was confirmed her match against Belgium’s Alison Van Uytvanck will be second match on the most famous tennis arena in the world on Monday.

Rumours that Radcanu may be forced to pull out of Wimbledon due to injury have been circulating in recent days, as she struggles to recover from the side strain that forced her to withdraw from the Rothesay Open Nottingham earlier this month.

The US Open champion pulled out of a planned practice session at Wimbledon on Friday as she continues to battle with her latest injury problem, but she did complete her media duties at the All England Club on Saturday and is now expected to play.

Novak Djokovic will have the honour of opening up proceedings on the Centre Court, as the defending champion takes on Korea’s Soonwoo, with Raducanu’s match set to be second on Centre Court before Andy Murray takes on Australia’s James Duckworth.

Former British No.1 John Lloyd believes Murray is a real dark horse to shine at Wimbledon this summer, as he told Tennis365 the former two-time Wimbledon champion could go deep into the second week if he stays fit.

Speaking to this website as he launched his new autobiography Dear John, Lloyd suggested Murray could be a real contender for the title on his favoured surface.

“If he’s fit, the draw works out and he doesn’t get too close to Novak Djokovic, I believe he could get to the semi-finals,” Lloyd told us in an exclusive interview.

“He is capable the way he has been playing, he loves this surface and there are a lot of gaps in the draw with (Alexander) Zverev out, (Daniil) Medvedev and (Andrey) Rublev out, so he has a chance.

“Writing off Andy Murray is just a mistake, I’m afraid. When you are as great as he is, you just prove people wrong.

“He believes he is hitting the ball as sweetly as he did in his prime five or six years ago. He really believes the players above him are not that good and he believes when he is fit, he can beat them. And I tend to agree with him.”