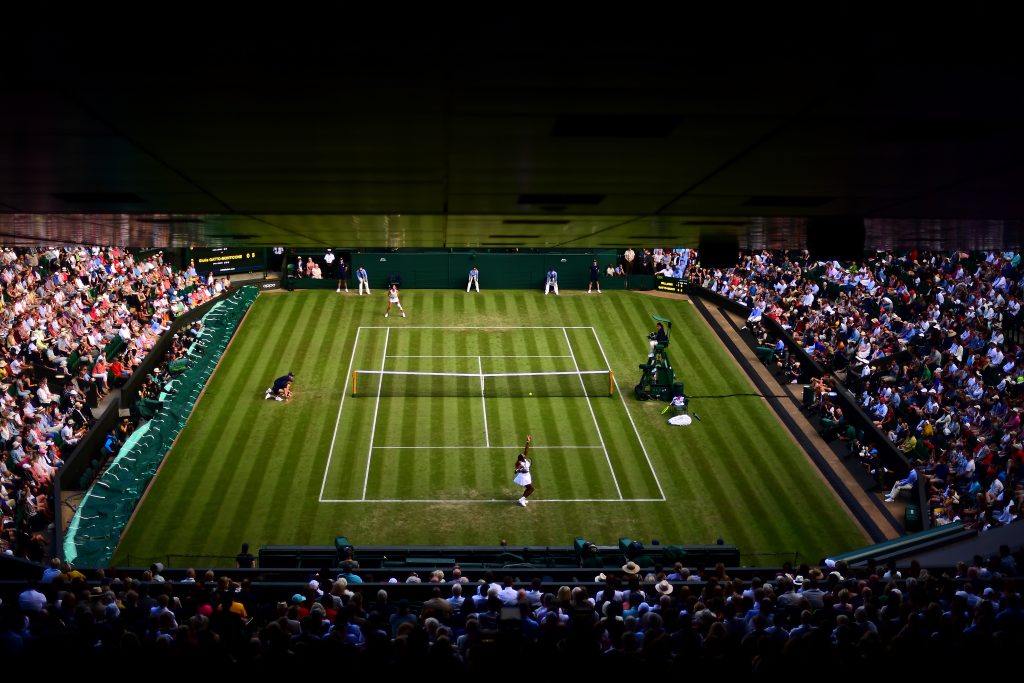 Wimbledon 2022 will have a special flavour, marking 100 years of Centre Court in its current location. Tennis365 spoke to Michelle Dite, (MD) Operations Director at the AELTC, and Justin Smith (JS), Head of Estate Development, on what we can expect in June, the difficulties of Covid, the plans for site expansion, and the changes to the tournament.

What are the plans – in essence – for the 100th year of Centre Court in its current location? Will there be a special ceremony?

MD: “We are really looking forward to celebrating 100 years of Centre Court at our Church Road grounds at The Championships this year. As part of our celebrations, we are planning a special ceremony that will take place on Middle Sunday. Centre Court is currently undergoing some minor refurbishment works in order to be ready for the celebration and those will be completed in spring. To mark the centenary, the Wimbledon Lawn Tennis Museum has installed a new exhibition dedicated to Centre Court called 100 Years of Change and that is available now for year-round guests to view.”

What were the most difficult challenges of running the tournament in 2021?

MD: “We were faced with an unprecedented situation leading into last year’s Championships and agility was key. We delayed a lot of decisions that for previous Championships we would have made many months previously in order to provide the best possible guest experience for those at The Championships, whether they be players, members, debenture holders, partners or all the members of the public who attend.

“On 14 June we were notified of our inclusion in the Government’s Events Research Programme, which resulted in a very tight turnaround time before the event began on 28 June, however it allowed us to welcome full capacity crowd in the final days of the event which was a wonderful way to welcome back Wimbledon following last year’s cancellation.”

Going back to 2022 – you are ending the rest day. AELTC Chairman Ian Hewitt said: ” It will necessarily be different from Wimbledon as we know it.” Andy Murray also questioned the decision to bring forward the mixed doubles finals to the final Thursday.

MD: “The introduction of Middle Sunday to the permanent tournament schedule presented us with a fantastic opportunity to reach a broader audience and enhance our accessibility. It also means we can provide greater resilience to our schedule, spreading the fourth round matches over two days in line with the other Grand Slams. We have also adjusted the scheduling of the five Championships finals this year in order to reduce crowding across the last two days of the event and allow each the chance to shine.”

As a resident, I know about plans to expand the site and the potential impact that has on local life.  What will this bring to the community and spectators globally and when will it be finished?

JS: “Subject to approval, we would envisage that the new public access park and lakeside walk would be open to the public from 2026, the Qualifying Competition would be held on site for the first time towards the end of the decade and the new Show Court is estimated to be completed in 2030.

“Our proposals are vital to the future success of Wimbledon as one of the world’s most iconic sporting venues, and our ability to be an active contributor to our local community both today and for future generations. We care about our role in the community and we continue to engage in discussion with local residents, councillors and other interested groups. This project will deliver enduring and sustainable benefit for the community by opening up a large area of private land to become a new publicly accessible 9.4 hectare park, achieving a 10% biodiversity increase that includes the restoration of a number of habitats and planting of 1500 trees of a variety of sizes, and an increase in our Urban Greening Factor score to a nearly perfect 0.97. Following feedback from local residents, we are also discussing community use of the proposed new Show Court facility and grass courts.

“We continually work to balance tradition and innovation at Wimbledon. One of our priorities is our commitment to become environment positive by 2030.”