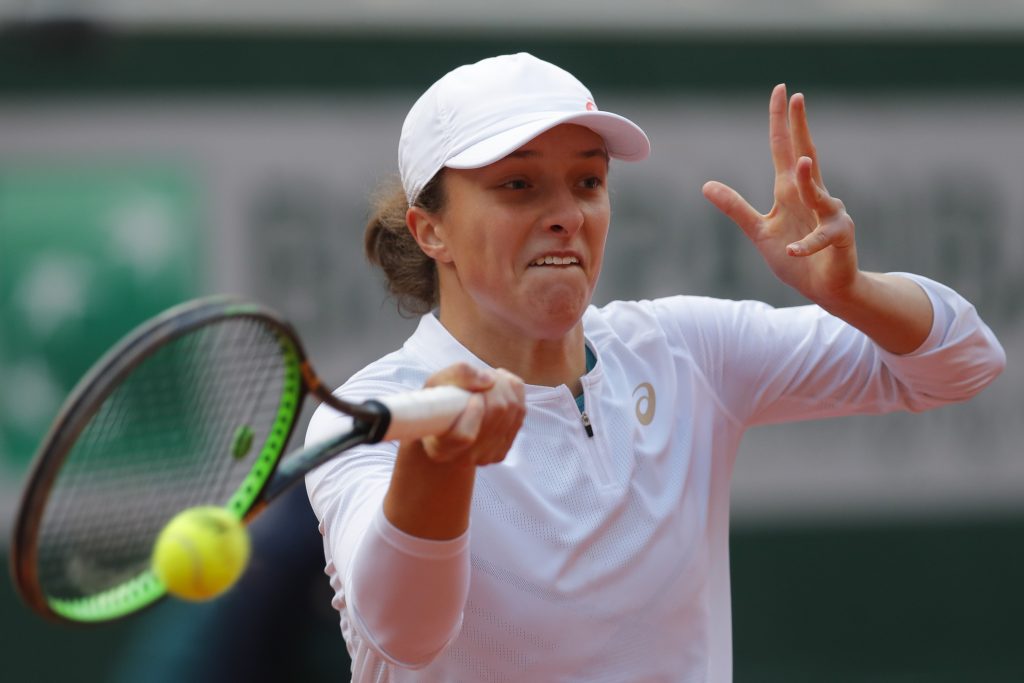 Wimbledon chief Sally Bolton has explained the decision to select Iga Swiatek to open up Centre Court on Tuesday.

The women’s singles get underway without a defending champion who would traditionally play Tuesday’s first match on the big stage.

Ashleigh Barty retired earlier this year leaving a vacuum at the top of the women’s game which Swiatek has exploited to build a massive rankings lead.

While Swiatek won’t be able to add to her impressive rankings points haul at Wimbledon, she can win a third career Grand Slam and stretch her winning streak beyond 40 matches in the process.

There were some calls for 2019 Wimbledon champion Simona Halep to do the honours but Bolton said Swiatek’s impressive form ultimately made it an easy choice.

Swiatek comes into Wimbledon on a 35-match winning streak but without a single WTA Tour-level match on grass to her name this season.

Despite that lack of preparation Swiatek has been made the overwhelming favourite to snatch the Wimbledon crown.

“As her performance as the No.1 seed, it was an obvious choice (for Swiatek) to open Center,” said Bolton.

“Every year when we have these decisions to make, particularly when we don’t have a reigning champion coming back, we look at all the different options and the reasons why a player might be chosen to open.

“Swiatek was considered to be the absolute best pick.”

Swiatek will be followed on the Centre Court stage by her idol and men’s singles second seed Rafael Nadal, who opens a bid to keep his hopes of a calendar Grand Slam alive against Argentina’s Francisco Cerundolo.

Following that, Serena Williams ensures that France’s Harmony Tan has to deal with the spotlight in her opening round match.

Stuttgart Open and Queen’s Club champion Matteo Berrettini will open up Court 1 with a tricky assignment against Cristian Garin.

Halep won’t begin her tilt for a second Wimbledon championship on centre court as she starts on 1 against Karolína Muchová.