Wimbledon organisers have appealed against a fine from the WTA for banning Russian and Belarusian players from this year’s Championships.

It had been reported the WTA fined the Lawn Tennis Association (LTA) and the All England Lawn Tennis Club (AELTC) for excluding Russian and Belarusian players from warm-up competitions in Eastbourne, Nottingham and Birmingham this summer.

And AELTC chief executive Sally Bolton told reporters on Monday the organisation is “deeply disappointed” by the Tour’s reaction to its decision to impose the ban following Russia’s invasion of Ukraine. 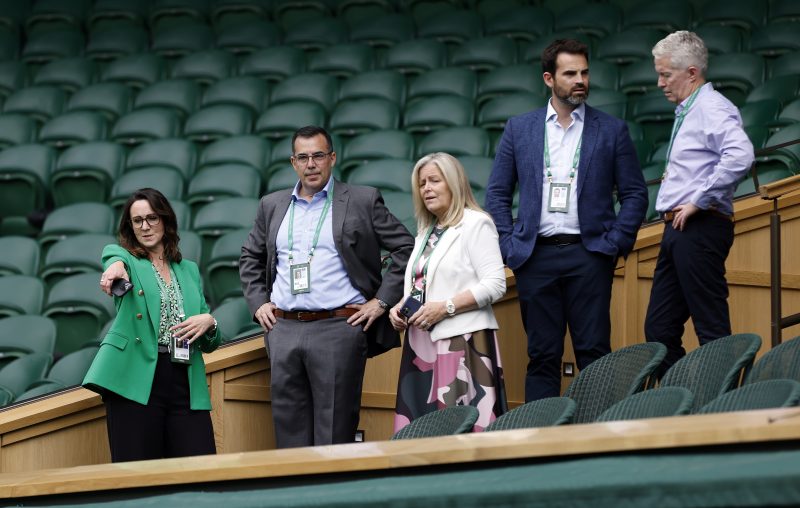 Asked about the fines, she said: “I think the first thing to say is that it is the subject of a legal process so I can’t comment specifically on that.”

But she added: “We stand by the decision we made, we are deeply disappointed at the reactions of the tours to that decision and I probably can’t say anything more on that at this time, I’m afraid.

Asked if the AELTC would appeal, she said: “Yes, we have appealed.”

Bolton said the AELTC is waiting to hear from the ATP on its decision on whether or not to fine the Championships over the ban.

Asked about whether it will be the AELTC or the LTA who pays the fines, Bolton said: “We are separate organisations and we have been fined separately so we are addressing it separately, but it is subject to a legal process so I can’t say anymore.”

Earlier this year, both the WTA and ATP criticised Wimbledon’s decision to ban Russian and Belarusian players.

The ATP, WTA, and International Tennis Federation all announced in May that the governing bodies will not award ranking points for this year’s Wimbledon in response to the ban.

Bolton said: “We thought really, really long and hard about that decision. It was an incredibly difficult and challenging decision to make.

“It was not one we took lightly. We thought carefully about the ramifications of taking it.

“But it was absolutely the right decision for us. It was the only viable option in the context of the Government guidance in place and we stand by that decision.

“We accept that others will take a different view view but we absolutely stand by that decision.”

The PA news agency has contacted the WTA for comment.