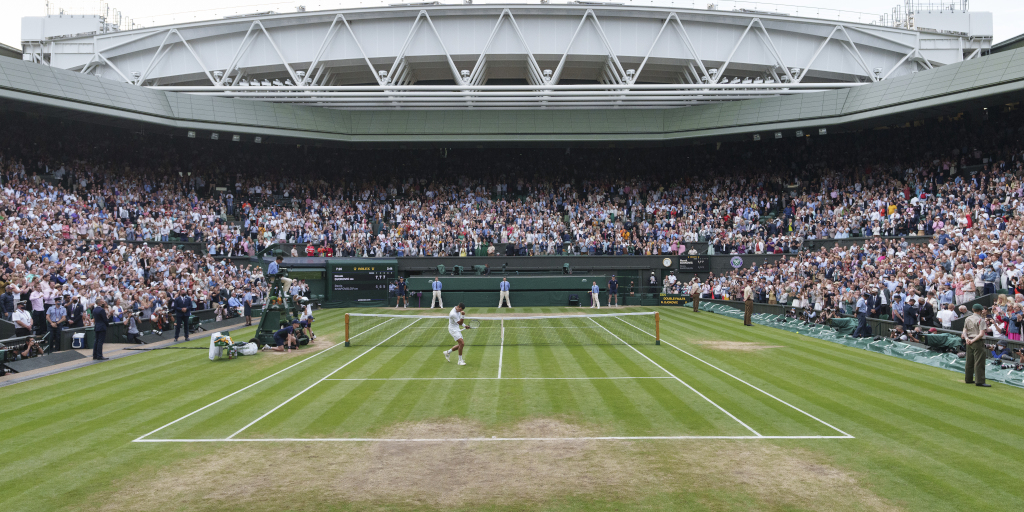 The decision from the ATP and WTA to strip ranking points from Wimbledon this year after they decided to ban Russia and Belarusian players was always likely to spark an angry reaction from some players and that annoyance is starting to flow.

There was an expectation that the ATP and WTA would leave the ranking points collected by all players at Wimbledon last year on their record for another 12 months, but they have opted against that.

Instead, the ranking points from Wimbledon 2021 will drop off and all players will have no chance to reclaim them.

Novak Djokovic is among the players who will be impacted by this as he will almost certainly lose the world No.1 ranking after being denied the chance to defend the 2000 points he collected by winning the title last year.

Now Hungarian player Marton Fucsovics has expressed his amazement at a decision that will see him lose all ranking points from his run to last year’s Wimbledon quarter-finals, ensuring he will drop out of the world’s top 100, sparking his to post this message on Instagram. 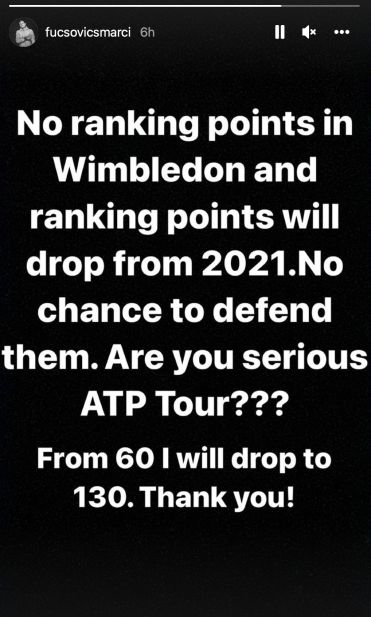 Italy’s Matteo Berrettini is also certain to be frustrated by the decision, as he will lose 1,200 ranking points from his run to the Wimbledon final last year, with Karolina Pliskova losing the same number of points from her appearance in last year’s final against Ashleigh Barty.

It remains to be seen how players will react to this surprise ruling by the ATP and WTA in the coming weeks, but it is clear that many of their members will be confused by the removal of points that few saw coming.