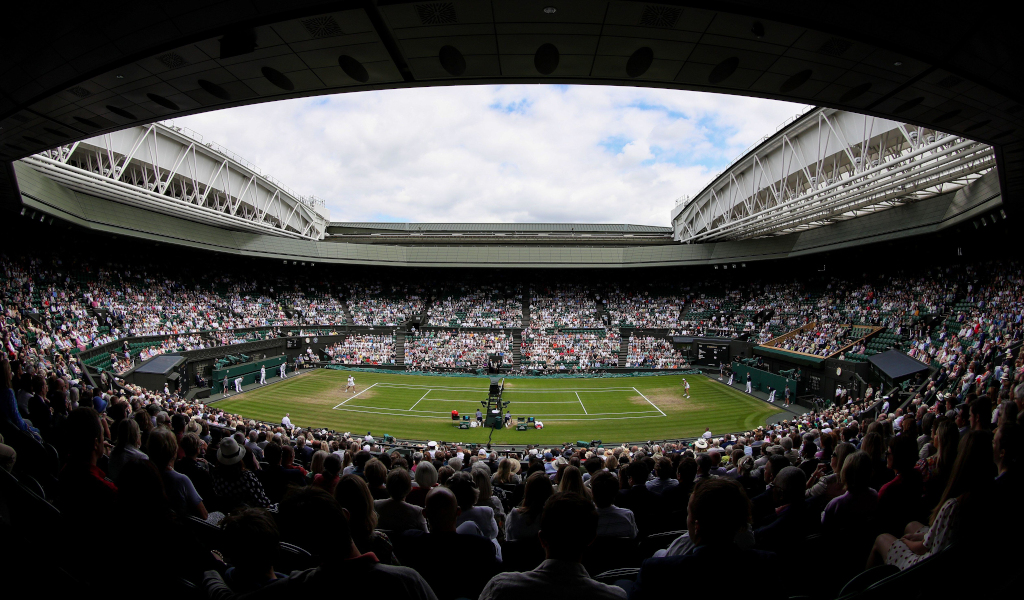 The All England Club have moved to quell fears and frustrations within the surrounding community regarding its plans to expand capacity at Wimbledon.

Plans are afoot to build a new 8,000-seater show court on nearby land that currently houses a golf course.

According to reports, local authority planning hearings are set to be scheduled in late September.

The decisive hearings will determine whether 39 new courts – including the centrepiece of a larger stadium – can be built.

The All England Club have run into serious opposition to their plans which have already been altered.

However, they still face severe pushback from a coalition of MPs, councillors and local residents associations.

The proposed stadium would be the third largest arena on the Wimbledon grounds as it would clock in slightly smaller than Court 1 and Centre Court.

Wimbledon proposed the building on Open Metropolitan land and the All England Club have pointed out that the land is currently available only to members of the neighbouring golf club, who will move out at the end of 2022.

They have sought to downplay fears of some sort of slippery slope where this development will open the door for further construction that would mangle the visage of the leafy suburb.

“The Wimbledon Park Project proposals aim to deliver on two core objectives: to maintain The Championships at the pinnacle of sport and to provide substantial year-round public benefit to our local community,” the All England Club statement read.

“Central to these proposals is the opening up of previously private land to be enjoyed by thousands of local residents in Merton and Wandsworth.

“The benefits include the creation of a new 9.4-hectare public park, a new boardwalk around Wimbledon Park lake, and community use of the proposed new courts and facilities during the year.”

Wimbledon have long sought to expand their grounds but for just as long they have faced extreme opposition.

The planning committees of Merton and Wandsworth are set to make the initial call but there has been a suggestion that the decision could even be referred the London Mayor’s office or even the Secretary of State.

Wimbledon’s historic £100 million expansion scheme has in fact inspired remarkable political unity amongst its opponents with Conservative Stephen Hammond of Wimbledon and Labour’s Fleur Anderson in Putney both vehemently opposed to the development.

Numerous meetings and debates have already been held and it seems likely that more will follow.

At this stage, it appears unlikely that the All England Club will be able to break ground on the new venue anytime soon if at all.