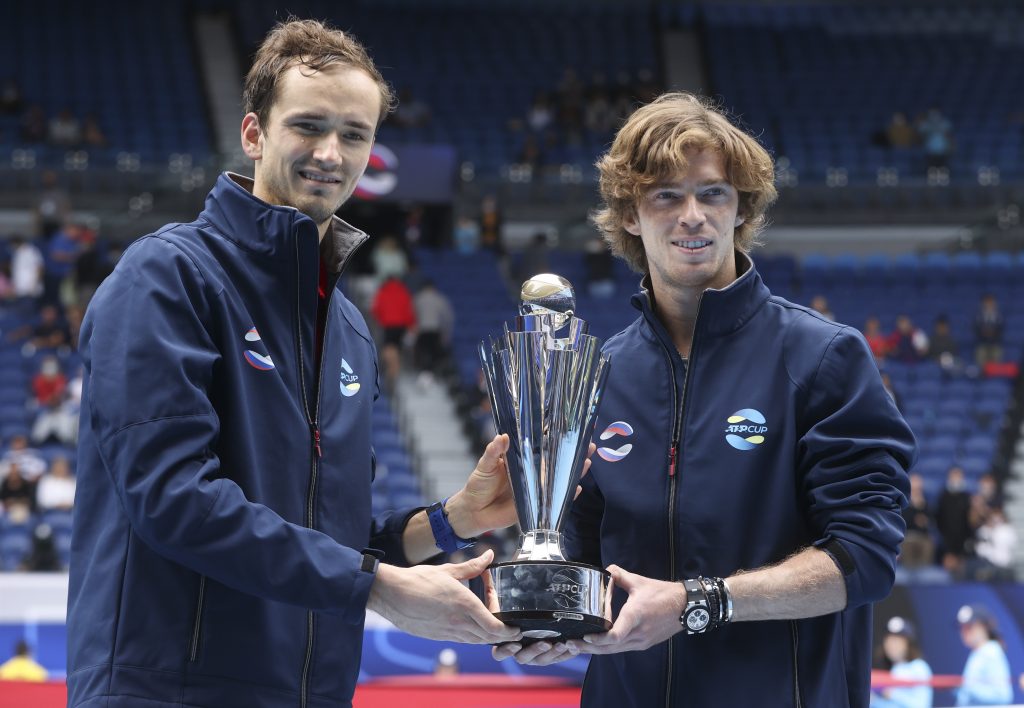 It is a decision that has divided the tennis world, yet former British No 1 Andrew Castle insists the All England Club made the right call when they banned Russian and Belarusian players from this year’s Wimbledon Championships.

Speaking on his LBC show, the former player who has been lead commentator for the BBC over the last two decades at Wimbledon suggested he was ‘torn’ by the move that will see star names such as Daniil Medvedev, Andrey Rublev and Aryna Sabalenka blocked from playing on the famous grass courts this year.

While Castle expressed sympathy for the players impacted by the decision, he suggested their inconvenience was necessary to ensure President Vladimir Putin and his Russian war machine are denied any potential boosts by a Russian success at Wimbledon.

“These players are being discriminated against and I say that’s ok,” said Castle. “I say that’s ok because of the scenes I watch unfold in Mariupol and Melitopol and Odessa.

“People are dying – in Mariupol right now they are starving to death. Mass graves are being dug.

“What is it going to take for us to realise that this is not going to stop unless we are all united across creative arts, sport, industry, business, military…everybody.

“This is out of proportion to anything that we have seen – probably in our lifetime – and may we never see it again.”

Castle continued to opine that the Russian and Belarusian players are victims of war started by their own nation, as he argued they have to pay a personal price.

“I know it’s not Medvedev’s fault and Rublev and Sabalenka and (Victoria Azarenka and (Anastasia) Pavlyuchenkova,” he added. “I know it’s not their fault and I know that they’re good people – but don’t we need to sanction Russian people?

“We’re all affected by this, so why should they not be affected for the actions of their government?

“Why should Ukrainians be starving to death, orphaned and raped?

“I’ll give you wrong and unfair: what’s taking place in Ukraine.

“A message has to be sent – a message of unity.”

The ATP and WTA have strongly opposed the decision to ban Russian and Belarusian players from Wimbledon and are due to meet to discuss potential sanctions for tournament organisers.