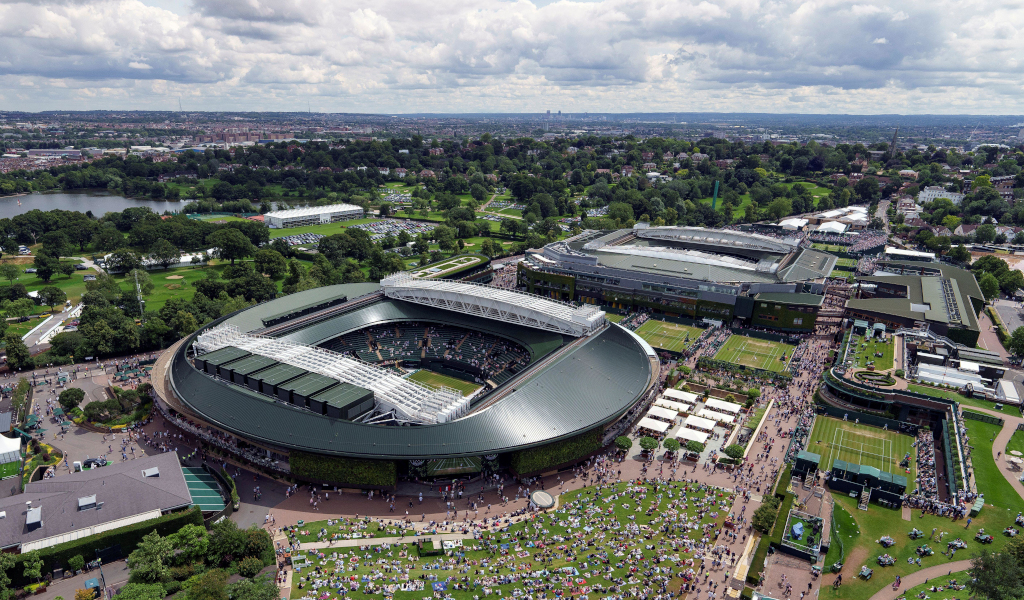 The planned Wimbledon Park expansion will include an innovative underground maintenance building according to the All England Lawn Tennis Club.

The AELTC have set out to ease concerns over their expansion plans.

AELTC believe the Wimbledon Park development, which is to set to include to the opening up to the public of waterways and the establishment of new grasslands.

While there has been some opposition to the plans they have drawn the support of the London Wildlife Trust, Historic England and The Gardens Trust.

“The Wimbledon Park Project will maintain The Championships at the pinnacle of the sport,” AELTC said.

“This means delivering world-class facilities as well as setting the highest possible standards for the environmental, social, economic, and community benefits we will unlock.

“Throughout the duration of the process, we have been committed to active and open engagement with the community, local stakeholders and industry experts.

“We are grateful for the support received from the London Wildlife Trust, Historic England and The Gardens Trust, among many other organisations, who have endorsed the project and its contribution to the community and local environment, but we remain in close contact with all parties as our planning application approaches a decision later this year.”

The planned maintenance building proved a lightning rod for critics, but the AELTC have turned things on their head as they plan to build the structure largely underground with a ‘green roof’ blending into the surrounding park.

“We are minimising the impact of the maintenance building by putting it mainly underground – only a fraction will be visible and it will be covered by a green roof that blends into the natural landscape.”

The AELTC have also squashed the suggestion that this development will be for the benefit of the few, pointing out that it will increase access to the park land which itself will receive significant upgrades and benefit from being maintained by Wimbledon.

“The park will be one of the largest areas of private land to be opened for public use in London, having been inaccessible to the public for over 100 years. The park will only closed to public use for a short period during event build and derig periods for safety reasons, it will be open during these events as it is one of the new ways of entering The Championships.

“Even during the Qualifying and Championships closure period we will still maintain a route through the AELTC public park for the public to use. It will also be open to the public to use throughout the remainder of the year.

“We are restoring key features of Brown’s Lake – restoring the southern lake tip, and the outline of the lake in the north to Brown’s design, daylighting the 2 historic brooks that feed the lake and creating new stream habitats.

A noteworthy update is a promise from the AELTC to encourage natural grassland to flourish in the park, replacing the ecologically sterile golf course that has occupied the land for a number of years.

“There is no open grassland currently on the site, the “grassland” is an intensively managed ecologically sterile amenity golf course grass.

“We are creating open grassland – large swathes of long grass with bespoke native wildflower mix, and several hectares of acid grassland (a priority habitat) to be sensitively managed and monitored for biodiversity.”

READ MORE: How Stefanos Tsitsipas could become the unlikely year-end No 1