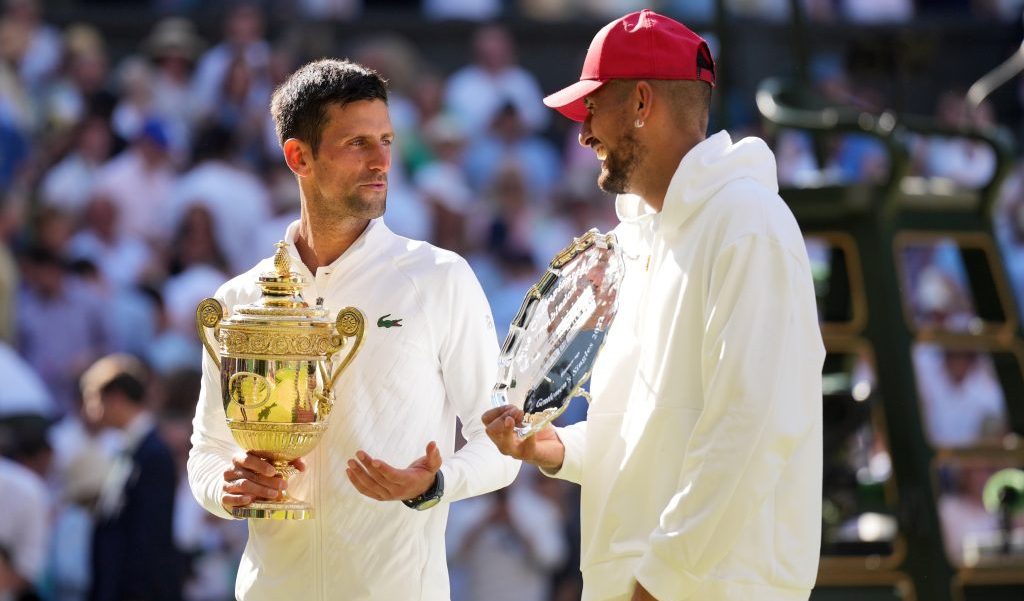 When asked afterwards what his team had done to help Djokovic prepare for the match, Ivanisevic insisted that very little focus was on the Australian.

The Croatian, a former Wimbledon champion and big server himself, said that if Kyrgios didn’t give Djokovic an opening there would be nothing he could do even as the best returner in the world.

He said that Djokovic just had to be ready to pounce, and claimed the first break in the second set was crucial in turning the match.

“When somebody serving like Nick Kyrgios, for me is the best server in the game by far.

“So it’s impossible to make tactics. There are no tactics. In 15 minutes, the best returner in the world does not touch his serve.

“You get the chance, then he breaks him.

“Key point was to concentrate on what Novak has to do, and just to stick to those little things to be ready for the big serves, for the big second serve winners.”

His coach says that Djokovic knew when Kyrgios started to mouth off to the umpire and the crowd that the Serb had control of the encounter.

Despite Djokovic’s glittering record there was a palpable sense of relief from his camp that he managed to overcome Kyrgios at the third time of asking.

“But also he knew on this stage, when Nick starts to talk, he’s going to be vulnerable,” Ivanisevic added.

“You know, that happened. Happened in the third set when Nick was 40-Love up, 4-All, suddenly Novak broke him and he was talking to his box. That’s Nick.

“You need to take every chance you get because you don’t have too many chances.”