Johanna Konta bounces back, but Victoria Azarenka swept aside by Naomi Osaka 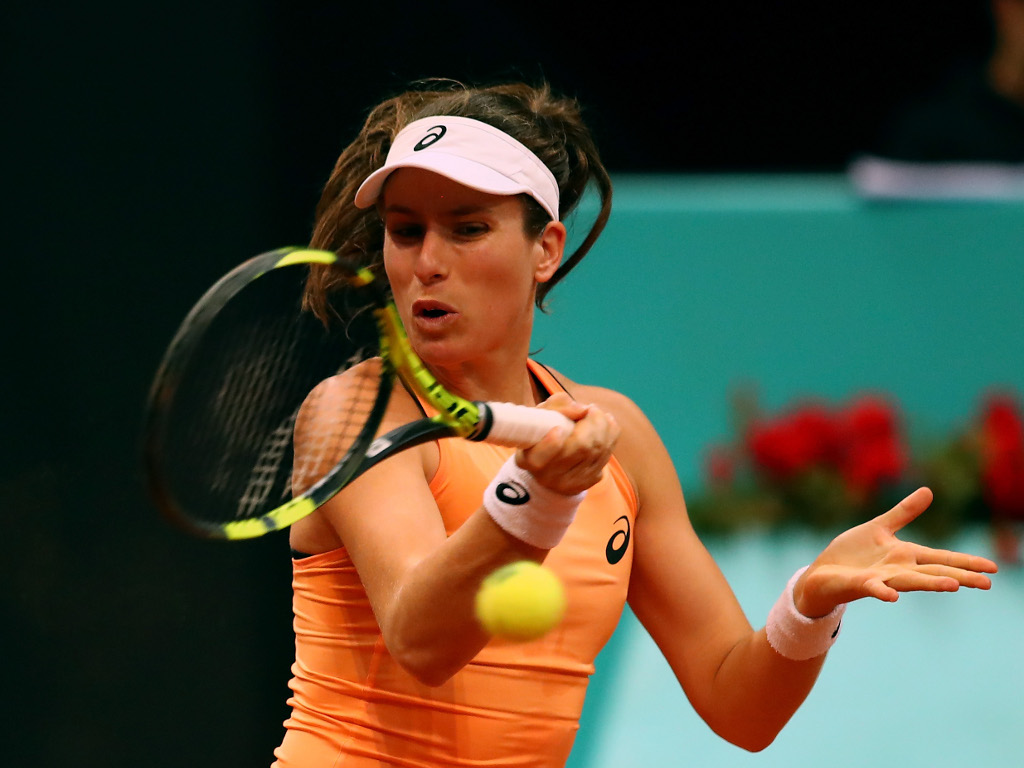 Johanna Konta made light work of Magdalena Rybarikova at the Italian Open while Naomi Osaka easily saw off Victoria Azarenka.

British No 1 Konta faced Rybarikova for the second straight week as the two also battled in the first round at the Madrid Open and the outcome was the same as she won 6-3, 6-4 to set up an encounter against either Hsieh Su-wei or Aryna Sabalenka.

Indian Wells Masters winner Osaka was too good for two-time Grand Slam winner Azarenka as she claimed a 6-0, 6-3 win over the Belarusian in a clash that lasted just over an hour.

But it doesn’t get any easier for Osaka as she will face world No 1 Simona Halep next.

Carla Suarez Navarro failed to replicate her Spanish run in the Italian capital as she crashed out at the first hurdle.

The 29-year-old, who reached the quarter-finals last week, suffered a 6-1, 6-2 defeat against qualifier Donna Vekic from Croatia.

Vekic’s compatriot Petra Matric advanced with a similar scoreline as she beat Lesia Tsurenko from the Ukraine.

It was also the end of an era as local hero Roberta Vinci went down 2-6, 6-0, 6-3 to Serbia’s Aleksandra Krunic in her last match.

Thank you for the memories! ???? #ibi18 pic.twitter.com/mvwqtyMmSC