Johnny Nic on doping: Paranoia about drugs in sport is ridiculous

Dan Evans, who was once ranked at 41 in the world, is set to return from a one-year drugs ban as a wildcard entrant into the qualifying draw at the Glasgow Trophy on 28 April.

The 27-year-old tested positive for cocaine during the Barcelona Open last year.

You can’t play tennis while coked up. However, you can play tennis when loaded on creatine, glutamine or 5HT, all of which are far more performance enhancing than a toot of the old Colombian marching powder.

LTA performance director Simon Timson said in relation to Evans: “The LTA condemns any form of doping, which has no place in our sport.”

Well, is that actually true, Simon? In my view, you do allow doping. You’re just defining doping inappropriately. I’d argue that creatine, which aids recovery and builds muscle, is far more performance enhancing than cocaine or pretty much any recreational drug.

By all means ban a player for taking cocaine because it is an illegal drug, but don’t call it doping. It’s not doping. He hasn’t taken it to enhance his performance. He has taken it to feel good in the moment. After all, the distinguishing effects of cocaine are an increase in heart rate, self-belief out of proportion to talent, and a propensity to talk rubbish. None of which are necessarily going to make you a better tennis player. 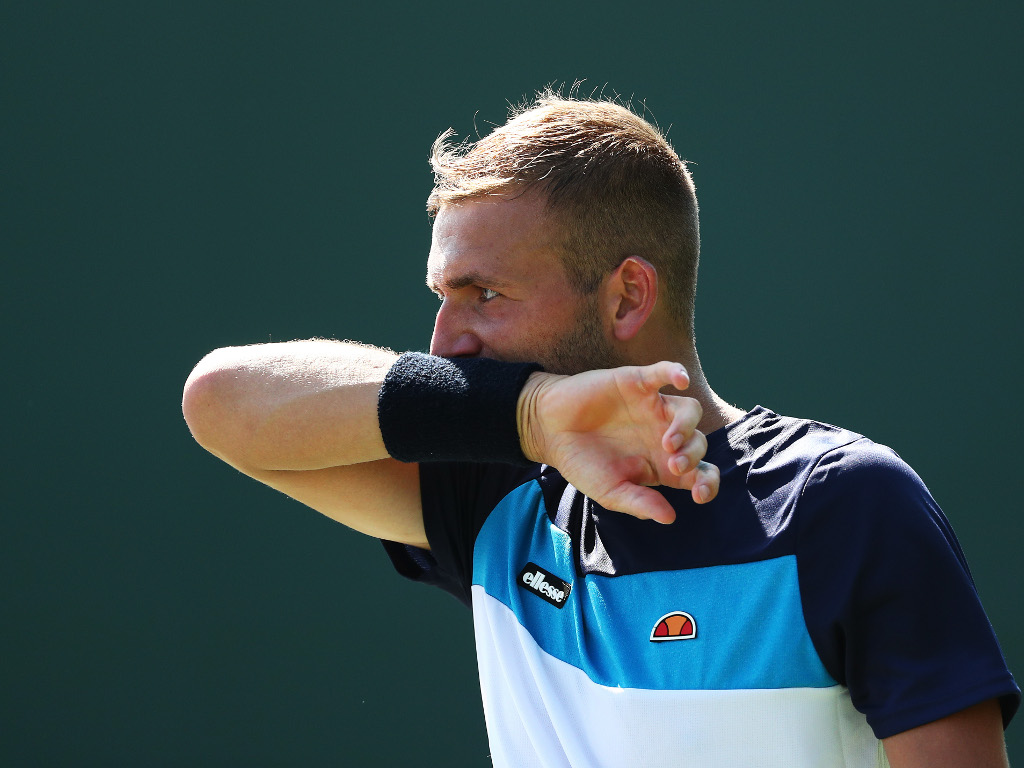 You may well, a la Fleetwood Mac, be stimulated to record a multi-million selling record, however it will not prepare you for a five-hour five-setter.

But being stronger and fitter through regular consumption of sweet, sweet creatine, absolutely will.

The perfectly legal 5HT increases adrenalin in the body, making your reactions much quicker. That could be the split-second difference between returning a serve and not reaching it. How is that not doping? If you’re going through a gruelling season, taking glutamine will help you significantly by reducing fatigue, building muscle and boosting the immune system. If that is not performance enhancing, I don’t know what is.

On the other hand if you’re getting through a gruelling season by snorting cocaine, all you’ll get is twitchy and an irrational belief that the government are tracking your every move via a black helicopter.

In other words, these so-called doping regulations are some shade of crazy. What on earth does ‘performance enhancing’ mean anyway? If you’re not allowed to enhance your performance, then why do we allow players to take a paracetamol for a headache? That will improve their performance.

Why can you consume an energy drink? Why can you eat a lot of slow release carbs to sustain you? That banana you’re eating before the fifth set – that’s doping, buddy. You’re making your body do something it wouldn’t or couldn’t do if you didn’t put it in you. That is, by any measure, performance enhancing. If it isn’t, what is it?

This just illustrates how the paranoia about drugs in sport is ridiculous. You should be allowed to take anything not actually illegal, at least under medical supervision. It’s your body and you’ve an absolute right to do what you want with it within the law as a citizen, so why not as an athlete or sports player? Why are the authorities so hung up on this? I’ve never understood it.

Tennis players who, like Andy Murray, trained hard to make themselves more physically robust and be able to last for five sets are lauded for putting the work in, in order to enhance their performance. But take something such as a steroid that will make all that effort more effective and everyone gets sniffy about it.

I can’t see why, because you can’t just take a pill and become brilliant at tennis or any other sport. It’s not a shortcut, you still need talent and dedication. You don’t just swallow the can of spinach and grow huge muscles, Popeye-style. It still takes a lot of work and nothing is guaranteed.

Maria Sharapova was banned for taking meldonium. Wada found “evidence of its use by athletes with the intention of enhancing performance” by virtue of carrying more oxygen to muscle tissue. But is that so different from altitude training where to compensate for the decrease in oxygen, one of the body’s hormones, erythropoietin (EPO), triggers the production of more red blood cells to aid in oxygen delivery to the muscles. 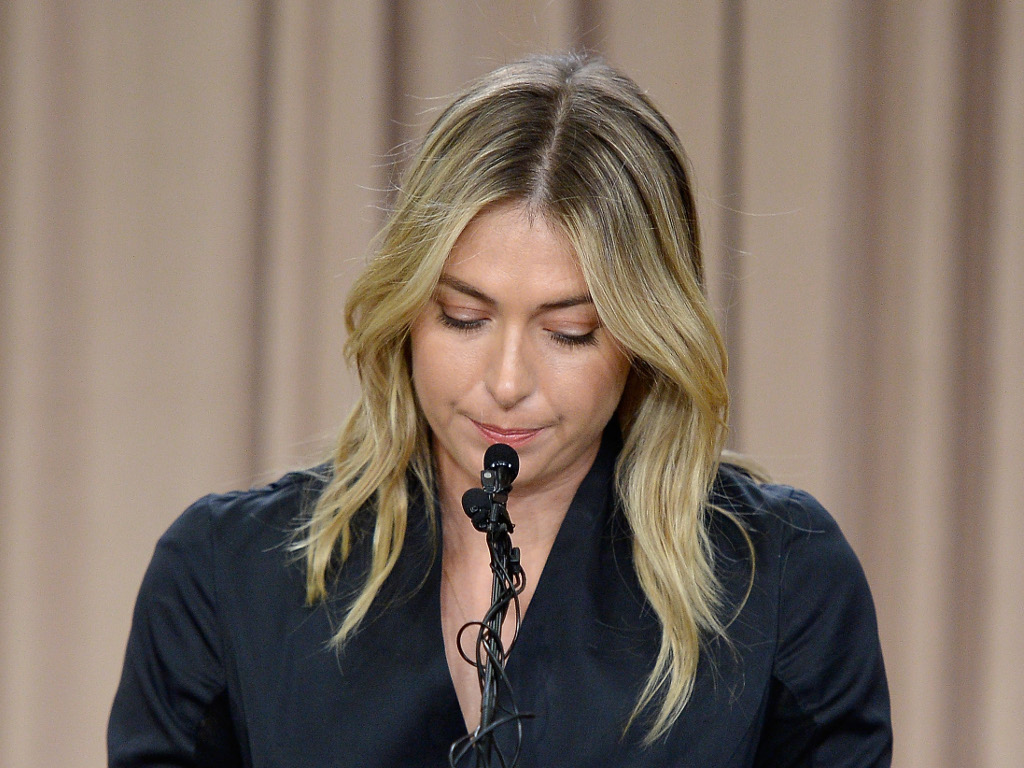 When you go to compete at sea level this effect continues for a couple of weeks, allowing you to go faster and harder for longer. More ludicrous still, artificial EPO, which mimics the same effect, is banned for being a performance enhancer. Try squaring that with any sense of logic.

Also note their use of the word “intention”, suggesting it is the intent that is illegal, not the actual drug. So if you don’t intend to enhance performance, then it isn’t illegal to take it? Sharapova claimed she was taking it for a number of conditions for which it is effective. Who’s to say that wasn’t true? Also, Evans’ coke use was almost certainly recreational and not with an “intention of performance enhancing” but he was still banned.

It’s just another opaque layer to this whole thing.

Marin Cilic was banned for nine months for having the stimulant nikethamide in his blood. He subsequently got the ban reduced to four months. But we know some stimulants are allowed. A previous ban on caffeine was removed in 2004. Prior to that, the legal limit was 12 microgram/ml in urine, said to be equivalent to around eight cups of espresso. Caffeine may be re-added to the list soon.

Make up your minds, for god’s sake. How stimulated do you have to be before it is arbitrarily decided to be too much?

Allowing substances like creatine to be taken is a tacit acceptance of the principle that consuming aids to fitness and strength is morally and medically OK, which is why the Sharapova ban seemed so hypocritical. “Clean” seems a very movable concept in this arena.

If you have a cup of coffee before you go on court, are you “clean” when you’ve got caffeine in your nervous system? Are the authorities trying to say that you can boost your performance a little, but not too much?

While no-one wants to see players putting their health in danger by taking powerful drugs which might have long-term destructive effects, if they’re not illegal outside of sport, I don’t see why they shouldn’t. The authorities have unnecessarily tied themselves in knots over this.

Either allow tennis players to take what they like within the law of the land, or don’t let them take anything, up to and including in-game bananas.

Where we are now seems like an unsustainable halfway house designed primarily to make work for Wada and make everyone else’s lives for more difficult than they need be. And at the end of it all, exactly what has been achieved by all of this policing? I’ll tell you what: nothing.