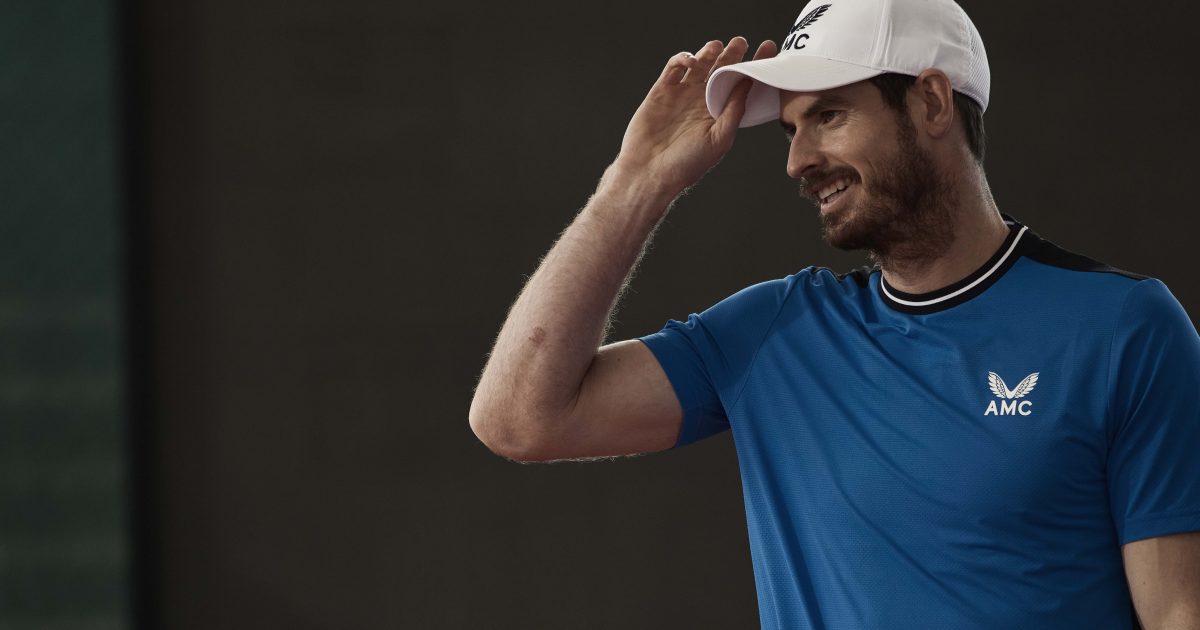 The cynics were quick to suggest Andy Murray would never make it to the top of the game after his first appearances on the game’s biggest stages in 2005 left questions aplenty, but his journey since that has well and truly banished questions about his drive to succeed.

Back in 2005, a teenage Murray emerged as the next great hope for British tennis as he made an impressive debut in the Queen’s Club event before reaching the third round at Wimbledon, beating 14th seed Radek Stepanek in a run that gave the world a hint of what was to come.

Yet his fitness levels were not where they needed to be to compete with the best players in the world and early images of Murray’s days are that of a young man struggling with cramp and running out of energy as he knocked on the door of the game’s biggest names.

In those days, his clothing collection was provided by Fred Perry, with the brand he was promoting named after Britain’s most recent Wimbledon champion, with this video showing a raw Murray arriving on the world stage.

It may have been fitting if Murray was still wearing the Fred Perry logo when he realised his dream and became the first British male player to win a Grand Slam title in 76 years at the 2012 US Open, but the big clothing brands had long since been lured to a player who was now one of the best in the game and Adidas were his clothing partner by then.

His iconic first Wimbledon victory in 2013 was another moment for Adidas to take centre stage and it was Under Armour clothing on display when he won his seocnd title at the All England Club in 2016.

Murray’s career was then blown off course by injury problems that are haunting him to this day, but his clothing deal with Castore has still been a highly successful partnership for one of the most progressing brands in sport.

When Castore got into business with Murray, they were very much newcomers on the sporting scene, with one of their co-founders telling Tennis365.com about the reasons why they picked Britain’s leading tennis player to be their first brand ambassador.

“You could not ask for a better association to launch a clothing brand than working with someone as iconic as Andy Murray,” Castore co-founded Tom Beahon told us.

“We were looking to take Castore to the next level and wanted some major athlete partnerships. I can’t speak for Andy, but I think the idea of working with a younger brand set up by two young British brothers really resonated with him and we were delighted to get him on board.

“He shows a big interest in our business and became a shareholder as part of the deal to come into the company and we are excited about what we can do together moving forward. Having a conversation with an elite athlete and seeing his enthusiasm for our brand [and what] our plans were for the next five, ten and 15 years was exciting for us, and not normal when you are dealing with someone of his calibre.

“We took the view very simply that whether Andy ever stepped back on court again or not, he was and would always be an icon for British sport. He is one of a few handful of athletes to have have transcended his sport and become more than just a tennis player. He will resonate with sports fans for years to come; whether he comes back now and wins more Grand Slams or if he never wins another tournament.

The Castore brand was given a worldwide platform that took it into millions of homes around the world thanks to Murray’s emotional and brief appearance at the 2019 Australian Open, with Beahon suggesting the impact of that appearance highlighted the pulling power of the double Olympic Gold medalist.

“The 24 hours around his match at the Australian Open were incredible,” added Liverpudlian Tom, who somehow ended up as a Manchester United fan. “The emotion he showed in the interview the day before was hard to see and then the performance he put out in the five set defeat against Roberto Bautista Agut was just amazing.

“Andy wearing Castore in that press conference and on the court in that one match brought amazing exposure for our brand around the world and that is the secret of Andy, he is not just a British icon but a global icon.

“When we started Castore, the idea was to create a premium British brand that would be a little different to the main brands we all know. They are wonderful brands that everyone has been used to for so long, but they all have a price point that means they can sell at a cheap price and maybe have not built their reputation around their quality.”

Murray’s latest comeback attempt is now imminent as he looks to be at his best in time for Wimbledon this summer and after a late withdrawal from the Miami Open last month, Murray will be hoping his latest clothing range gets plenty of exposure in the next few months.