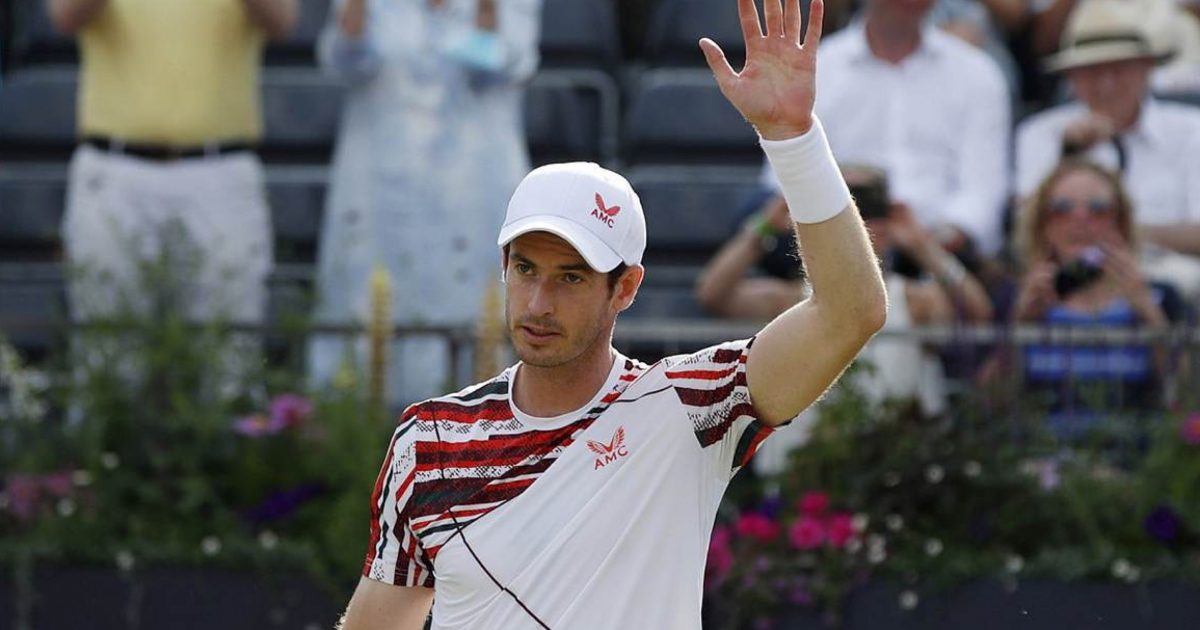 It was as he sat down in his chair after a first win at Queen’s Club in singles since 2016 that the emotion hit him.

Andy Murray did his best to contain the well of tears that rose to his surface after his 6-3, 6-2 win against Benoit Paire at an event he has won five times in his career, but this win meant a little more.

After so many agonising hours of recovery sessions, so many setbacks to get to this point, a single win in his first round of the cinch Championships meant so much more than it would have done when he was at the peak of his power.

Murray broke down in tears as he conducted an interview with the BBC after the match, with the cheers of the crowd adding to the emotion he was struggling to hold in.

When asked why this match and this win meant so much to him, it was clear that Murray has reached the stage of his career where he wonders whether he will have another win to add to his record, as he gave his verdict in a brutally honest press conference.

“I’m always sort of telling myself, and maybe it’s not the best mindset, but each match could be my last one, you know, that I play now,” said Murray.

“I want to make the most of every match that I play and each tournament that I get the chance to compete in.

“I just really want to play. Like I said, I have not really had the opportunity to do that the last few years. You know, when I have, it’s been pretty fleeting.

“This was the first singles match I got to play on grass in three years, so I was just happy to be out there playing, doing well.

“There is obviously a lot of doubts as well like when you haven’t hardly played, but I put in so much work and have done so much good stuff, like in practice, you know, I’m really proud of what my attitude has been like in terms of feeling the various setbacks and everything and kept going.

“Yeah, that’s probably what it was (the emotion). I mean, it’s obviously difficult to put a finger on one thing exactly, but lots of things that went into it.”

Murray also revealed his nerves prior to the match were more acute that normal, possible because he feared it may be his final match at Queen’s Club.

“I was really nervous today, yeah. I felt nervous this morning. I was excited as well,” he added.

“Pretty much as soon as the first few games we played, the focus becomes less about your body and your hip and more about the match and trying to win and stuff.

“I felt pretty calm on the court. Grass is a very natural surface for me. It’s one I feel very comfortable on. Once I got out there, I actually felt good.

“In the build-up, there were nerves. I was laughing to myself, you know, went to the bathroom like half an hour before the match, probably like the fourth time I had been in about 45 minutes!

“I was just laughing, because I still get nervous obviously before I go out to play, but you have to remind yourself in those moments to trust yourself. I was definitely nervous, but it was great to get a win.”

Murray has never quit on anything in his career, but it feels like he knows this story will not last too much longer.

Yet rather than asking when the Murray story will end, let’s just enjoy this champion while he is still playing the sport he has long since been addicted to.