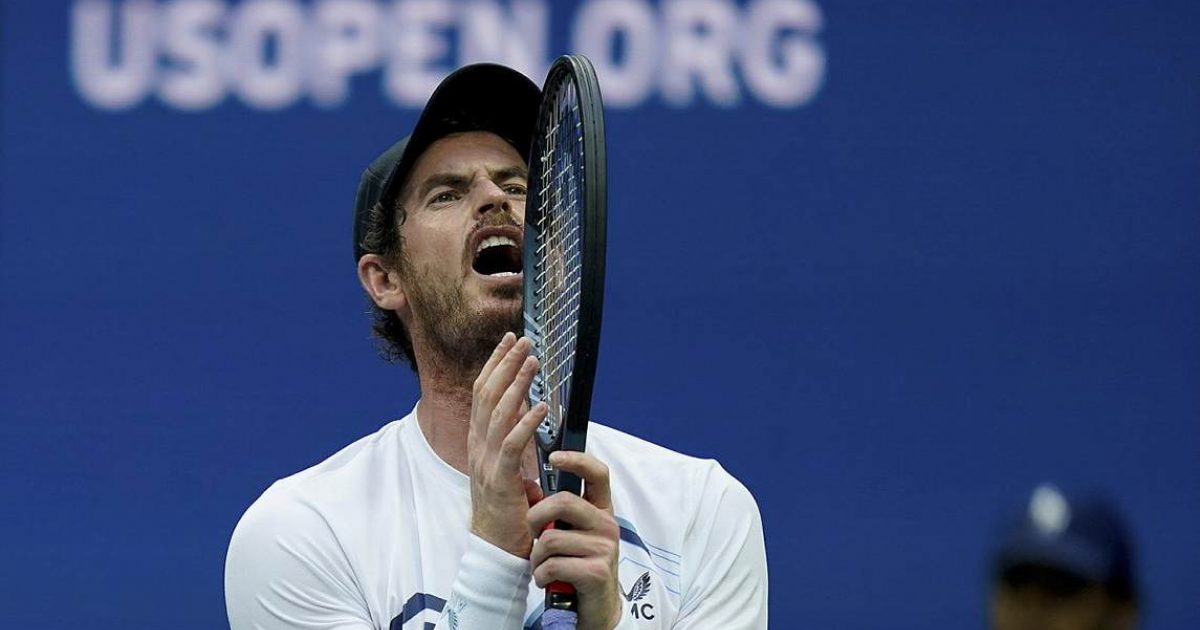 When Andy Murray steps on the plane back to the UK from his brief and compelling adventure at the US Open, he should reflect that he blew his chance to make the biggest statement imaginable against Stefanos Tsitsipas.

The headlines may be dominated by Murray’s vocal and extended complaints surrounding the ridiculously long bathroom breaks taken by Tsitsipas on two occasions in a match that extended for nearly five hours, yet the biggest story has to be what should have been for Murray.

Our 2012 champion always gives everything he's got on the court.

After a magnificent first set from the Scot saw him produce some of his best tennis since his days at the top of the world rankings back in 2016, Murray had chances to win the second set as he led 6-4 in the tie-break, but he allowed a slip to distract him from the job in hand as he claimed his shoes were too sweaty to perform in.

In scenes we have witnessed time and again down the years with Murray, the 2012 US Open champion unleashed his verbal venom on his coaching staff for their failure to pack a spare pair of Under Armour trainers and amid his distraction, he allowed Tsitsipas to steal the second set.

Then at the start of the fifth set, Murray was involved in heated exchanges with the match umpire and US Open referee Gerry Armstrong over Tsitsipas’ seven-minute bathroom breaks that may have been within the current rules of the game, but were clearly not within the sporting spirit boundaries.

Murray tried to use the absence of Tsitsipas to whip the crowd up in his favour, but he was side-tracked enough for his opponent to snatch an early break that he did not surrender and what could have been the best win in five years for the Scot slipped away amid some post-match expletives that were picked up on the courtside cameras.

Few will deny that Murray was right to voice his annoyance at Tsitsipas disappearing from court to do whatever he does in his toilet breaks – and which have become an annoying feature of his matches – and yet Murray should have ensured he did his talking on the court and not off it.

In the end, he was left to wonder what might have been, but as Amazon Prime Video analyst Greg Rusedski suggested, this was a display that defied his own doubts over Murray’s ability to compete at the highest level after four years of injury woes.

“This exceeded expectations,” declared former British No.1 Rusedski. “This is as well as Murray has played in a long time and his movement was exceptional. His focus and concentration was fantastic and he deserves so much credit for what he has done.”

Rusedski was right to hail Murray’s performance as he gave the biggest indication in this latest comeback effort that he could still have something to offer at the top of the game.

Yet when the dust settles on this near-miss against Tsitsipas, Murray should consider that his brittle temperament cost him this match as he allowed himself to be distracted by his sweaty trainers and an opponent pushing the boundaries of a tennis rule that will surely be changed sooner rather than later.

On the evidence of this wonderfully heartening performance, those who have written off Andy Murray may have to hold off on their sporting obituaries.

Yet he will know deep down that this was another occasion when he allowed his own frustration to beat him on a night when his highly ranked adversary was there for the taking.