Former British No 1 Annabel Croft fears some tennis stars view media as their enemy, as she gave Tennis365 her views on the debate sparked by Naomi Osaka’s withdrawal from the French Open.

Osaka has since confirmed that she will not play at Wimbledon, after suggesting she did not want to speak to the media as it impacted her mental health.

The Japanese star is set to return to action at the Tokyo Olympics this summer, with Croft telling Tennis365 that she saw Osaka’s insecurities at first hand in her formative days on the WTA Tour.

“I interviewed Naomi when she was very young and I could see that she was uncomfortable with it,” recalls Croft, who is working with Amazon Prime at this week’s cinch Championships at the Queen’s Club in London.

“Naomi has used the term mental health to describe this problem and we have to respect what she said and show understanding for what she is going through, but she has never liked doing the press and the media.

“Despite that, the media loved talking to her, but now things have changed and after what happened in Paris, we are all talking about the relationship between tennis players, the media and whether we need to change how press conferences work.

“I’m very sad that Naomi feels like this, but players need to understand that the media are not their enemy.

“Billie Jean King did so much to put the women’s tour on the map and she encouraged all the young players to do as much media as possible because they were always fighting for column inches and air time. That is the case for women’s sport across the board.

“Happiness for a sports person depends on winning and as you cannot win every week, it is a difficult place to be, but we have to work out how the media works together with sport. Without the media, how do we sell our sport?”

Croft went on to reveal she has been part of media training days with the women’s tour and Britain’s Lawn Tennis Association, helping young players understand the role of the media in the game.

“I have done some work with the WTA and the LTA speaking to some of the girls and giving them some insight into how to deal with the media,” she continued.

“I tried to reassure the players that the media are not their enemy. You may get one or two press people who ask annoying questions, but I was always told never to be the punchbag and turn the question around to ensure I can say what I wanted to say.

“From a TV perspective, we just want some comments that fill our programme and makes it interesting for the viewer in between matches. You want to add colour to the programme, build the characters of the players and let people know who they are. If they are just watching players who they know nothing about, it would be very boring.”

Croft went on to recall her own experiences in a press conference, including one memory that left a lasting mark.

“When I was on the tour, I distinctly remember breaking down in tears in a press conference and everyone in the room just stood up and walked out,” she continued.

“The media were obviously a bit uncomfortable about the situation, but I had to learn how to overcome my disappointments and try to speak to the media.”

Croft went on to give us some insight into conversations she has had with Roger Federer about his attitude towards the media, as she suggested other players could follow his lead. 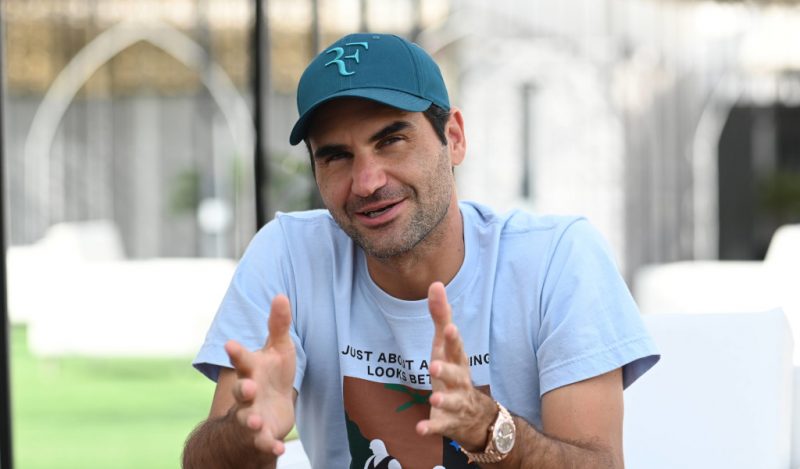 “I spoke to Roger Federer about this when I was interviewing him and he told me that he felt fortunate that I was taught never to treat the media as the enemy,” she added.

“He has always seen them as a bridge to his fans and when he speaks to the media, he is speaking to his fans around the world. That is a great attitude to have and it is one reason why Federer is probably the most popular tennis player of all time.”

Despite her issues with the media, Osaka is set to star in a Netflix film about her life that is due to be released next month.

The final of the cinch Championships at Queen’s Club is available on Amazon Prime.