Eurosport host Barbara Schett believes world No 1 Novak Djokovic had nothing but good intentions as he wrote to Australian Open chief Craig Tiley in a bid to improve conditions for players in quarantine ahead of next month’s Australian Open.

Djokovic sparked outrage as details of his letter to Tiley became public earlier this month, with Australians less than impressed by his pleas to improved conditions for players during their two-week quarantine period to comply with local Covid-19 restrictions.

Yet Schett suggested the reigning Australian Open champion has come under undue fire for his intervention, as she told us the Serbian was merely trying to stick up for the players.

“Novak and a lot of the other players didn’t appreciate what it was going to be like,” Schett told us. “He just wanted to help out his mates and try to make things better, but obviously that didn’t go down well with some Australians and it became a big story.

“He said he would happily go to Melbourne and quarantine, but the Victorians have been through such a rough patch and they didn’t want to hear what Novak had to say. His intentions were good.

“Sometimes when he wants to do something good, it turns into a disaster. It was all over the news here and became a big story, but he just wanted to help.” 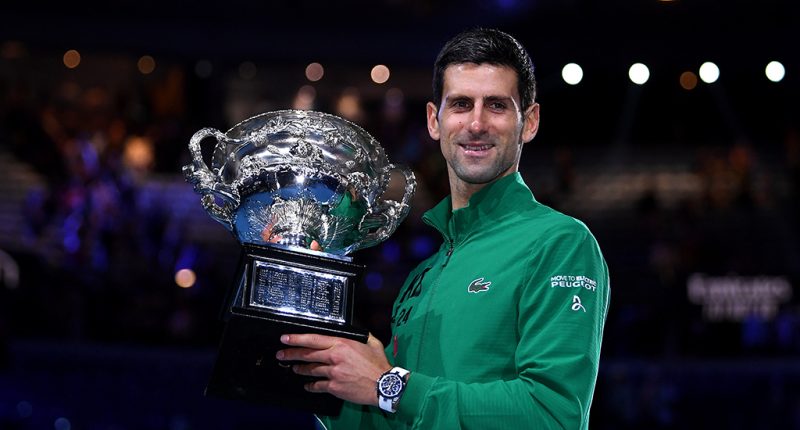 One-time world No 7 Schett lives in Australia and she believes the local authorities in Melbourne have done a remarkable job to get the first Grand Slam of the year on in such challenging conditions.

“I knew that it was going to be difficult to get the Australian Open on because I live in this country and I knew how difficult it would be to get the event on and to get the players into the country,” she added.

“The regulations are strict here and the especially in Victoria, where they had a strict five-month lockdown and I was always thinking about what might happen with the Australian Open.

“It was pushed back by three weeks and I knew it was going to be tough to get the players in and even though they knew about the two-week quarantine, they didn’t imagine what it was going to be like to live through this in a hotel room.

“I did it myself a few months ago and only when you are in that position can you understand how hard it is, but we can all be happy that we have a Grand Slam happening in Melbourne in a few days time now.

“The players need to play. It’s their job and we have to try and get these events on, however hard it is going to be in the next few months.

“It’s amazing that we have got to this point and I give credit to the officials for finding a way to get the Australian Open on.”