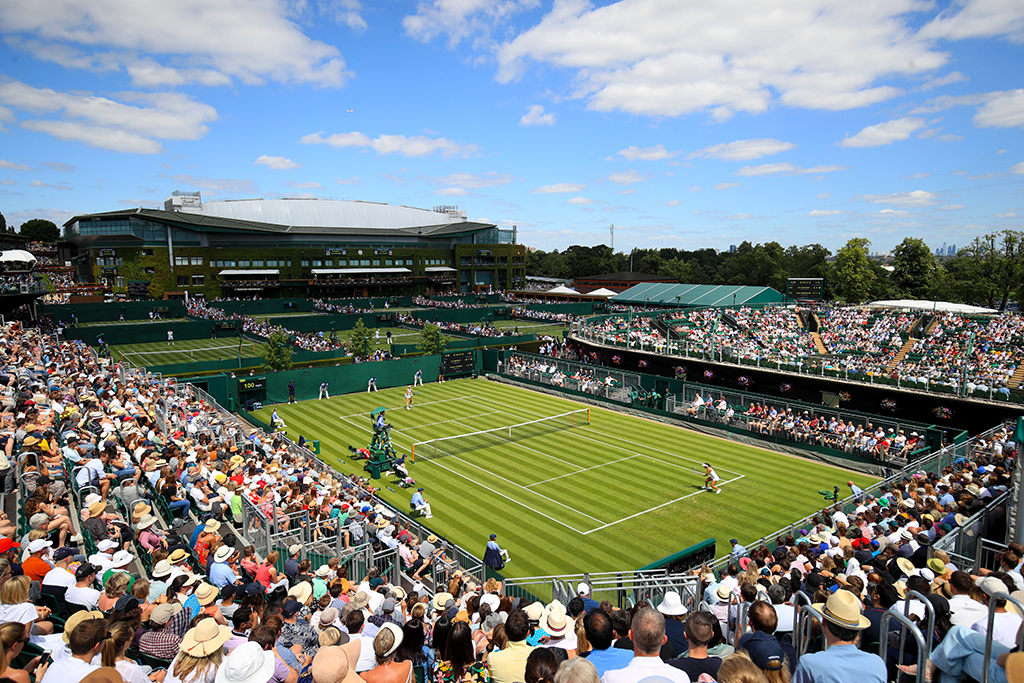 Instead of continuing their petty squabbles over long-running feuds that have rumbled on for too long, all tentacles of the tennis family need to unite in a bid to save the 2020 season.

Of all the sports currently suspended due to the Covid-19 pandemic, tennis may face the biggest battle to get back on track as with players needing to travel from all corners of the world to play, the impact of the coronavirus is likely to be at different stages when the green light is given for sport to return.

OFFICIAL: ATP and WTA cancel all tennis until June 7 and freeze rankings due to coronavirus crisis

China may have been the epicentre of the Covid-19 outbreak, yet the remarkable reports suggesting they have contained the virus and are no longer reporting any additional infections just two months after their crisis exploded fuels hope that what many suspected would be a long and painful fight against this virus may, in fact, be a battle that can be won quicker.

That may give encouragement that Wimbledon could proceed in the final week of June, yet that still appears to be a highly optimistic plan as the British government continue to predict the peak of the outbreak in the UK will be in that same month.

Meanwhile, with America a few weeks behind Europe in their Covid-19 peak, any prospect of the US Open taking place in late August seems ambitious, while the curious move from the Fédération Française de Tennis (FFT) to re-schedule the French Open for late September without consulting other events due to be played that week further muddied the waters.

Yet this is a moment for tennis to gather their collective thoughts and look at inventive ways that we could still get the three marquee Grand Slam events played with modified scheduling.

After the clay-court season was cancelled and all tournaments postponed until at least June 7th by the ATP and WTA Tours, the grass-court season would need to get underway swiftly after that date for Wimbledon to have any chance of going ahead as scheduled, but this could be a plan that could get save some fragments of what looks certain to be a decimated tennis year:

(i) The International Tennis Federation, who run the Grand Slam events, could look to reduce the length of their tournaments to either a week or 10 days.

(ii) That could be done by having a bigger qualifying competition with prize money for players that reach the latter stages, but a smaller main draw for tournaments. That would mean less matches for Wimbledon, the US Open and the French Open to get through.

(iii) Best of three-set matches for the opening rounds of the tournaments could dilute the time required to play the events, with five-set finals for the men’s draw.

(iv) If the US Open was moved back to a later date, Wimbledon could be played in early August as the prospect of spectators attending the event might then be viable.

It remains to be seen whether Grand Slam events could proceed without spectators present, with much of the revenue generated by the events created by ticket sales and, in particular, corporate hospitality packages.

Television coverage would generate big sums, but the logistics of getting TV crews and players from all over the globe at a time when some travel bans may still be in place would be a real challenge.

Adding the Tokyo Olympics to the tennis calendar in 2020 further complicates the landscape, yet a moment when tennis needs to find solutions; their warring factors are merely throwing up more questions.

If the reports are to be believed, China’s unfathomable success in crushing the Covid-19 outbreak within two months gives hope that this tennis season may not be over after all.

Now the time has come for the game’s authorities to work together, for once, for the good of the game.