COMMENT: Andy Murray comeback has already gone so much better than many expected 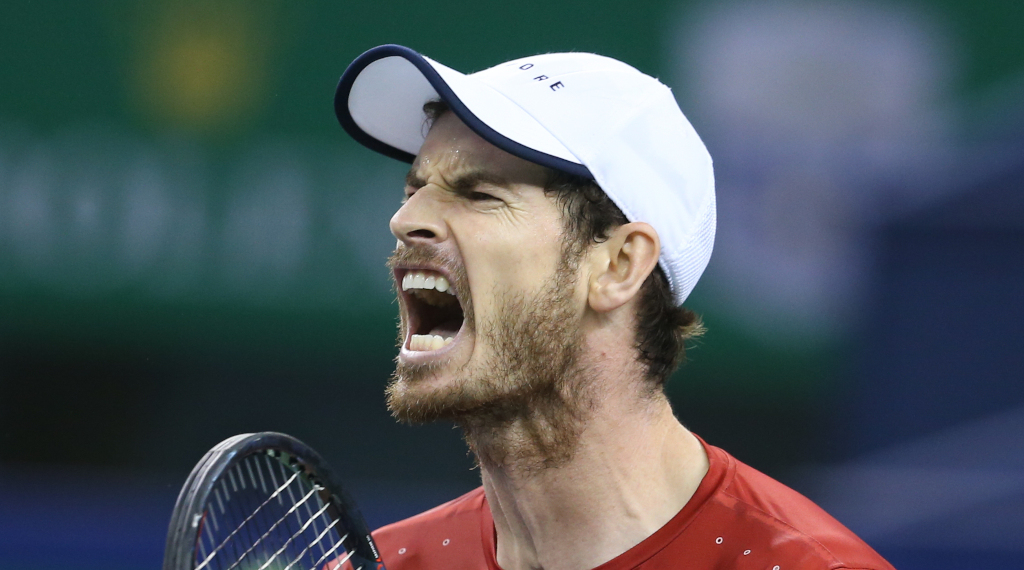 As Andy Murray registered his first win at an ATP Masters 1000 event since May 2017 by beating Juan Ignacio Londero at the Shanghai Masters on Monday, another piece of what once seemed like an improbable route back to the top clicked into place for the three-time Grand Slam champion.

Murray was open in confessing he didn’t know what to expect as he officially launched his comeback to singles action after his hip surgery at the start of the year at Cincinnati in July, with his surprisingly competitive performances against players ranked in the world’s top 50 fuelling hopes that this comeback would be a little more productive than the cynics had predicted.

Coming back from hip surgery and mixing it with the game’s elite on a singles court is a mission no-one of Murray’s calibre has achieved up to this point, but this is no ordinary tennis player.

As he proved by reaching the pinnacle of his sport and winning three Grand Slam titles in the most glistening of golden eras for tennis, Murray is a player who does not understand the concept of accepting second best and the tennis he has served up in the last three weeks will give his army of admirers real hope that glory days may still be ahead of the 32-year-old Scot.

A win against Tennys Sandgren in Zhuhai was a small step on the comeback trail as a first single victory on the ATP Tour was registered, with his wins against US Open semi-finalist Matteo Berrettini and fellow Brit Cameron Norrie in Beijing last week another stride forward.

His 6-2, 7-6 defeat at the hands of Dominic Thiem suggested he was not as far behind one of the world’s best in what should be the formative days of his comeback, and now the win against Londero adds another notch to the ladder he is climbing up.

Letting RIP when it matters 💥

“The court is by far the fastest conditions that I have played in since I came back,” he said after his latest victory. “I really struggled with that early on. I was mistiming the ball. I felt quite slow on the court, and he was pretty much dictating all of the points.

“I managed kind of early on in the second set to start putting a bit more on my ball, going for my shots a little bit more and just trying to hit through the court a bit more, get him on the defensive, which I did pretty well.

“I think each week I have been feeling better. In the beginning, I didn’t necessarily feel good, but the last couple of weeks have been much improved. My movement overall has been very good in comparison to what it was over in the States, and I’m hoping that’s something that can get a little bit better.

“Until maybe a month ago, I didn’t know I would be right at the top level. Since I got in China, I feel like I have been competitive against all of the players I have competed against. I challenged a top-10 player, a top-20 player and a top-30 player, not winning all the matches but feeling like I’ve done really well.”

They are words Murray may have hoped he would be muttering at this point in his comeback, yet even he might privately concede this return is showing more promise than he would have anticipated.

Many tennis experts were joined by those in the medical profession as they predicted Murray’s latest comeback effort after two years of agonising hip problems would be a fleeting experiment that would conclude with a second emotional retirement announcement of 2019, but that pessimism has already been erased.

How he ends this emotionally draining and physically demanding season will tell us more about where he is in relation to a top 16 that still features most of the names Murray got used to beating when he was in his prime, the signs are encouragingly positive for a player who appeared to have lost all hope at the start of this year.