Comment: Crestfallen Alexander Zverev is broken and he needs to find a quick fix 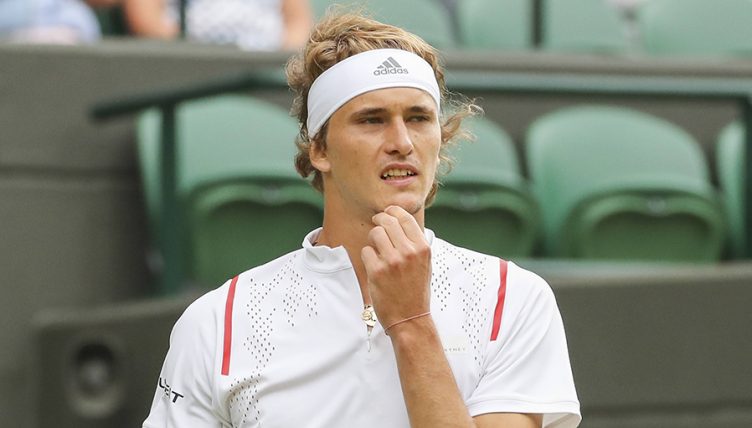 He looked like a man bereft of ideas, a lost soul in a tennis wilderness. As Alexander Zverev attempted to find the words to explain his latest failure in a Grand Slam tournament, his world appeared to have fallen in around him.

It was not just the fact he had lost 4-6, 6-3, 6-2, 7-5 to Jiri Vesely in a compelling contest on the redesigned Court No,1 at Wimbledon, as this was not the first setback of 2019 for a broken Zverev. It was the cumulative effect of the beatings that have taken their toll.

Like a punch drunk boxer who had taken one too many jabs, the fallen star who has long been tipped to rise to the throne when it eventually vacated by Roger Federer, Rafael Nadal and Novak Djokovic cut a lonely figure in a Wimbledon press room that could only feel sympathy for his plight.

“It was kind of a typical Grand Slam match for me. I started off well, then one or two things don’t go my way, and everything kind of a little bit falls apart,” admitted a brutally honest Zverev, who didn’t try to disguise his despair in front of his audience.

“I’m not very high on confidence right now. When I get to the important moments, I had, what, five, six breakpoints in the fourth set alone, can’t take any of those. I had a Love-40, a 15-40. I’m down one breakpoint myself and he takes it immediately, where I miss an easy volley. I didn’t lose this match on tennis. It’s just, yeah, my confidence is below zero right now.”

Zverev went on to open up on his torment, as he admitted he lacked the mental strength to compete in the game’s biggest tournaments.

“It’s just what happens with me. Physically I’m fine. I can play 10 sets, no problem. I don’t really get tired,” he continued. “Mental, I mean, I get down on myself a lot. But, yeah, I don’t think it’s neither of those because mentally I showed I’m quite strong in the last few years. It’s different things I think right now.

“Life is also one thing. Everything that happens outside the court affects you. In the last two days, I would say are very rough for me personally. I’m not going to get into details, but I’m just saying. I have to fix that to play well on the court.”

Zverev’s ongoing legal battle with his former agent is not helping his cause, but this dashing 22-year-old needs to find a way to banish his demons and allow the talent lurking inside him to overflow as many still believe it can.

Federer is an example of a player who needed time to harness his genius before he found the right balance and Zverev has to hope that script will be written for him when his tennis epitaph is penned.

For now, more questions than answers hover over a player who has yet to make a breakthrough when it matters most.

He has time to find a solution, but it appears that Zverev is still looking for answers to a conundrum that is getting more complicated by the week.