COMMENT: Stefanos Tsitsipas looks ready to emerge as a game-changer 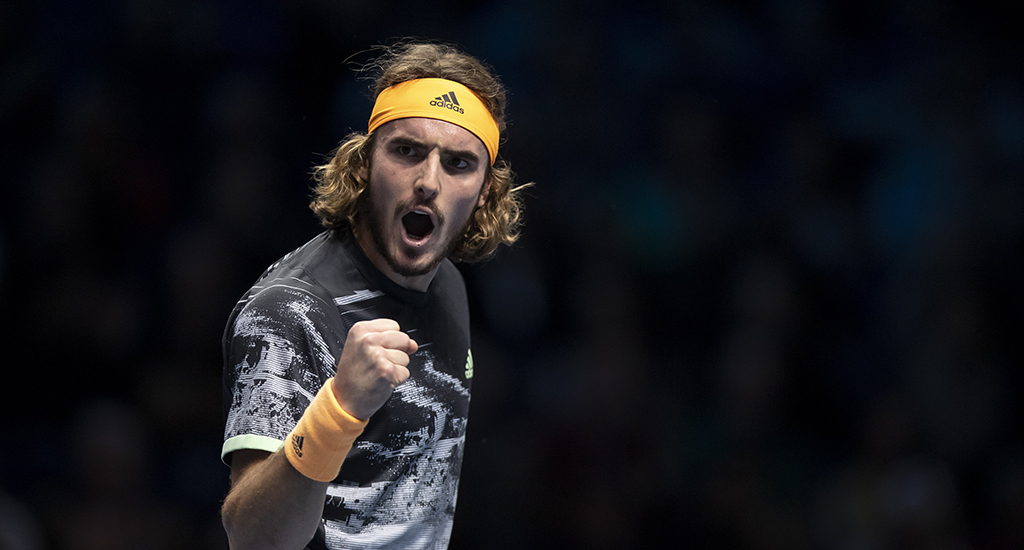 After a brilliant performance at the O2 in London, Kevin Palmer hails Stefanos Tsitsipas as a genuine potential game-changer for the ATP Tour.

It was a chant that symbolised so much more than the coronation of the next great superstar of tennis.

The rise of Stefanos Tsitsipas has not gone unnoticed in the tennis world over the last 18 months, but now his presence is known to a wider world and the sport should rejoice at his arrival.

As a packed out 02 Arena crowd chanted ‘Tsitsipas… Tsitsipas…. Tsitsipas’ seconds before the dashing Greek was crowned as ATP Finals champion following an epic contest against Dominic Thiem on Sunday night, the next generation of tennis was finally visible.

While Alexander Zverev’s ATP Finals win in 2017 was a breakthrough moment for the rising stars of the game, this victory for a 21-year-old who had the potential to fill one of the huge voids that will be left when Roger Federer, Rafael Nadal or Novak Djokovic make their exits from the biggest stage.

The successors to those icons need to prove they can convert their potential into something more than three-set wonders as their records in Grand Slam events is patchy at best, but ATP chiefs and the tennis world as a whole can start to believe that there will be life after the three giants who have dominated the game for a decade and more.

Tsitsipas is box office and he proved as much on Sunday night.

Federer, Nadal and Djokovic were all fit and present at the 02 Arena once again, but none of them made it through to the decisive match and it was a beaming Tsitsipas who took his chance to confirm he was one of their potential successors.

Tennis chiefs have been striving to find their next superstar over the last five years and after a worrying lack of contenders to fill that role, Tsitsipas, Zverev and Thiem offer a glimpse of a post-Federer era that is not as bleak as many predicted it might be.

Yet Tsitsipas was quick to suggest Grand Slam success now needs to follow for all of the ‘Next Gen’ stars.

“We have the big three dominating the Grand Slams over the few years and it makes it really difficult for us,” stated Tsitsipas in his post-match press conference at the 02 Arena.

“Someone needs to get job done and defeat them early rounds because once they get deep in a tournament, they tend to play better, feel better.

“So for me, that’s a really difficult task to do for players, to be able to beat them in these Grand Slams, because it’s the best-of-five format, and it just gives them more chances to stay in the match. It’s not a best-of-three.

“I think if things were best-of-three, it could have been much more different when it comes to Grand Slam champions over the years. So that’s an issue because they have been sharing how many Grand Slams? I don’t know. 60-something? And for us, for the young guys, you know, it’s all about time. The aim for next year is to win Grand Slams, for sure.”

With cracks finally showing in the armoury of the game’s big three, the countdown to the first major of 2020 in Australia next January is now underway and with the appetite for new faces at the top of the game burning brightly, Tsitsipas looks ready to emerge as a game-changer.