Comment: #TennisAtHome has highlighted all the best qualities in our sport 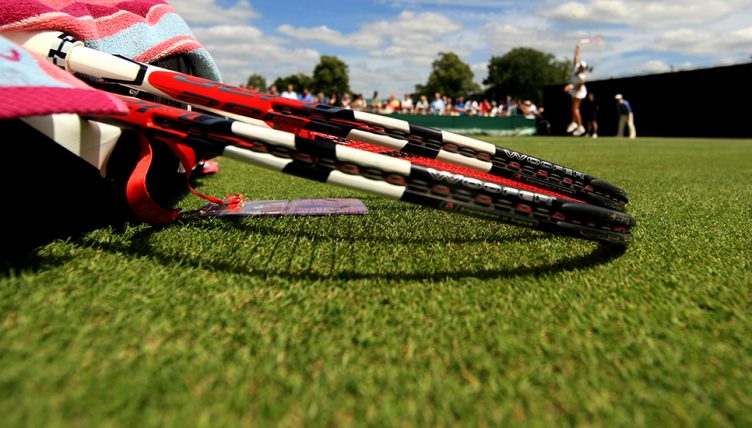 The game’s biggest stars and the worldwide community of tennis fans have been finding inventive ways to stay engaged in the sport during the coronavirus pandemic and good news may be on the way, writes Kevin Palmer.

With lockdown restrictions slowly being lifted around the world, club tennis courts could be among the first sporting venues to be reopened, with the distance between players ensuring we can play at a our local club relatively safely.

Getting back on the court would give us all a lift and while Wimbledon may have been cancelled for 2020 and the rest of the Grand Slam events may also be postponed until next year, tennis has been creating some positive stories in the last month as we all look to stay engaged with our beautiful game.

Andy Murray and Novak Djokovic led the way with their wonderfully frank and entertaining Instagram chat that created stories aplenty to keep the tennis world chattering, with Roger Federer and Rafael Nadal quickly following suit as they finally managed to link up on Instagram once Rafa worked out how to use the technology.

They were exchanges that allowed us to get an insight into the game’s biggest stars and we have also been lapping up the Virtual Madrid Open tennis live on Facebook this week, with Murray beat Nadal on clay in a manner we would not be like to witness if and when those two old rivals lock horns on the big stage once more.

Murray also showed some inventive spark with his ‘100 volley challenge’ video that encouraged couples to film themselves trying to master their skills, while Federer’s social media post urging fans to try and emulate his skills of hitting rapid volleys from close range into a wall produced plenty of interest from his army of admirers.

A challenge to all tennis players and fans… The 💯 volley challenge. There was no bickering during the filming of the video 🙄, although I think the last volley was aimed at my head… I can't be the only one that wants to see Rog and Mirka hitting a few balls together…🎾 pic.twitter.com/c0lMnNuSSQ

Other sports have been slow to engage with their fans, but tennis has led the way with innovation and we can look forward to more in the weeks and more probably months ahead without professional tennis on our screens.

We have all been looking at ways to stay in touch with the sport while embracing the #TennisAtHome theme and Touch Tennis has seen a boom in interest in their online content.

When Amazon start tweeting #touchtennis videos! All we need now is for them to start airing our tournaments! https://t.co/1SacnNhfPz

Adventurer Bear Grylls and comedian Miranda Hart are among those who have been promoting the diluted version of tennis that is played on a smaller court and with foam balls, with the option to play this form of the game on your driveway ensuring it is a perfect version of the sport to play right now.

Good for you guys @atptour promoting this… @touchtennis – so fun for people stuck at home and so good for fitness and tennis skills too! https://t.co/btiloPiTeQ

With only one serve permitted at the start of each point and a ‘no let’ rule spicing up the game, some epics points have been on display that have inspired plenty to play this form of the game at home.

Judy’s son Jamie Murray has also been sharing some tips and advice to stay in shape in readiness for a return to court with his social media video posts.

Meanwhile, Stoke Park Country Club and Hotel’s highly qualified resident coach Marc Codling has given Tennis365 readers some insights on games that can be played at home with this exclusive video.

The ATP have confirmed that their clip of two talented ladies in Italy playing tennis from one roof to another is their most-watched social media clip of all-time and it was an example of how we can use the extra time at home to hone our tennis skills.

If you are missing tennis, use your kids as practice partners on your driveway or in the back garden and you might end up uncovering a future champion at the end of this curious period in our lives.

My own new normal routine has involved a daily hit with my daughter Ana on our driveway and from relatively modest beginnings, we are now regularly having rallies of over 100 shots and have managed to develop an overarm serve that was not in her repertoire when we went into lockdown.

Live sport is back! Okay it’s only my daughter Ana and I having our daily driveway hit… the road to @Wimbledon 2032 starts here. All credit goes to her head coach @JudyMurray #TennisAtHome pic.twitter.com/3vOvdyKLXs

There are not too many silver linings to be found in our world right now, but our love of tennis should keep us all going.