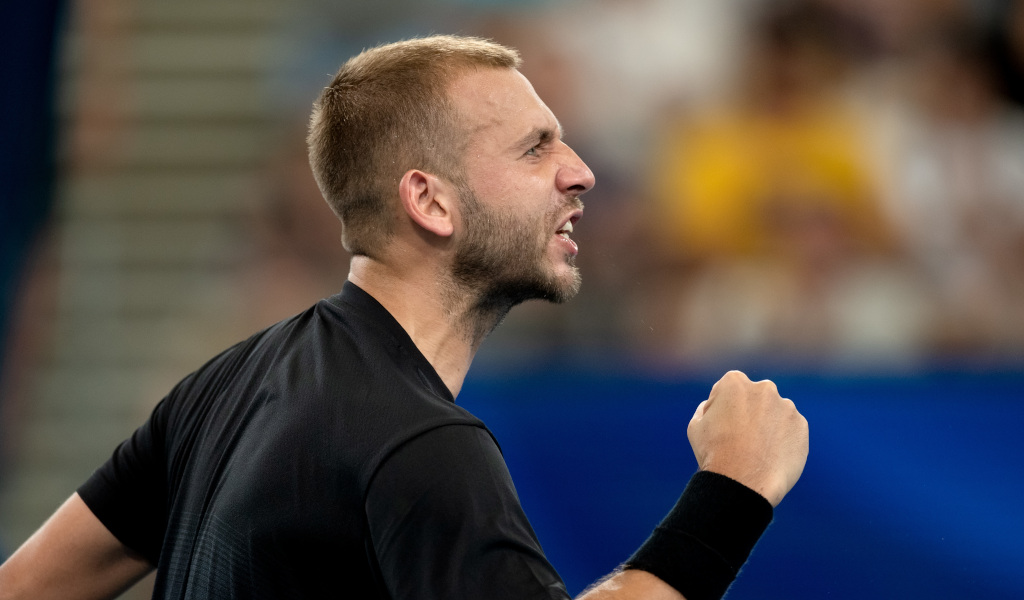 British No 1 Dan Evans is ending 2020 on a real high and one key statistic confirms he has been one of the stars of a bizarre 2020 tennis season.

While the Covid-19 crisis has been the dominant storyline over the last few months, Evans has cemented his status as one of the game’s most dangerous opponents with a glut of wins against higher ranked opponents.

Friday night’s battling three-set win against Grigor Dimitrov in Vienna was his eighth victory against a top 20 opponent this year, putting him in an elite list of players who have claimed wins against top ranked opponents in the last 52-weeks.

*Most wins against Top-20 players, last 52 weeks, thanks @tumcarayol

While Evans, 30, has admitted he was frustarted by his performances at the US Open and French Open, he has excelled in tour events and has beaten top 20 rivals Karen Khachanov,  Andrey Rublev and David Goffin in 2020.

That backed up an impressive run of results in 2019 that have helped him close in on a top 30 finish in the year-end ATP rankings, with Andy Murray among those impressed by Evans’ rise.

“I like watching him. He plays really well, moves well. He’s got a different style to a lot of guys on the tour,” states the former world No.1.

“Am I surprised he has got that high in the rankings? From where he has come from, with the issues he has had off the court, I would say he has done extremely well to get up there. Now he is there, he has a game that a lot of guys won’t like playing against.

“He seems very focused on his tennis just now and is working hard, competing extremely hard every single week. He will definitely give himself opportunities to get higher in the rankings.”