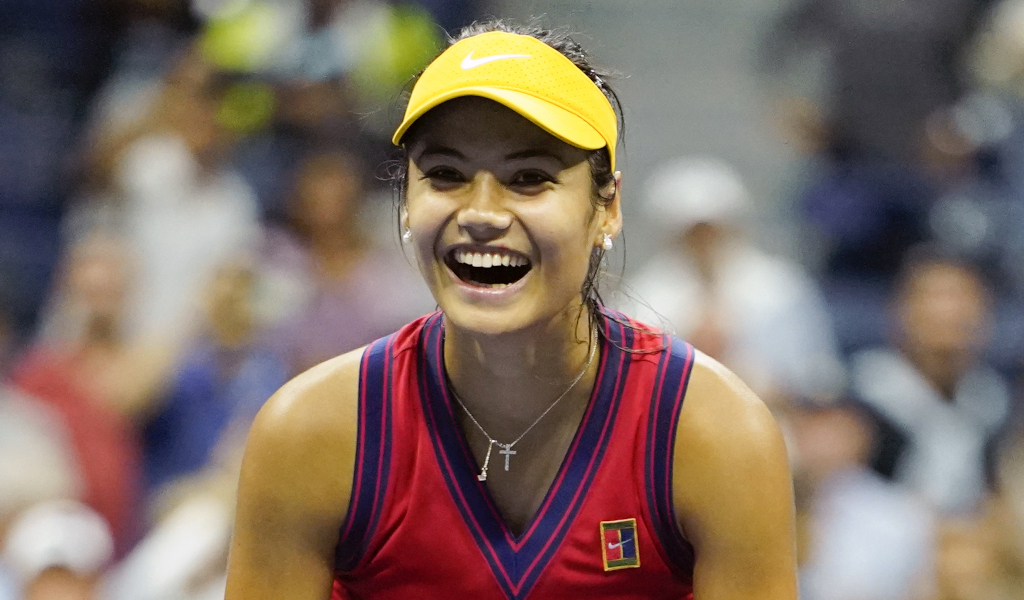 As 18-year-old qualifier Emma Raducanu hit a power-packed ace past her teenage rival at match point in the US Open final, the greatest story in tennis had its fairytale ending.

After ten matches in a remarkable campaign in New York, this wonderfully engaging and wildly gifted superstar had the moment that would define the rest of her life and the watching world struggled to believe what they were seeing.

Tennis is not meant to work like this as years of hard work and dedication go into winning Grand Slam titles, but Raducanu has done all that on a timescale that has never before been seen in the history of tennis.

She was the world No 338 when she was handed a wildcard at Wimbledon on June and now she is a Grand Slam champion and when the new world rankings come out on Monday, she will be ranked at No 23.

This is a tennis story from another world, yet as Raducanu spoke to a captivated crowd packed into Arthur Ashe Stadium, he composure and maturity continued to radiate through the TV screens of the tennis world.

“First of all, I really want to congratulate Leylah and her team, she played some incredible tennis and has beaten some of the top players,” said Raducanu. “The level was extremely high and I hope we play each other in many more tournaments and hopefully finals.

“As for this three weeks in New York, I would say having such a supportive team, the LTA my agent, and everyone back home watching on TV, thank you so much for your support over the years.

“Thank you for making me feel so at home from my first qualifying match, you have spurred me on in some difficult moments and I hope me and Leylah put on a good match today.

“Leylah is always going to play great tennis and fight, that is why she is in the final, I knew I would have to dig deep.”I fell somehow and thought that would throw me off balance – I was praying not for a double fault! We got through it and focused on the process and mindset, that really helped in those tough times.

“It shows the future of women’s tennis and depth of the game is so great, every player in the draw has a shot at winning any tournament, I hope the next generation can follow in the steps of some of the legends, for example Billie Jean right here.

“It means so much to have Virginia Wade here and also Tim Henman, British icons and for me to follow in their footsteps… it gave me the belief I could do it.”

There are times when we all get carried away by a sporting achievement, but no superlatives do justice to this remarkable young lady from Kent in England.

Relish the moment Emma Raducanu… your life will never be the same again.