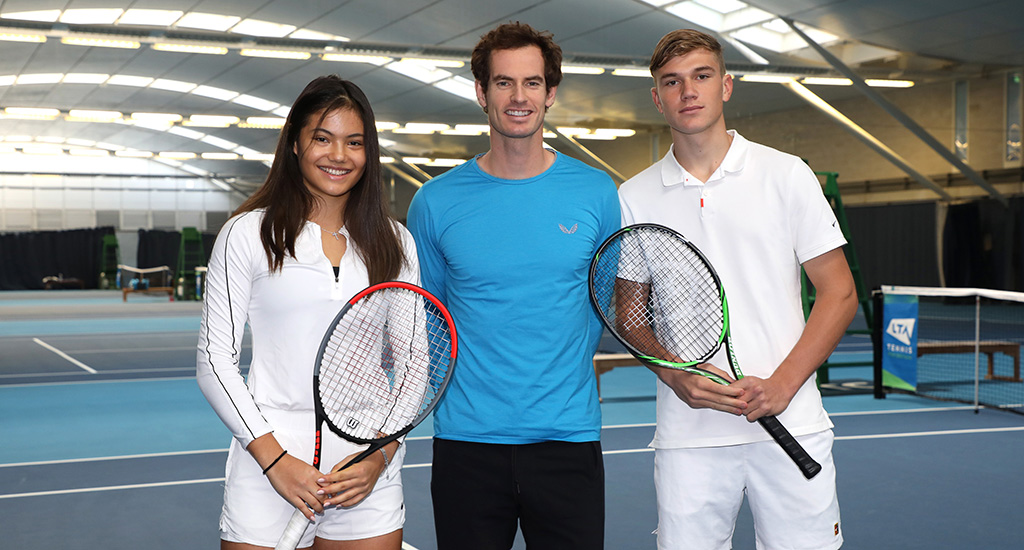 Emma Raducanu has become a quickfire sensation in the tennis world after her stunning run to the US Open final, yet the 18-year-old has been a rising star of British tennis for a decade and more.

Raducanu thanks the Lawn Tennis Association for their pivotal role in her development within their coaching set-up and now the governing body of British tennis has released a detailed account of her rise to tennis stardom.

By the age of 7, Raducanu was a regular on the circuit of local and regional LTA competitions across the south of England, and the habit of lifting trophies began.

Raducanu would not have to wait too long to claim her first title at national level, coming from a set down to win the LTA Winter National event at Graves Tennis Centre in Yorkshire in February.

At a regional level, Raducanu continued to compete above her age, rounding off 2012 by winning the Kent County title shortly after her 10th birthday.

The buzz around Raducanu reached all corners of the British tennis family, with her polished game catching the eye as she continued to make her mark in LTA-organised events.

She played her first match at Wimbledon in 2015, winning through the South East regional qualifiers to earn a place in in the Road to Wimbledon national finals on the famous grass courts of the All England Club.

A regular winner on the junior international circuit, Raducanu together with her father, took the decision to step up from the juniors and make her ITF Pro Circuit debut at an event in China.

It didn’t take long before the 15-year-old wasn’t just competing on the pro-circuit, but winning titles. She won her first ITF $15k title at an event in Israel in May 2018 – in 45 degree heat without dropping a set to become the youngest player that year to reach an ITF final.

Raducanu beat her US Open final rival Leylah Fernandez in Junior Wimbledon in 2018 (below), losing to eventual winner and future Roland Gaross champion Iga Swiatek in the quarter-finals, a player two years her senior.

As a reflection of her talent and potential, the start of 2019 saw Raducanu join the LTA’s Pro-Scholarship Programme alongside fellow rising star Jack Draper – the highest level of support offered to developing players by the LTA. It is provided to players aged between 16 and 24 with the best chance of reaching the ATP/WTA top 100 singles within five years and was backed by Andy Murray and Amazon Prime Video.

Having been aware of Raducanu from an young age, British Billie Jean Cup captain Anne Keothavong called the teenaged into her squad in 2019 has this week reflected on her early memories of Raducanu as she stated: “I still remember the first time I clapped eyes on her she was only about 11 years of age and I was doing my LTA coaching course.

“I remember saying to another one of the coaches I’m going to have to go full out here against her she’s that good. Emma always had something special. She’s remained a very down to earth person and I hope it remains that way.”

The Covid-19 pandemic halted her progress in 2020, but she exploded out of the blocks with a breakthrough performance to reach the fourth round at Wimbledon this summer, in her first Grand Slam experience.

Now the 18-year-old is the talk of tennis after her amazing run to the US Open final, as she became the first qualifier in tennis history to reach the final of a major.

With two British men in the final of the men’s double (Joe Salisbury winning the title and Jamie Murray a runner-up) and Raducanu into the singles final, the Lawn Tennis Association deserve plenty of credit for reviving the game in the UK and creating the environment for new champions to emerge.

You can read the full LTA profile of Raducanu’s rise HERE.