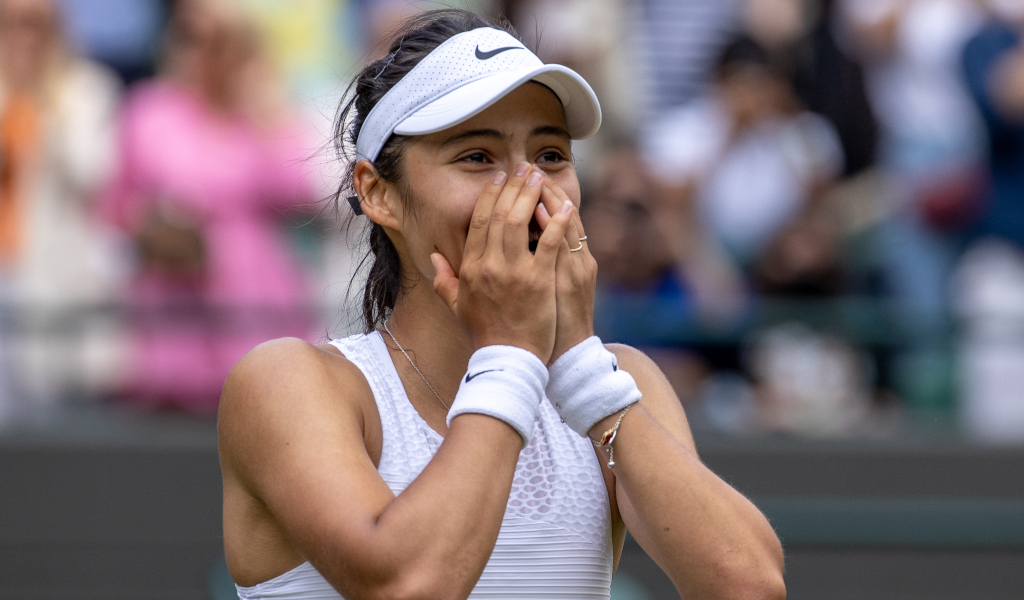 Every superstar-in-the-making needs a launchpad and for British teenager Emma Raducanu, the date of her breakthrough moment will always be July 3rd 2021.

There has been plenty of chatter in British tennis circles about the potential of the youngster who was born in Canada and came to the UK aged two with her Romanian father and Chinese mother.

When UK tennis chiefs secured Raducanu a wildcard into the main draw at Wimbledon, it seemed a little generous for a young player who had yet to win a match on the senior WTA Tour and was very much seen as a player for the future rather than the present.

Yet after witnessing her remarkable 6-3, 7-5 win against world No 45 Sorana Cirstea on Court One, there is no doubt that Raducanu is more than ready to become one of the game’s biggest stars right now.

The composure she showed as she took on an experienced opponent in her first big occasion on a show court at Wimbledon was exceptional and, after a sensational first set was won with a glorious lob, her resolve was severely tested in a thrilling second set.

After storming into a 3-0 lead, Cirstea snapped back and asked questions Raducanu has never had to answer before, but the kid who will open her A-level results later this month confirmed her temperament will hold firm under the most intense pressure as she booked her place in the last-16 and almost certainly a debut appearance on Wimbledon’s Centre Court on Monday.

“This is by far the biggest court I’ve played on. I think I coped quite well in the beginning, I just tried to hold my nerve,” said Raducanu, who displayed her engaging personality in her post-match interview.

“When I was packing to come into the bubble, my parents said, ‘Aren’t you packing too much match kit?’ I think I’m going to have to do some laundry tonight.”

The marketing executives will now be scrambling to get a piece of the Raducanu as this win has changed her life forever, with the £181,000 she has now secured by reaching the fourth round of her first Grand Slam a welcome bonus as she makes rapid leaps up the WTA Rankings.

Raducanu has already leapt up around 238 places to a provisional 175th place in the rankings and if she beats Australia’s Ajla Tomljanovic on Monday, she will be getting close to a ranking that will give her direct entry into next month’s US Open.

Invites into other major events could come her way if she become a Wimbledon quarter-finalist and now the challenge for Raducanu and her experienced coach Nigel Sears, who is Andy Murray’s father-in-law, is to keep this level-headed young lady grounded and get her ready to go again against Tomljanovic.

Raducanu has some form at Wimbledon as she made it to the 2018 juniors quarter-finals where she came up against future French Open winner Iga Swiatek, with the rise of the opponent who beat her in that match evidence of what could lie in wait for a player who is about to become one of the most talked-about in all of tennis.

With a big serve, powerful ground shots, wonderful consistency and an ability to rise to the moment when the pressure is applied, Raducanu appears to have all the raw materials to become a huge star and her arrival on the scene could not be better timed.

After Andy Murray gave a big hint on Friday night that his time in the game may soon come to an end, British tennis could have found his replacement as Raducanu has star quality in abundance.