EXCLUSIVE: In conversation with the coach leading the LTA’s flourishing wheelchair tennis programme 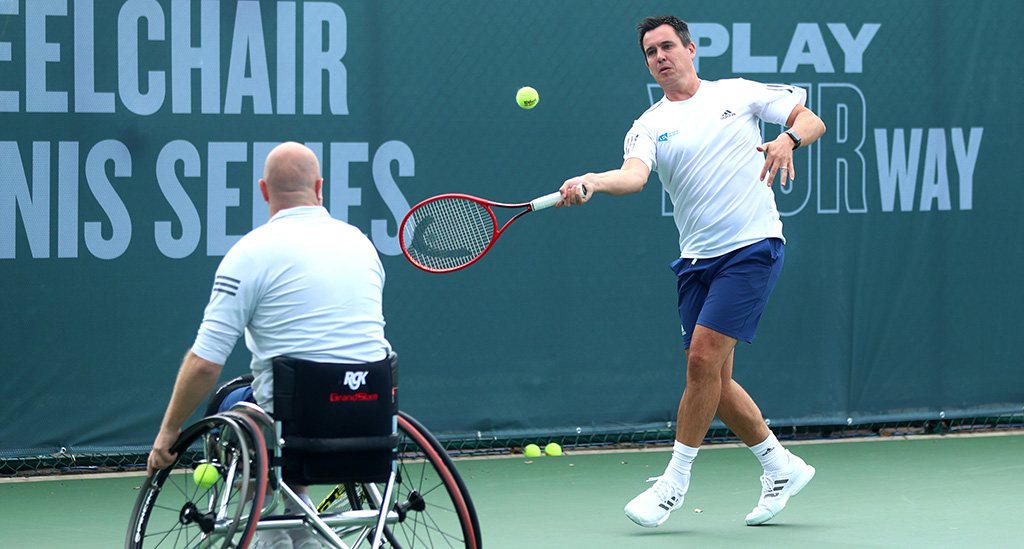 British tennis has led the way in the evolution of wheelchair tennis in recent years and for Wheelchair World Class Programme Head Coach Rob Cross, the journey is about to begin all over again.

After so much of our collective lives ground to a halt in March at the start of the Covid-19 crisis, tennis is slowing getting back on its feet and Britain’s elite wheelchair players performed heroics at the US Open earlier this month.

Alfie Hewett and Gordon Reid maintained their dominance of the doubles game with another US Open triumph and Hewett so nearly added singles glory to his list of achievements as he lost a deciding set tie-break against top seed Shingo Kunieda in New York.

Now their sights are now set on more Grand Slam glory at the French Open and as Tennis365 caught up with the coach focused on maximising their potential, it was evident that his role is all-consuming.

How do you reflect on the efforts of your players at the US Open?

It was just great to see them back in competitive action after what has been such a tough year. Alfie and Gordon were fantastic in the doubles and we so nearly had a singles winner as well, with Alfie just losing out to Shingo Kunieda as he played a wonderful final set tie-break. The main point of interest was the players all look strong on-court physically and that was great to see as training has been tough over the last few months given everything that has been going on. 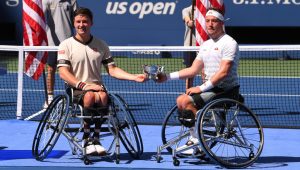 What can we expect from the British players at the French Open?

We have a tournament on the French Riviera ahead of Roland Garros and it will be great to get some time on the clay before we all head up to Paris. I’m going to France to be with the players for both events and it is great to get back on the road and back to doing what we all love to do. Tennis coaching is all about interactions on court and working with players and it hasn’t been easy to do that this year for obvious reasons.

How did the Covid-19 shutdown affect your role working with the players?

There was a long period when were all shut down. We sent out training equipment to players and they had individual programmes to keep themselves in shape. Our strength and conditioning coach stayed in touch with the players via Zoom, but it was a challenging period when they were not allowed on court. We sent out exercise equipment for the players to work with during that period and they all show so much determination to keep fit and get ready for whenever they could return. Not knowing when they would come back made it difficult.

Describe your role at the LTA and how you work with the wheelchair players?

All the players have their own coaches, but my job is to lease with those coaches and offer support from the LTA in any way possible. Each player has an IDP, an individual development plan, and I have an overview of how they are all getting on and have regular contacts with players and coaches.

The LTA have been huge supporters of wheelchair tennis in recent years, so has that backing helped our players achieve their potential?

Without a doubt. The ambition of the LTA is to lead the way in wheelchair tennis. We have a competitive group of players challenging at the top of the game, but we need more exposure for the sport. We just want people to watch the sport because if they do that, I’m sure they will enjoy it. We see it every year at Wimbledon as people walk around the grounds with a Pimms in their hands and stumble across a wheelchair match on an outside court. Generally, they stay and they stay for a long time watching and that is the draw of the sport. 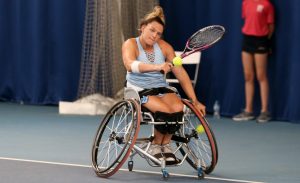 The Paralympics have been moved to 2021, so is that the primary focus for the players now?

Moving the Paralympics back a year had been a big challenge for a lot of our players because we were in the countdown to Tokyo when lockdown came in and everything needed to be put on hold, but it is the big focus for our sport every four years. All the players want that gold medal. It’s the ultimate dream for any athlete.

How tough is it to make enough money to have a career in wheelchair tennis?

It’s really tough to make money out of wheelchair tennis. The Grand Slam events offer good money and that is where the top players can make a success out of it, but you need sponsorship and backing to have a real go at playing wheelchair tennis. Compared to other Paralympic sports, this might be the best there is out there in terms of exposure and the ability to make a living, but it is tough.

What is the LTA’s ambition moving forward for the wheelchair game?

We want to get more junior players playing as well as it is such a rewarding sport for disabled athletes. We have proved we can produce world champions, the best in their class, but we are always looking to grow and find more talent.