EXCLUSIVE: In conversation with the director of Andy Murray: Resurfacing 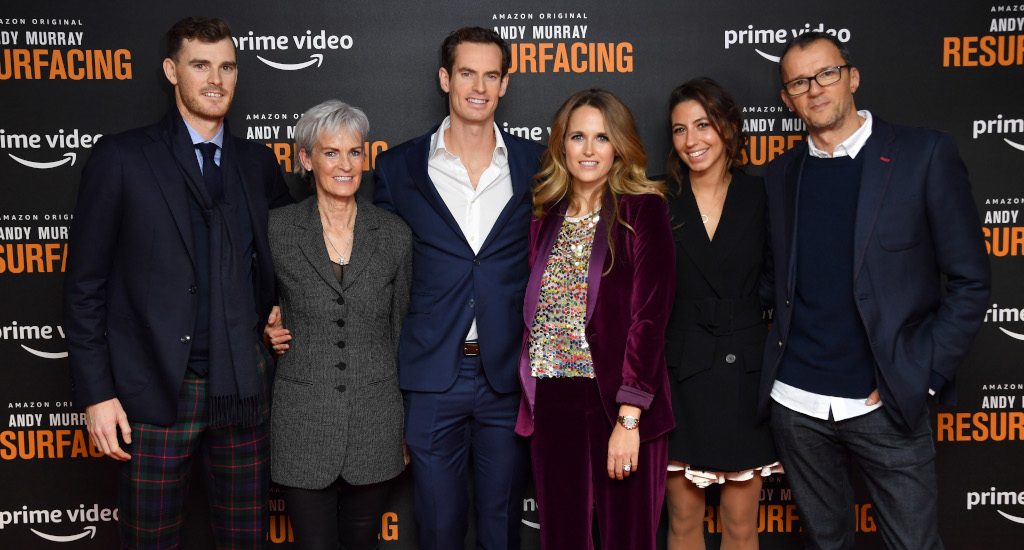 Andy Murray’s Amazon Prime Video documentary Resurfacing has received universal critical acclaim in the last week and Tennis365 sat down with the film’s director Olivia Cappuccini as she gave us the inside story on becoming a member of Team Murray during the most traumatic 18 months in his record-breaking career.

Andy is known for being reluctant to open up in public, so how did you convince him to make such a personal film?

Olivia Cappuccini: “I have known the family for a few years as my partner is the brother of Andy’s wife Kim and January 2018, they asked if I’d be interested in documenting his recovery from the first hip operation. It was his idea to make the film, so I knew he was committed to it from the start and the initial plan was we would film him up to his Wimbledon return in 2018 went and the film developed into something much bigger. About three or four months into that, we realised the original story changed as we didn’t know if he could return and that’s when the film went to a different level.”

Did you fear the documentary would have a sad ending when it looked like he was about to retire from tennis at the Australian Open in January?

Olivia Cappuccini: “That was never a concern for me once he had the final hip operation after Melbourne and he was pain-free. From that point forward, it was a win-win situation for us. Even if he didn’t play again and knew that he had done everything he could to get back on court, he would be happy with that. If he couldn’t play, was pain-free and able to spend more time with his family that would be a positive ending. As it was, he was able to get back on court so that was a great ending to the film.”

Some critics continue to have a negative perception of Murray despite his incredible success, so do you hope this film will change those views?

Olivia Cappuccini: “Anyone who has those views doesn’t know him. This film allows you to see Andy Murray with his team and with his family. He doesn’t allow people into that world often, but he does here and I hope people like the film he allowed us to make. We wanted to tell a story that didn’t just appeal to tennis fans and had a wider appeal. Amazon are investing in a lot of good quality content and hopefully this adds up what they have on their platform.”

Did Andy have final say on what footage went into the film?

Olivia Cappuccini: “Not at all. In fact, Andy did not watch it all the way through until the premiere in London last Monday and his wife Kim had given it a sign-off. So she might be in trouble if Andy doesn’t like it!
It meant we were allowed to make the film we wanted. It was the most honest, truthful and gut-wrenching story and when we showed it to Kim, thankfully she didn’t tell us to change anything.
You can get obsessed with showing the sport and think we are making a tennis film, but that’s not what this has become. I was slightly concerned that Andy fans don’t see enough tennis, but we wanted to bring in as big an audience as possible as this is not just a sports film.”

You had so many contributors to this film and it looks like you had to leave a lot of footage out of the final edit. Was that a problem?

Olivia Cappuccini: “We had so many interviews with Roger Federer, Novak Djokovic, Rafael Nadal, the Murray family and his former coaches, which all had to be condensed due to the amazing footage we had with him. Hopefully we made the right choices on what we left in and Amazon were incredibly supportive in letting us do what we needed to do and not putting us under pressure. Things changed so much over the two years and if we were limited by deadlines, it would not have worked for us.”

Did you have to convince Andy to start making the video diaries that are one of the most compelling parts of the film?

Olivia Cappuccini: “It started when he had his initial surgery in Australia because I wasn’t there and I asked him to capture as much footage as possible. We just sunk into a great routine where he would capture himself. He wasn’t sure if I would find the stuff he was recording interesting, but it’s a great part of the film.”

He sent you an amazing video message from Washington last year, as it seemed he had finally given up hope of making it and cried in his chair on court after the match. Could you believe it when that came through on your phone?

Olivia Cappuccini: “I didn’t dare talk to him after I saw him break down on court as it was so emotional, but he did that video in his hotel room and it was so emotional. He sent that to me because he felt it was so important to see everything behind closed doors and to be fair, this film would be nothing without that input.”

Was it hard to convince the surgeon to allow you to film Andy’s big hip operation last January?

Olivia Cappuccini: “Not at all, they were totally up for us being there and I was so excited that they let us do it. It’s a pretty gruesome part of the film but really important because you need to see what Andy has been through to fully appreciate it.”