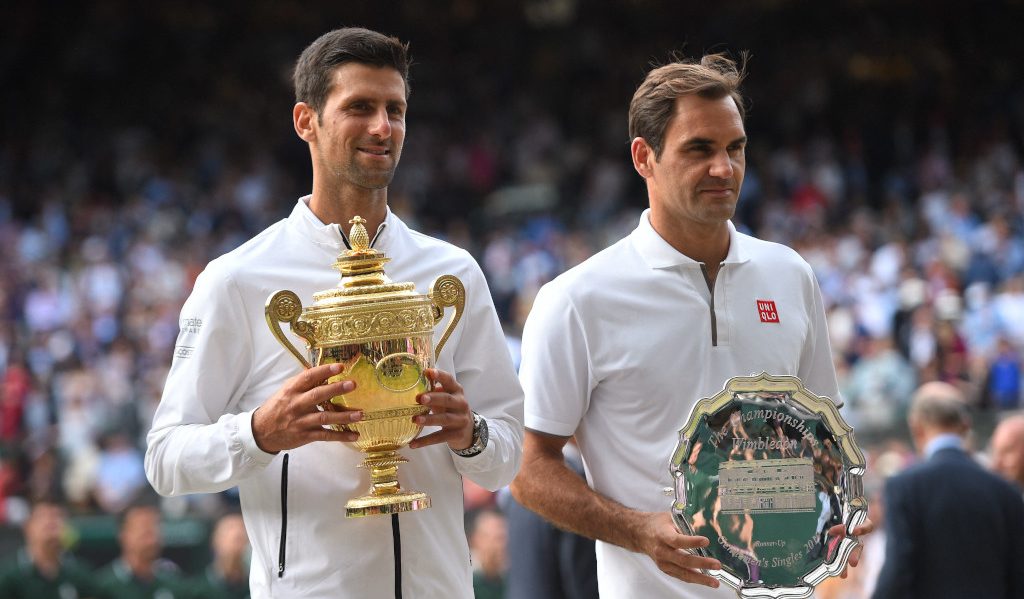 Amazon Prime tennis expert Mark Petchey believes Novak Djokovic’s victory against Roger Federer in the Wimbledon final this year was not the best match played between two of the game’s modern icons, as he suggests the drama of the final set deciding tie-break put a gloss on the battle that lacked quality.

Djokovic and Federer will renew rivalries at the ATP Finals in Thursday as they meet for a 49th time in their enduring rivalry, with the Serb leading their head-to-head record by four after he saved match points and went on to win the Wimbledon title against the Swiss maestro in an epic 7-6, 1-6, 7-6, 4-6, 13-12 win.

The winner of their latest meeting will progress to the semi-finals of the end-of-season event in London, with Petchey hoping to see a match laced with more brilliance this time.

“This year’s Wimbledon final was a great drama, but I don’t think it was the best match we’ve seen from Roger and Novak in terms of the quality of tennis they produced,” Petchey told Tennis365. “The fourth set improved and then the 12-12 tie break finish was ridiculous, but Roger will look back at that and believe he should have taken it.

“Those two guys have played so many great matches against each other and you just felt that the first three sets at Wimbledon in July lacked some quality.

“You could see that Federer was trying to get the game finished quickly when he had the two match points and it shows that even the greats get nervous at the biggest moments them all. He has won so much, but that extra Wimbledon title was there for him and he desperately wanted it.

“Most of the time they are able to play through that stress, but he didn’t quite get over the line on that occasion and I’m sure it is still hurting him now.”

Petchey suggests the match that defined this tennis season was Rafael Nadal’s sensational five-set US Open final win against Daniil Medvedev, as the Russian came from two sets and a break down to so nearly win his first Grand Slam title.

“It was a great story in the US Open final,” he added. “Medvedev started the tournament as the villain and ended up being cheered off the court in the final.

“What was on the line for Rafa, who is going to end with the most majors, and then suddenly having this guy come back from two sets and a break down, it was amazing and it has to be my match of the year.”

Amazon Prime will have live coverage of the ATP Finals from the 02 Arena in London every day from November 10th-17th.