EXCLUSIVE: Todd Martin on why Roger Federer will be dangerous when tennis resumes

Former US Open finalist Todd Martin has backed Roger Federer to explode out of the blocks and challenge for his 21st Grand Slam title when tennis gets the green light to resume.

With doubts over the rescheduled French Open taking place in Paris and Wimbledon already cancelled for 2020 due to the Covid-19 pandemic, there are suggestions that the US Open could still be played this year amid suggestions that it could be moved to Indian Wells in November.

Speaking exclusively to Tennis365, Martin believes a potential US Open in California could offer Federer a glorious chance to use his natural abilities to become the first 39-year-old to win a Grand Slam title.

“I would look at Federer and think that he would like to play the US Open on day one after quarantine because his game is so simple and instinctive and traditional,” Martin told us.

“I would imagine he would be able to wake up and hit the tennis ball better than anyone right away. He is a natural.

“When I was coaching Mardy Fish in the mid-2000s right after I stopped playing, we went over to London and set up practice with Roger. I was out on the practice court and Roger couldn’t have been lazier. No footwork, just slapping the ball around.

“There was one sequence in the warm-up, just five minutes in, and he hit three backhand slices in a row and he hit them three different ways. Probably, none of them were technically right, but his hand and his upper body balance were so good that he made each of those balls do exactly the same thing.

Martin believes the shut-down of the tennis tour and the postponement of the 2020 Olympics in Tokyo may have impacted Federer’s potential retirement date, as he suggests the Swiss maestro will not want to end his career on a low note.

“Laver Cup in Switzerland last year looked at one point in time as a logical farewell,” he reflected. “Then, I think most conventional wisdom went towards 2020 and the Olympics, Roger would call it a day.

“With the Olympic being postponed, I would imagine it will compel him to play another year. Plus, this is no way to end anything. It is really important to Roger, I would imagine, to conclude his career on a bona fide high note. 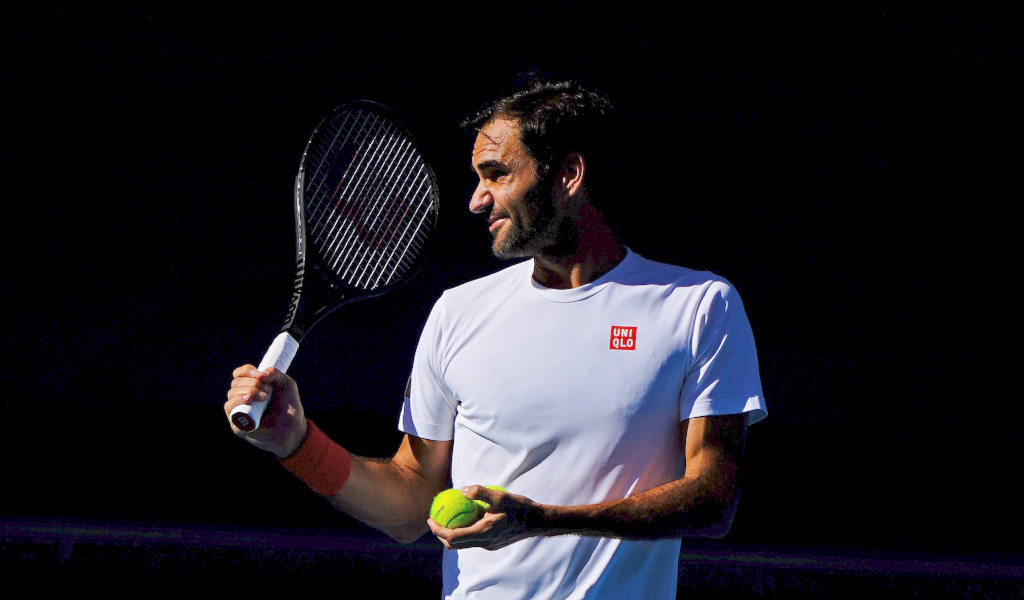 “Nothing I’ve seen indicates that physically he is incapable of keeping going. Nothing I’ve seen has indicated his love for the sport has waned, so I wouldn’t be surprised if we see several more years out of him.

“This is going to be a challenging phase for players to cope with. None of them, except for injury, have had this type of time like this just to chill-out. Health will be high, but there are no repetitions for any of them.

“Caging that animal (tennis players) will have consequences, but they don’t get to hit any tennis balls and most people will have different ideas on how to train now.

“How quickly they can come out of this and get back into playing shape and restructure or prepare their game will be really interesting.”