Farewell Maria – Queen of the court who never received her coronation 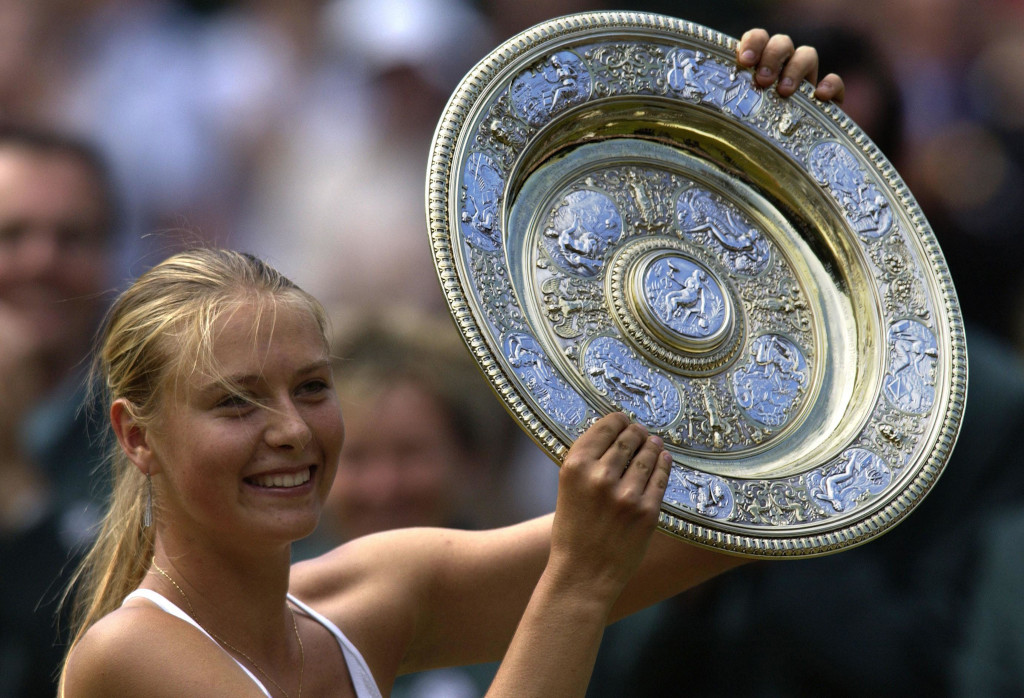 She was the golden girl of tennis for a decade and more, yet Maria Sharapova was never likely to receive the platitudes normally reserved for an outgoing legend of the game as she confirmed her retirement.

At the age of 32, Sharapova’s on-court achievements have long-since ensured that she has earned the right to be hailed as one of the game’s all-time greats, with her presence on the list of just ten players who have won all four Grand Slam titles confirming her status as one of the greats.

Even when her ranking slipped at the backend of her career, tournament organisers would always put her on centre stage as this was a superstar who was worthy of special attention, yet there are so many reasons why Sharapova’s presence has created unease in a tennis family that found it hard to embrace her glamorous charms.

While players like Serena Williams and Caroline Wozniacki mixed competitive rivalry with a strong bond off the court, Sharapova often admitted she did not befriend her WTA opponents and her cold presence in the locker room did little to dispel the myth that she was a star eager to operate in her own world.

“I’m not the one to strike up a conversation about the weather and know that in the next few minutes I have to go and try to win a tennis match,” she confirmed in 2018. “I’m a pretty competitive girl. I say my hellos, but I’m not sending any players flowers as well.

“I’m not really friendly or close to many players. I have not a lot of friends away from the courts. ”

When she said she is not really close to a lot of players, is that something strategic that she is doing? Is it different on the men’s tour than the women’s tour?

“I have friends that have completely different jobs and interests, and I’ve met them in very different parts of my life.”

Her comments explain why support from her fellow players and the game as a whole was in short supply when she failed a drug test at the 2016 Australian Open.

Sharapova’s explanation was weak after she claimed he was unaware that meldonium – a medicine that increases blood flow, which improves exercise capacity in athletes – had been added to the banned substance list a few weeks before the tournament in Melbourne.

For her part, Sharapova seemed somewhat bemused by the outrage her fall from grace had not been cushioned by the Women’s Tennis Association, with Eugenie Bouchard among those who went public in condemning Maria.

“She’s a cheater and I don’t think a cheater in any sport should be allowed to play that sport again,” declared Canadian star Bouchard and, while many of her fellow players agreed with those sentiments, they opted to use a vow of silence when asked about Sharapova’s drug shame to highlight their deafening condemnation.

The tennis public also seemed to struggle to find excuses for Sharapova, with her status as a superstar of the game not translating into an affection that endured through her drug ban shame.

That familiar whaling scream every time she hits the ball was as annoying as it appeared to be unnecessary, while her vast commercial earnings away from the court were viewed by her detractors as evidence that Sharapova the brand was more important that Maria the tennis player.

Perfume adverts, handbag endorsement, fashion tie-ups and her Sugarpova candy range were as much a part of the Maria roadshow as her thumping forehand, but the reservations surrounding the Sharapova brand need to be suspended when her on-court legacy is chronicled.

While it will always be hard to overlook the failed drug test when the Sharapova story is chronicled, the tale of the Siberian-born kid emerging from a family that fled from Belarus following the disaster at the Chernobyl nuclear plant to become a sporting superstar is a script that demands the treatment of a top-tier movie director.

Sharapova was just six-years-old when she moved to Florida with her father and the drive to take her family out of poverty gave her a passion to succeed that shone through every time she took to the court.

Her Wimbledon win in 2004 as a 17-year-old breakthrough act will forever be one of the iconic Centre Court moments and the 35 titles that followed for a player who became world No 1 in August 2005 a record that cements her greatness.

A battler who never knew when she was beaten, Sharapova finally admitted her time was up with announcement across a variety of media outlets as she gave up in his battle to convince her failing body to chase down one final ball.

She is the queen of the court destined never to receive her coronation, with the asterisk that will always be next to Sharapova’s name impossible to erase.