How do we get tennis back? Here is a Tennis365 plan on how the sport can make a return

As the sporting world shut down in early March due to the coronavirus pandemic, the tennis community came to terms with the grim reality that left few glimmers of hope.

With the sport effectively a rolling global circus that relies on international travel from all corners of the globe involving players and event organisers, the prospect of major events being staged any time soon appeared to be impossible to envisage as Covid-19 swept through the world at an alarming rate.

Former Wimbledon semi-finalist Tim Henman, who was part of the committee that cancelled the Wimbledon Championships for the first time since the Second World War, told Tennis365 that tennis may not return until 2021, while former All England Club champions Andy Murray and Rafael Nadal were among those suggesting the rest of this calendar year – which is still scheduled to include the French Open and US Open – is likely to be shelved.

Yet after the ATP and WTA Tours confirmed they had cancelled all events up to the end of July, the restart of sport around the world in recent days have provided tennis with a potential blueprint to contemplate some kind of restart sooner than expected.

After football returned in Germany with Bundesliga getting underway and golf’s PGA Tour set to start again next month, tennis should finally start to think about what happens next.

Here is a Tennis365 vision of what could happen next, with the new normal we are all getting used to likely to require a change of emphasis for the game’s biggest events.

‘MASS GATHERING’ BANS ARE AN ISSUE

With mass gatherings banned in many counties around the world, limiting the number of people at the main site of a tennis tournament will be crucial to any hopes of getting events in motion and it may be that smaller draws for tournaments will limit the number of matches and make that prospect feasible.

The ATP NextGen Finals has trialled Hawkeye technology that ensures line umpires are not required for a top-level match, with the chair umpire getting a message that confirms if the ball is out and makes the call from the chair.

This would eliminate the need for sizeable teams of line umpires at every tournament, with the drive to limit the number of people at tournaments locations likely to be crucial to any hopes of getting events back on in 2020.

“It was very fast, it doesn’t make mistakes. I really liked it,” said world No 5 Daniil Medvedev of the Hawkeye line-calling system. “In every other sport there are innovations, and this thing without line judges makes it fairer, I would say.”

A huge number of staff is required to ensure a major tennis event runs smoothly and if all of them remained at the main site of the event, getting numbers down to an acceptable level to comply with Covid-19 protocols would be an issue.
So plans should be put in place to relocate a sizeable number tournament staff working away from the main site of the event, carrying out their duties without the need to be present near the court.

Anyone who has seen the inner workings of major tennis tournaments will know that a large proportion of those involved never see a ball being hit, so logistical staff, television studios and additional organisers could be based at remote locations.

The French Open and US Open remain on the tennis calendar for 2020, yet the idea of Grand Slam events over two weeks with draws for 128 men and women in singles and sizeable entries in doubles events are impossible to imagine at this stage of the Covid-19 pandemic. 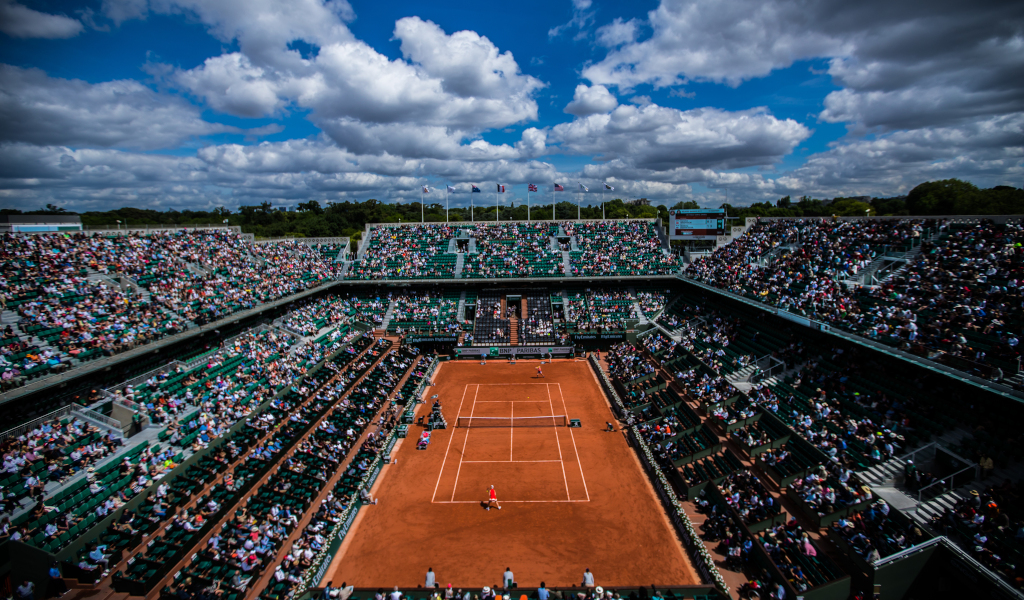 Smaller draws for the two remaining majors of the year could be considered, again using the model of larger qualifying competitions and additional prize money to support lower-ranked players, but that would be changing the fabric of the four most cherished events in the sport.

Smaller events appear to be more viable at this stage of the pandemic and there must be a hope the men’s and women’s events could be played at a select few venues – on separate weeks – that would reduce the number of people on site.

Tennis is blessed with some advantages that mean it could find a way to return ahead of other sports, with the distance between players on court ensuring social distancing can be maintained during the match.

As a result, tennis and golf have been among the first sports opened up for members of the public to play as governments around the world assess how to release their lockdowns.

With golf’s US PGA Tour set to return to full action on June 11th with big fields of players set to take part, tennis needs to start considering its options to follow suit and ensure 2020 is not the write-off it looked set to be at the start of this global crisis.

Even if we have to make do with Rafael Nadal v Roger Federer playing an exhibition match from the Nadal Academy in Mallorca, tennis CANNOT be mothballed until a vaccine is found to end the Covid-19 crisis.

Spectators may not be in attendance until a solution is found to quash the new coronavirus, but there are no guarantees that will be found and it means the sport needs to start assessing how it can make a return despite the challenges it faces.

“Our desire for high definition, high production quality content has flown out the window, so I think that presents an opportunity for our sport to get some great matches on,” former US Open finalist Todd Martin told Tennis365 in an exclusive interview.

“Some of the best battles I had in my career were at a local club, with the prize of paying for dinner on the line. It is not a sustainable model long-term, but if the guys wanted to get together and play it could be spectacular behind closed doors.”

The truth is, tennis should to act now to get a version of the sport back as soon as possible. If we are waiting for a vaccine, the future of sport may be in grave doubt, so the ATP, WTA and ITF need to double their efforts to get tennis back in gear in some form as quickly as possible.