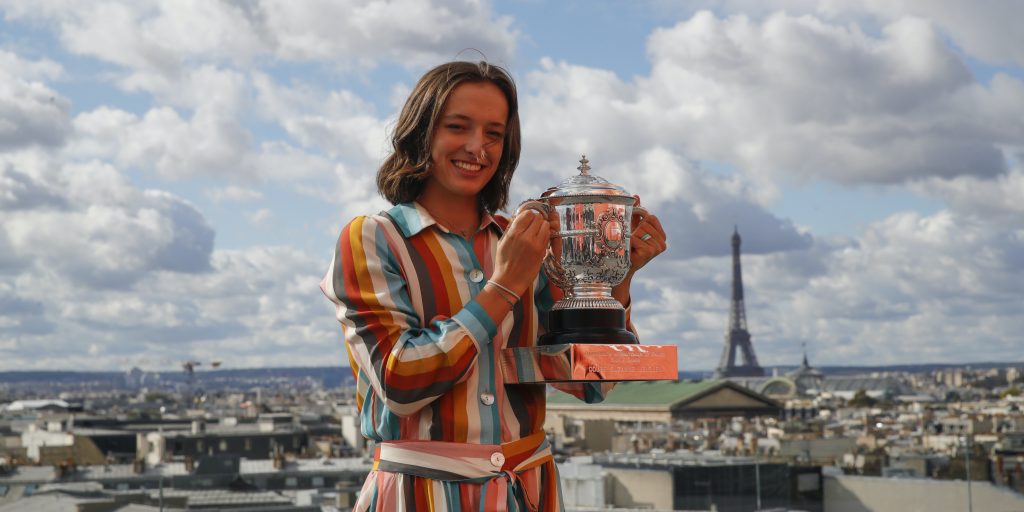 French Open champion Iga Swiatek is set to become one of the new faces of tennis in 2021, with his clothing sponsor ASICS eager to make her the star of their tennis branding in the New Year.

Polish teenager Swiatek emerged as one of the star turns of a disrupted tennis year, with her flawless performance as she won her first Grand Slam title promoting her claims to be a future world No.1.

ASICS move to sign up Swiatek to a clothing deal earlier this year now appears to have been a shrewd move, with Rene Zandbergen, senior Manager of ASICS Footwear, telling Tennis365 about the plans than have for their newest brand ambassador.

“We started working with Iga this year, we partnered with her because we saw such a huge potential, and we thought we could support her on what is sure to be an exciting and long career,” Rene told us at the launch of the ASICS Solution Speed FF 2 trainers. “We couldn’t be prouder of what she has achieved in such a difficult year.

“Iga, like all of our athletes will be involved in product development. We have already had great conversations where she has provided insight into where we should innovate for the next season.

“She is also a great ambassador for us as a brand, she is a believer in our philosophy of “Sound Mind, Sound Body” (ASICS is an acronym for Anime Sana in Corpore Sano, which means “A Sound Mind in a Sound Body”. And for sport specifically it is the power of sport to uplift the mind.

“She will have a big role in product development with us, we can’t share too much just yet but we are excited with the ideas she has already.”

ASICS are also hoping to see huge progress from another of their tennis starlets in the New Year, with 20-year-old Frenchman Hugo Gaston a big hope after his run to the fourth round of the French Open.

“We believe in supporting the next generation,” added Zandbergen. “You may have seen more ASICS on the court at Roland Garros this year, with Hugo Gaston playing very well and with the winner of the junior event, Dominic Stricker.  We have a great group of next-gen and juniors players who we are excited to support in their developing career.”